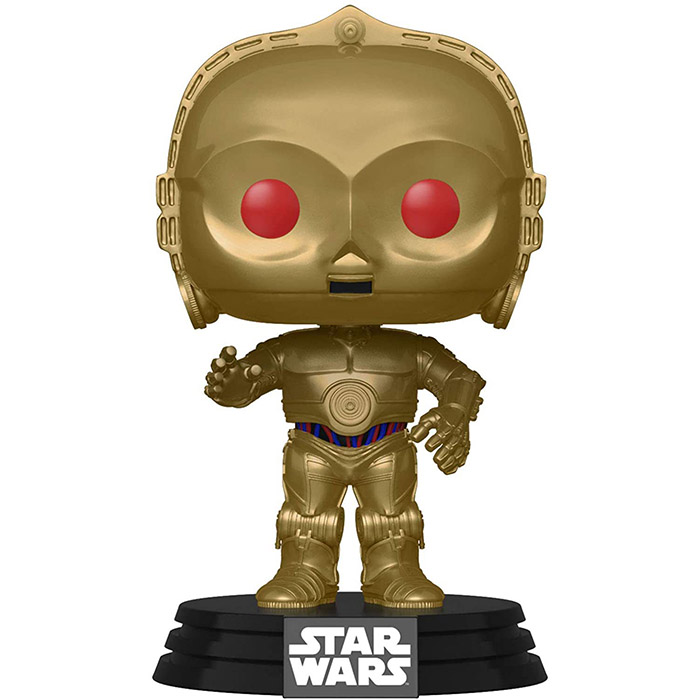 C3-PO is one of two members of the small robot duo from the original Star Wars trilogy. While R2-D2 is a co-pilot robot, C3-P0 is a polite protocol robot who is not supposed to embark on adventures and is not prepared for action. However, when Princess Leia is captured by Darth Vader, she gives an SOS message to the two companions to find Obi Wan Kenobi. They are going to be recovered by Luke Skywalker while they were about to be dismantled by a merchant who had recovered them. The two of them then embark with the two men on Han Solo’s ship to go and help the princess and later join the rebel alliance. C3-PO is a very polite robot and always very worried but who will nevertheless show himself very brave when it is necessary. 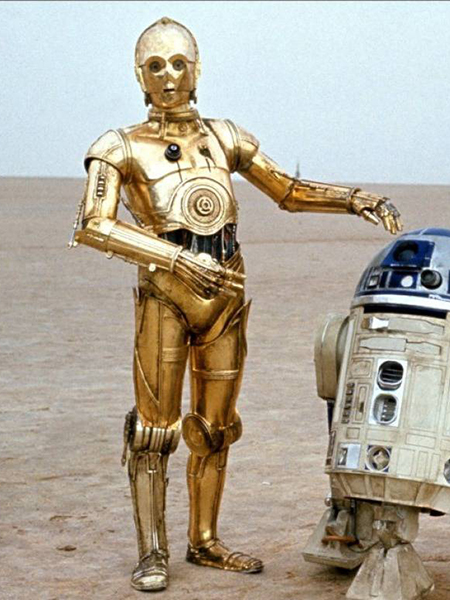 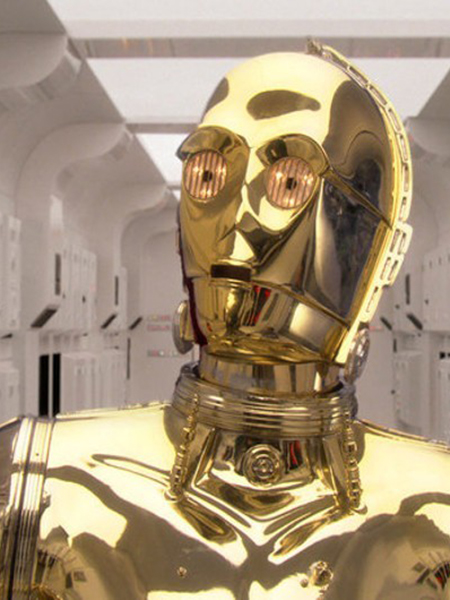 For this new version of the little robot, Funko represented him with a panicked look and his red eyes. We find his all-golden and humanoid look. The details of his metal frame are particularly well represented and we can even see the many wires visible at the level of the opening towards his belly. His two arms are raised to add to his panicked expression and finally, we find his face and the details of his head also very well represented. 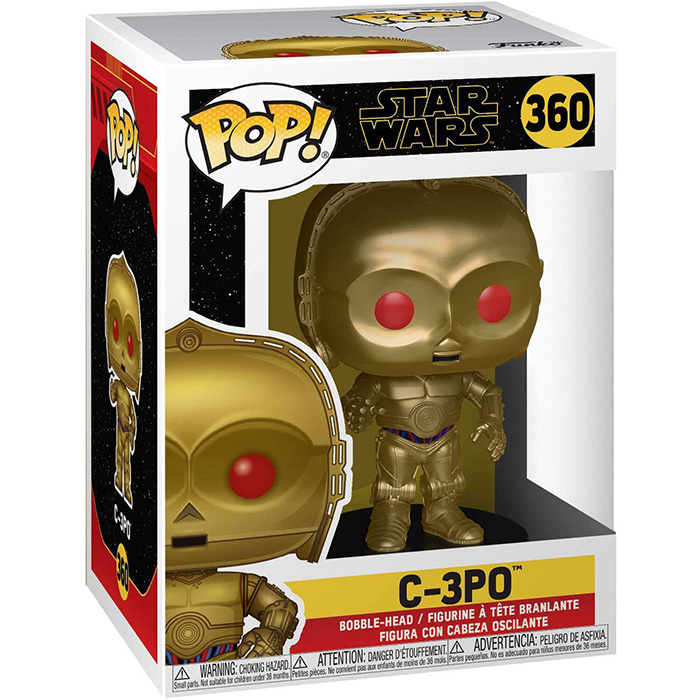