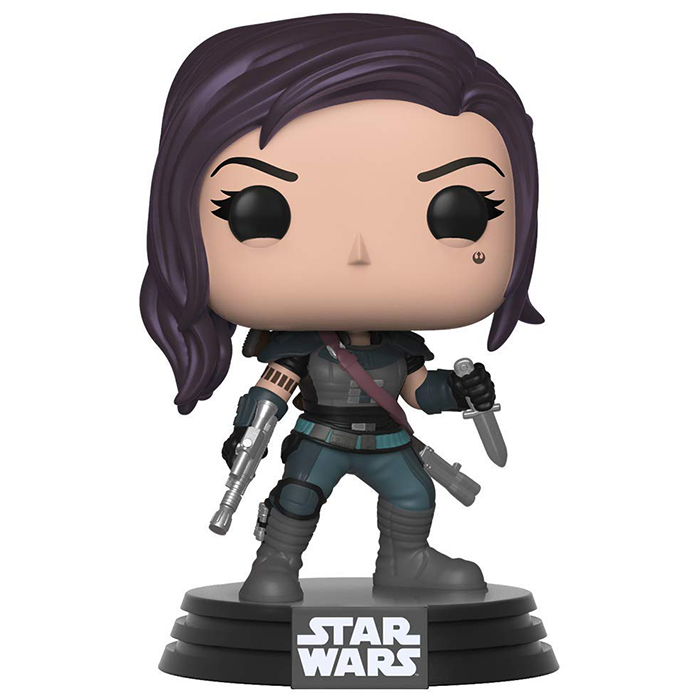 Cara Dune is an ex-soldier who served the alliance that attempted to restore the Republic and has since become a mercenary. She is a character The Mandalorian meets in the series of the same name. He meets her on a planet that seemed wild enough for him to hide there for a while with The Child. Realizing that she is known by a mercenary, he decides at first to leave but some inhabitants of the village come to ask him for help to protect themselves from attacks of another people. This village being remote as he wishes, he accepts and proposes to Cara to help him. She accepts and proves to be a fierce fighter as well as a friend for The Mandalorian. Together, they will rid the village of the attackers and The Mandalorian will be tempted to stay for a while. But bounty hunters find him and he decides that it is too dangerous for everyone. 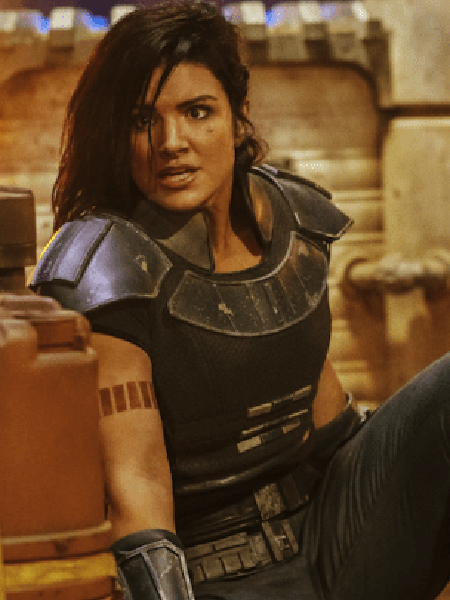 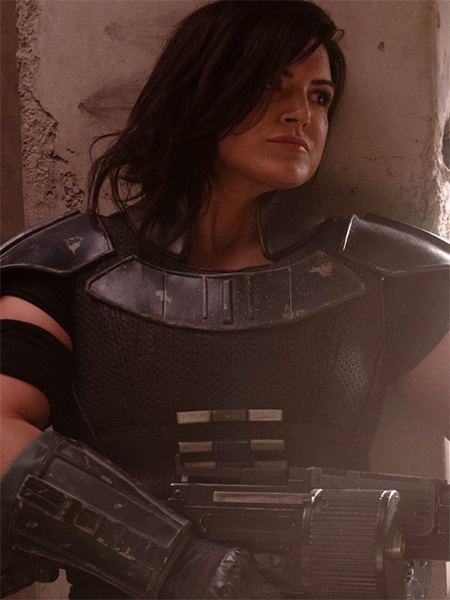 So Cara is wearing her fighter outfit here, blue pants with big grey boots as well as an ammo belt and armor around her torso. She also wears high gloves and many weapons, a pistol in the right hand, a knife in the left as well as several others hung on the knee or the waist. At the head level, we find her asymmetrical hairstyle and her black hair with purple highlights. Finally, she has a tattoo around her right arm and another under her eye. 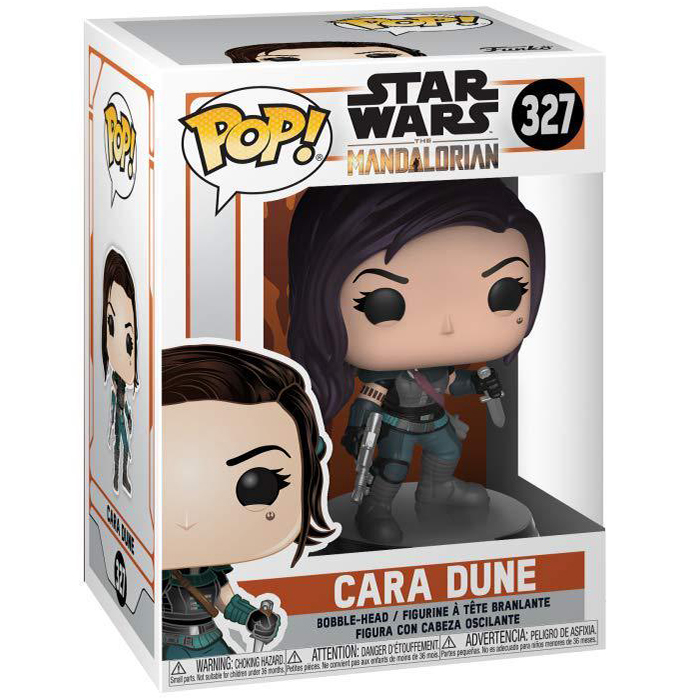