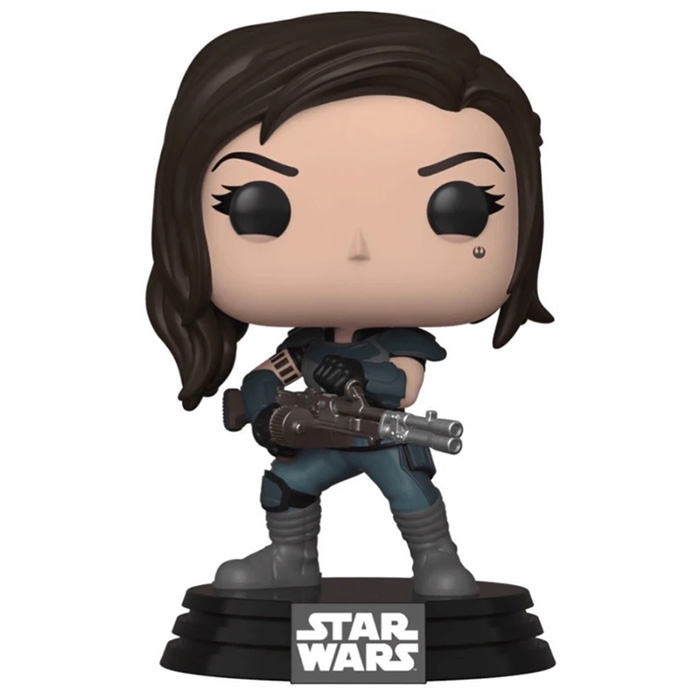 Cara Dune is a secondary but fairly important character we meet in the Star Wars series The Mandalorian. This series follows the adventures of the bounty hunter known as the Mandalorian whose life takes a strange turn when he decides to guard and protect the child of another species that he should have brought back to his client, making him a much sought-after man by every other bounty hunter in the galaxy. He meets Cara Dune on a planet where he hopes to hide for a while. She is a former Rebel Alliance soldier turned mercenary. The Mandalorian prefers to leave the planet, afraid of being recognized, but he is then approached by two men from a people who are under repeated attacks from another people who steal their crops. The Mandalorian agrees to help them and then offers to team up with Cara Dune. Together, they will teach the villagers to defend themselves and rid them of their attackers. Later, Cara Dune agrees to help him again when he returns to the planet where his guild master has offered to cancel his BOLO in exchange for help getting rid of the men who have taken over the town. She is one of the most reliable allies of the Mandalorian of all the people we meet during the season. 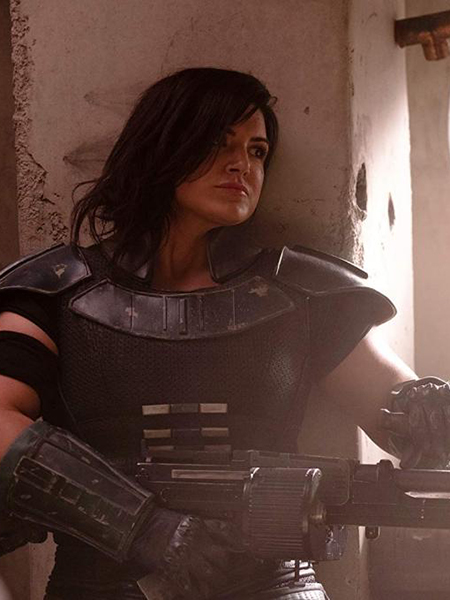 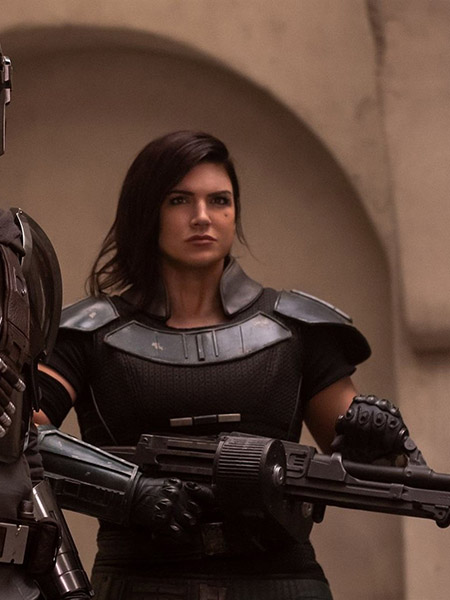 For this new version of Cara Dune, Funko depicted her with the heavy blaster she uses the second time she fights alongside the Mandalorian. She wears blue pants with big grey boots and light armor on her torso, knees and arms. She stands in a fighting stance with the blaster in both hands. At the head level, we find her black hair styled towards one side of her face. Finally, we find the bands tattooed on her arm and the small tattoo symbol of the resistance under her left eye. 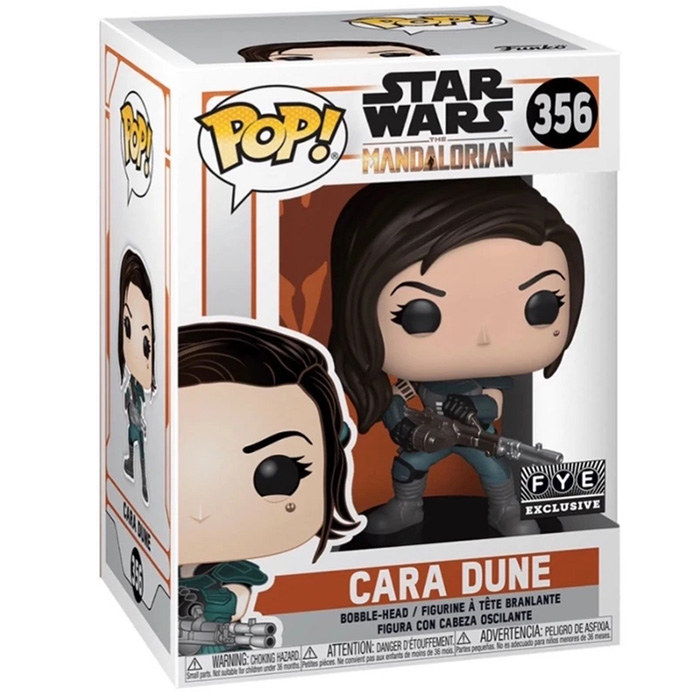