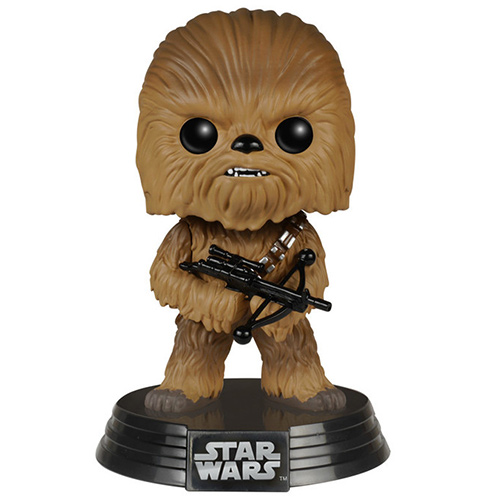 Chewbacca is a character from the first Star Wars trilogy who makes his reappearance in the first episode of the new trilogy: Star Wars The Force Awakens. He is a wookie from the planet Kashyyyk and, in the first films, he is the partner of the pilot and smuggler Han Solo. In the new trilogy, Han Solo has resumed his smuggling activities and Chewbacca still accompanies him. 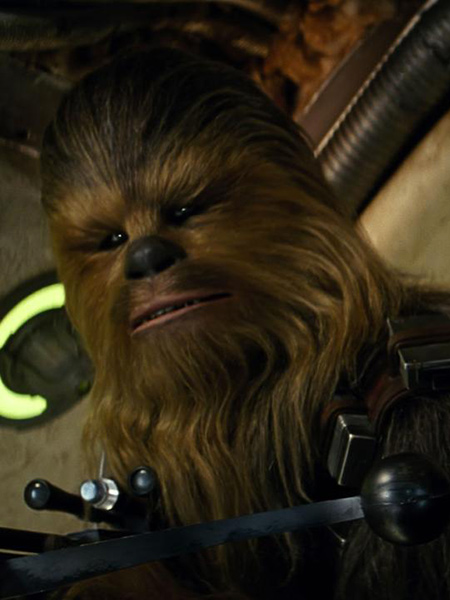 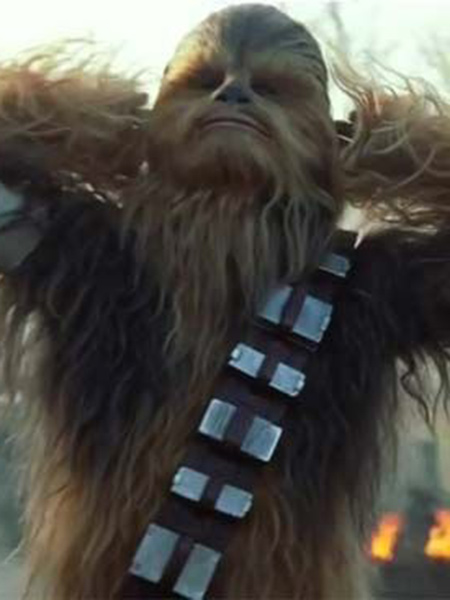 Chewbacca still has that same great ape look. He hasn’t changed much, but you can see that his brown fur has lightened and looks less soft. As on the first figure, he holds the same weapon slung across his chest. 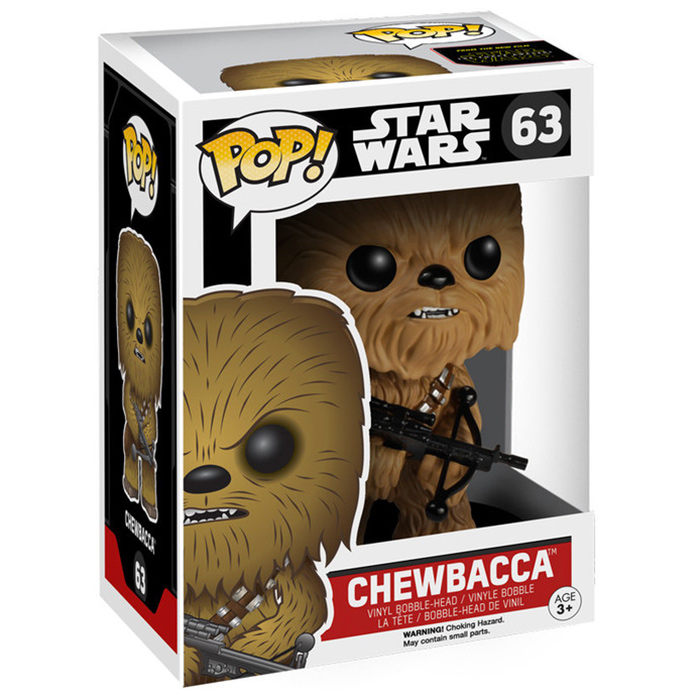