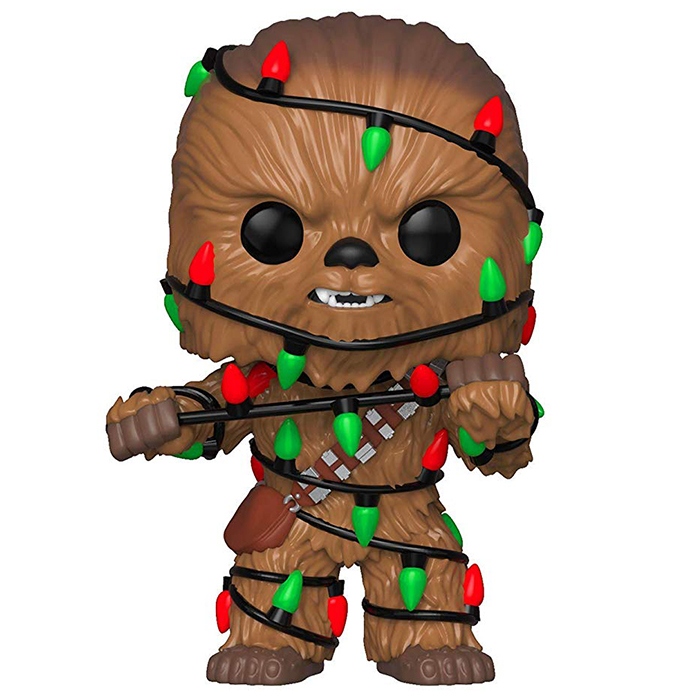 Chewbacca is the famous companion of smuggler Han Solo in the Star Wars saga. Of the wookie race and appearance, Chewbacca is an intelligent being with a complex language although very few people understand it and it sounds like mere grunts to those who do not speak it. He and Han Solo cross paths with Luke when Luke is looking for a pilot to rescue Princess Leia. The two men eventually end up joining the rebel alliance and helping them defeat Darth Vader. 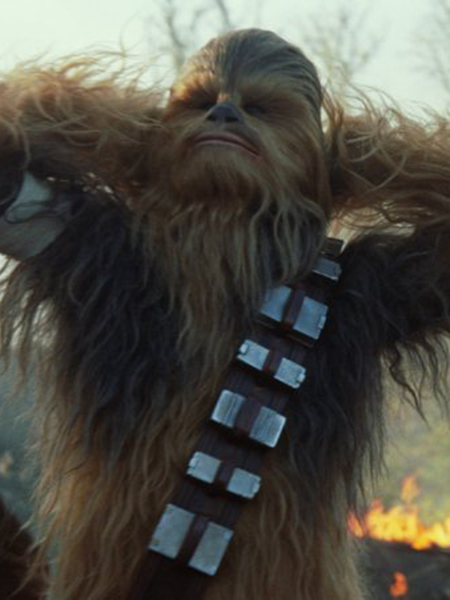 A not so festive character

This figure is part of a small series of Star Wars characters revisited to put them in the Christmas mood. Chewbacca is well represented here with his brown fur and his famous ammunition belt, but he has also been surrounded by a long green and red garland of lights from head to toe. From the expression on his face, you can see that Chewbacca is not very happy to be transformed into an improvised Christmas tree. 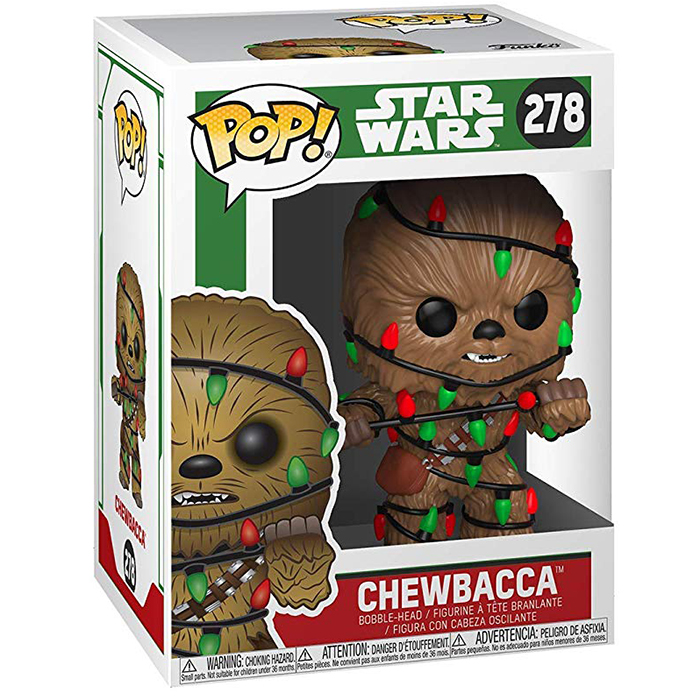