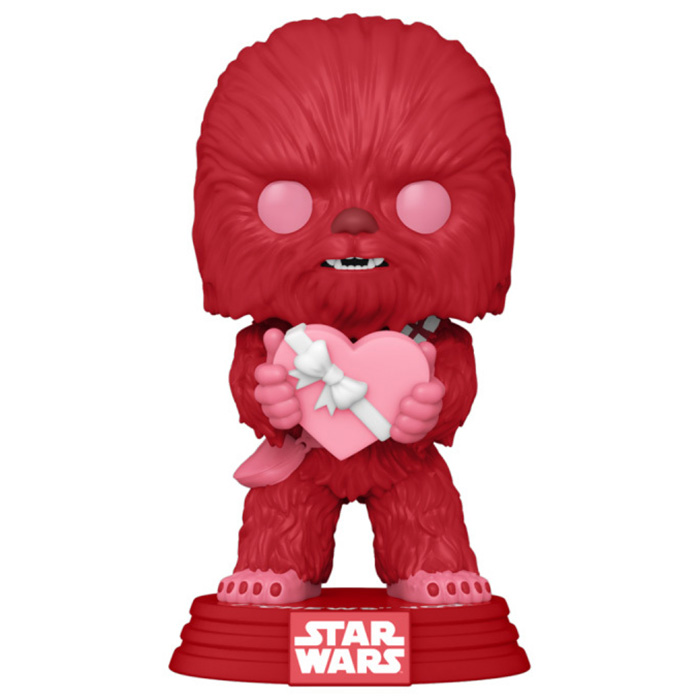 The most famous wookie

Chewbacca is a wookie and one of the most popular and famous people in the Star Wars universe. Originally from the planet Kashyyyk, when we first meet him he is a smuggler teamed with the famous Han Solo. Although he gives the impression of expressing himself through guttural grunts, his language is actually quite complex for those who can understand and speak it. We meet him in the first trilogy when he is hired with Han by Luke and Obi Wan Kenobi to serve as a pilot to rescue Princess Leia. Both find themselves embroiled in the resistance and even more so when Han marries Leia. We find him in the third trilogy when he and Han have resumed their smuggling jobs with the rise of the first order. 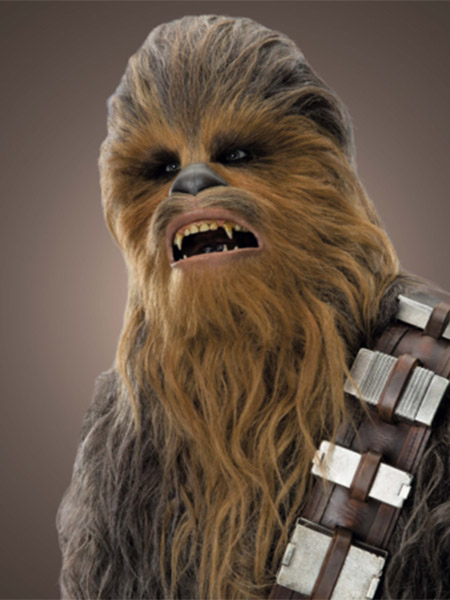 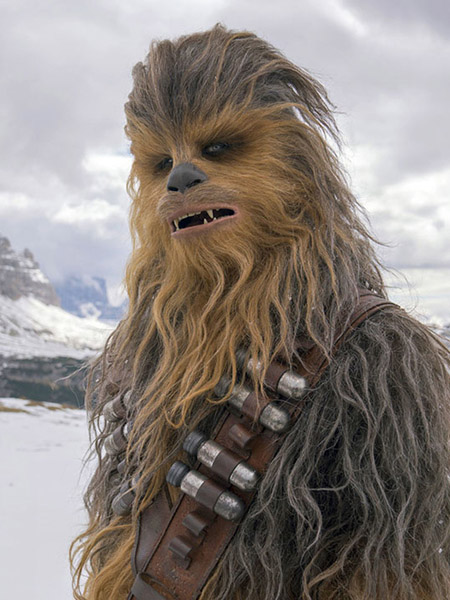 For this Valentine’s Day version of the character, Chewbacca has been depicted in shades of pink and red instead of the usual brown. His body is entirely covered in fur and is red with pink hands and feet. His eyes are pink here and his nose is dark red. We find his usual ammunition belt around his torso and he holds in his hands a pink heart-shaped box. Finally, he is standing on a red base on which is written “I chews you”. 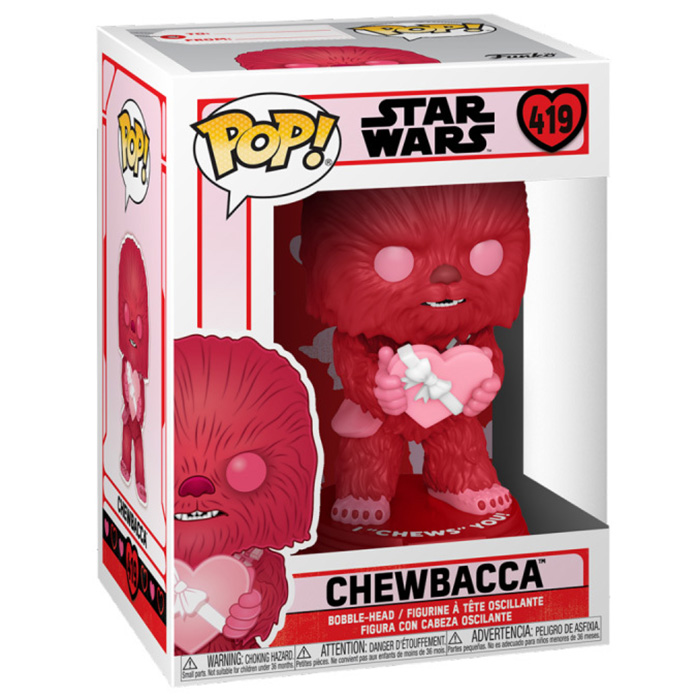