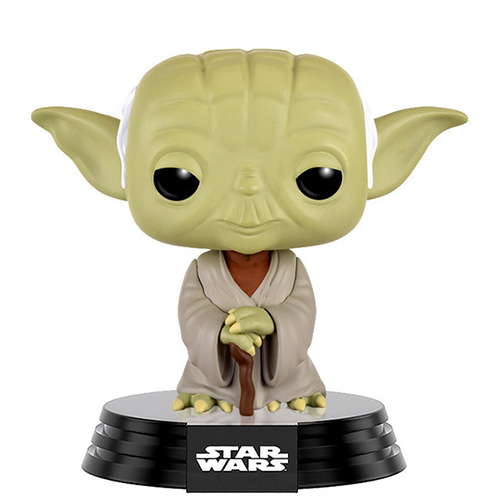 The Jedi Master has aged

Yoda is an important character in the Star Wars saga. He appears in the first and second trilogy taking place about twenty years before. He is one of the greatest Jedi masters who ever lived and served on the Grand Council for several centuries. When Obi-Wan Kenobi wants to make Anakin Skywalker a Jedi, Yoda is the first to see that there is something dark and dangerous in him. In the first trilogy (taking place twenty years later), Luke Skywalker begins his Jedi training with Obi-Wan Kenobi but he dies in battle against Darth Vader. But he returns in spirit form to advise Luke to go to Dagobah to finish his training with Yoda who took refuge there after the fall of the Jedi order. If he seems at the beginning to be a little senile, he will finally teach everything he needs to know to Luke before he dies. 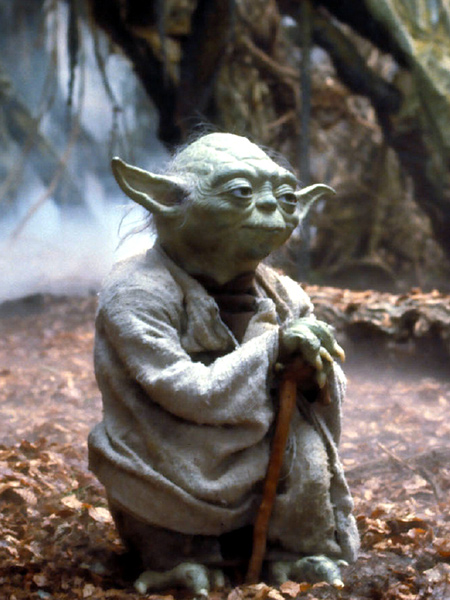 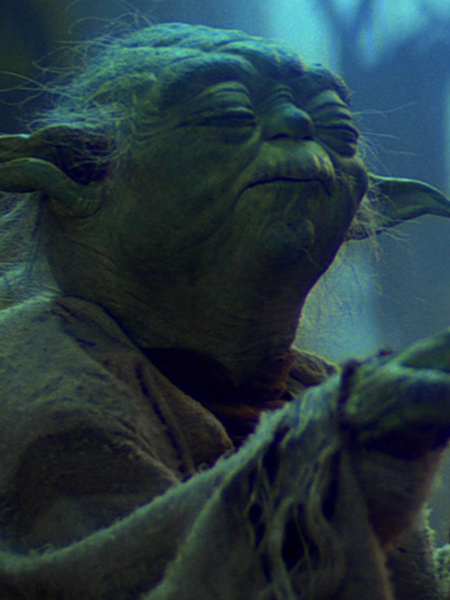 This second figure of the famous Jedi master represents him with the look he has when Luke comes to ask him to train him in the second trilogy. He is at this time very old and the signs of age are starting to show a lot. His skin is still green but of a duller green. There are still those strange folds of skin on his skull but this time he also has wrinkles under his eyes and around his mouth and the tufts of hair on the side of his face are all white. On the body, he wears his long Jedi beige and stands with the help of a wooden cane. His hands and feet with large yellow claws protrude from this robe. 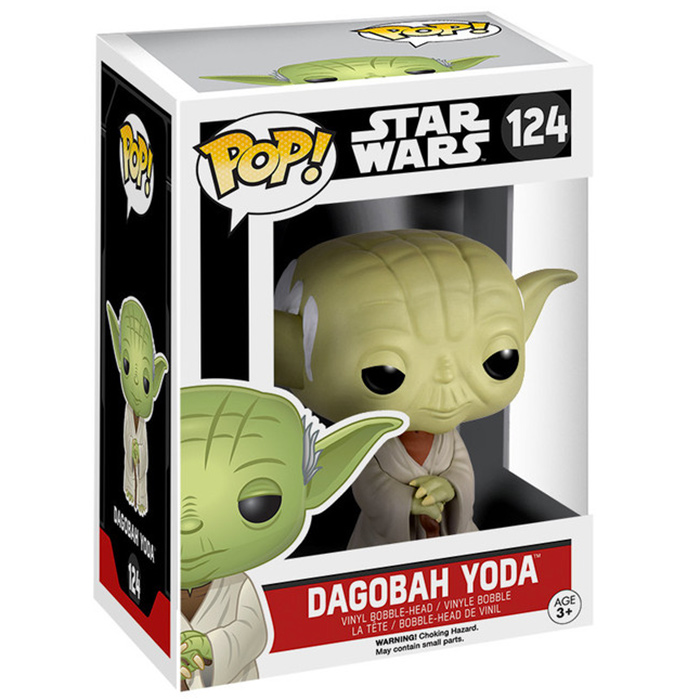