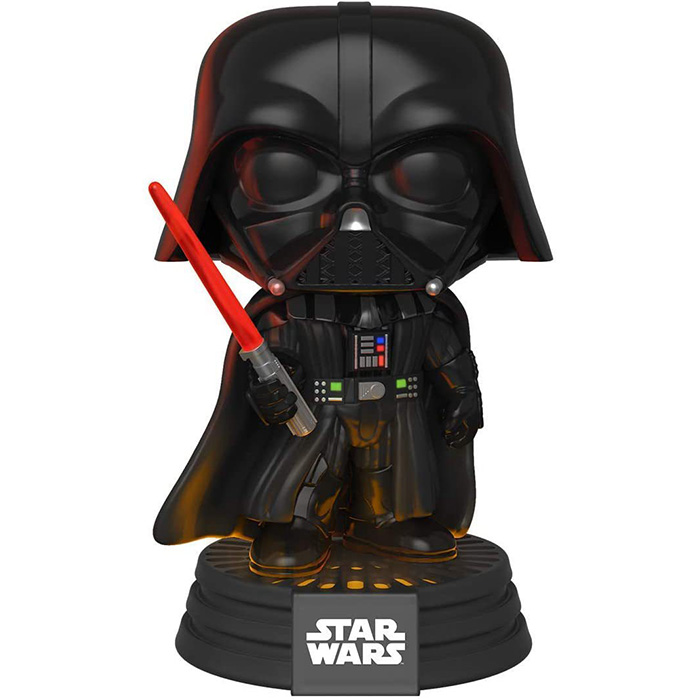 Darth Vader, whose real name is Anakin Skywalker, is the main villain of the first Star Wars trilogy and the most famous of the saga in general. He is the number two in the famous galactic empire of the saga. Like the hero of the series Luke Skywalker, he masters the Force but has chosen to sink into the dark side. We learn at the end of the second film that he is in fact the father of Luke and his sister Leia. At the very end, he will finally turn against Emperor Palpatine and help the alliance and its children to triumph. In the second trilogy, we follow him from childhood when he is discovered by Obi Wan Kenobi who recognizes his incredible potential to master the force. We also understand how he turned to the dark side of the Force when the woman he loves is in danger of dying. 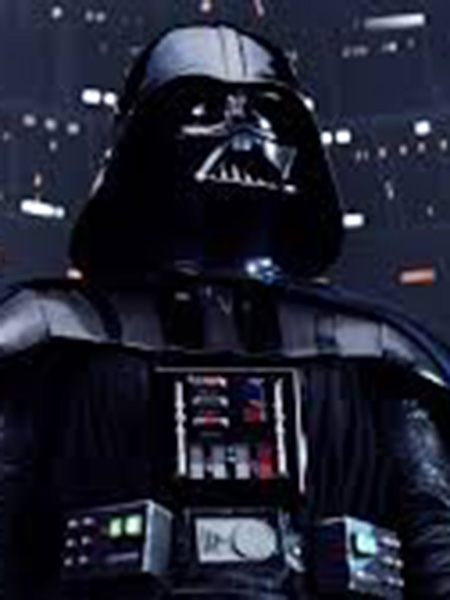 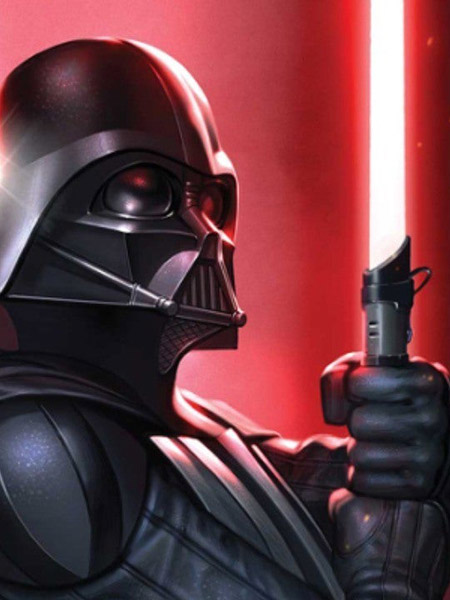 Darth Vader is represented here in a light and sound version, that is to say that there are light and sound effects that can be triggered by pressing the head of the figure. The traditional Star Wars base on which he is placed emits an orange light that illuminates the character below and the red lightsaber he holds in his hand can also light up. You can also hear the sound of the lightsaber moving as well as the famous breathing of the character. In terms of appearance, we find of course his all-black outfit with this long cape and all the electronic elements on his torso as well as this famous helmet with a particularly recognizable shape. 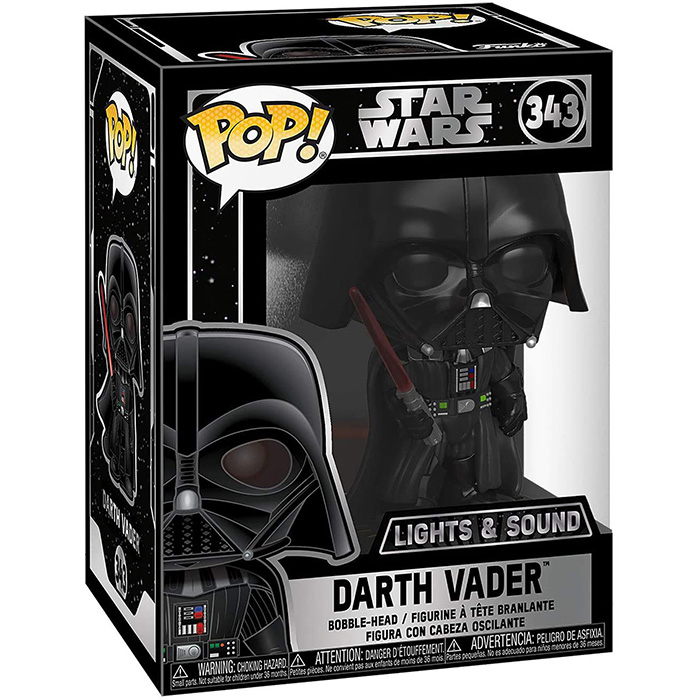