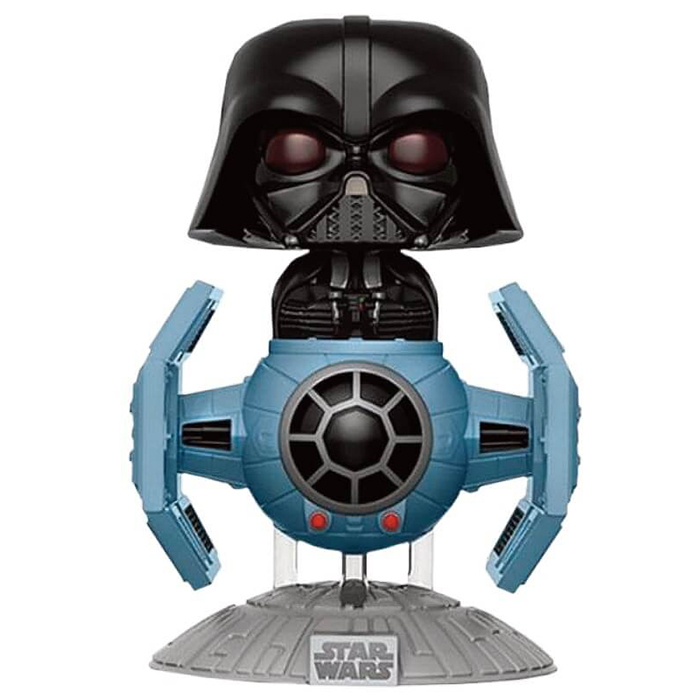 In pursuit of the rebels

Darth Vader is one of the main characters of the first Star Wars trilogy and the central character of the second trilogy. He is very close to Emperor Palpatine, the great leader of the tyrannical Galactic Empire and is one of the most powerful Jedi who became a Sith lord after turning to the dark side of the force. In the first film of the first trilogy, when the rebellion attacks the Death Star, Darth Vader boards his Tie Fighter and uses the force to strengthen his powerful weapons and reduce other ships he touches to dust. 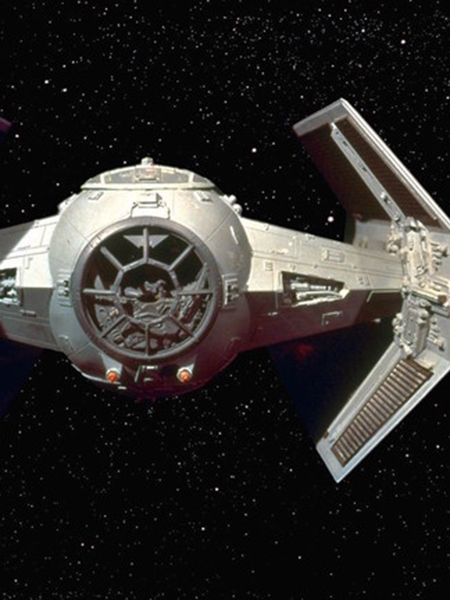 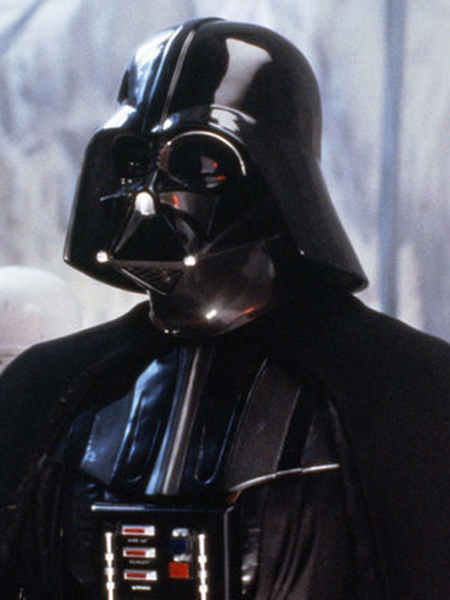 Darth Vader is shown here aboard his Tie Fighter, a rather small blue ship of almost round shape with two wings also almost round, spreading out on the side. The Tie Fighter stands on two transparent legs and a base representing a piece of the Death Star. Darth Vader is shown sticking out of the ship as if it was open on top, which makes him look a bit ridiculous, as if he was in a children’s ride. Otherwise, he is of course shown with his usual black outfit covering him completely, his helmet shining and the glass at his eyes slightly red. 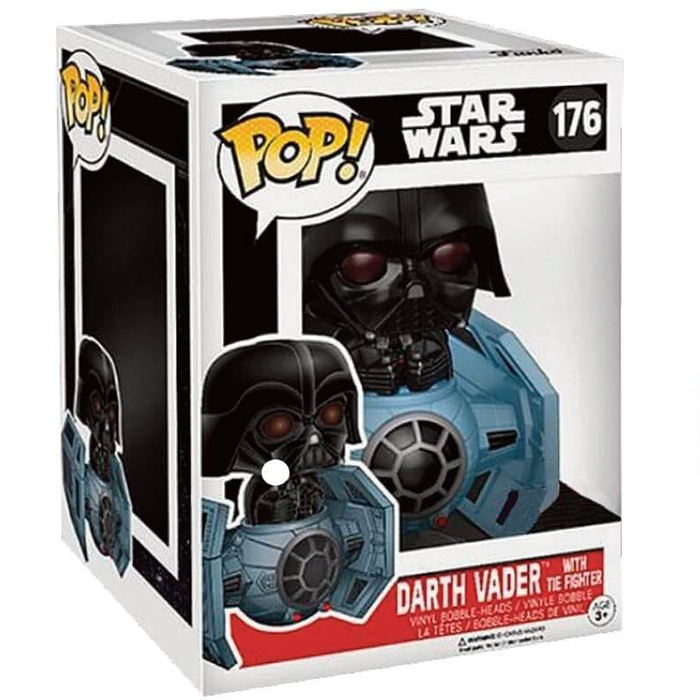