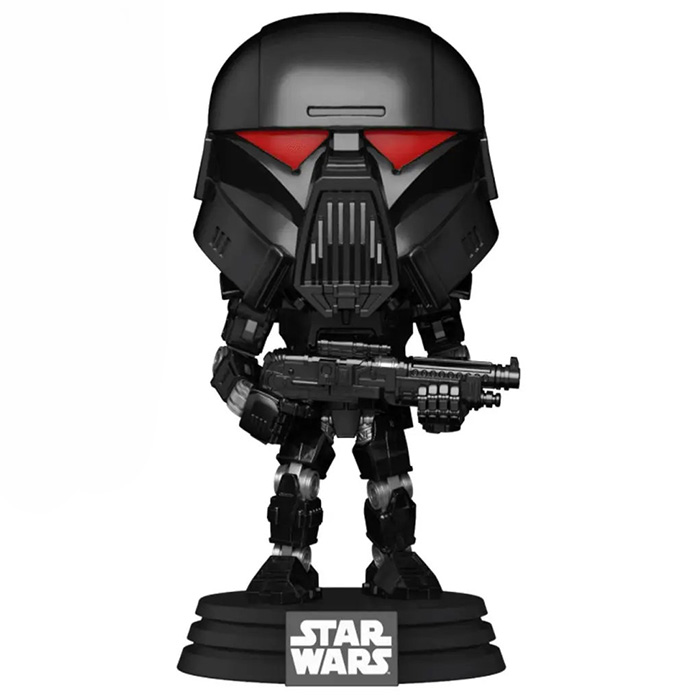 Deathtroopers are machines first encountered in the second season of the Star Wars series The Mandalorian. Although they are called troopers, they are not men in combat gear like stormtroopers but machines. Din Djarin and his friends face them when they go to Gideon’s ship to try to take back Grogu who was taken prisoner there. These Death Troopers are droids in the service of Gideon and they are formidable machines, very strong, very resistant and entirely focused on their mission. 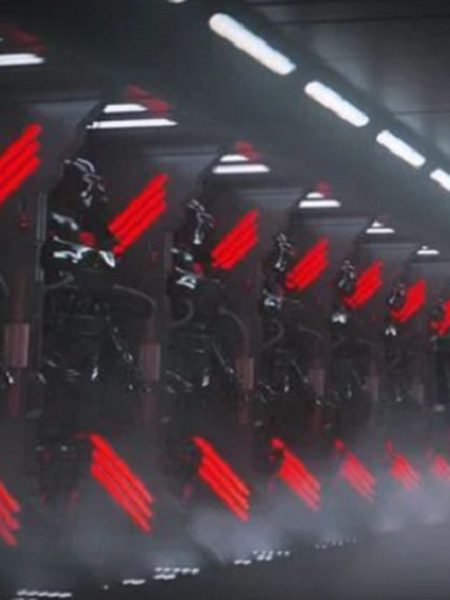 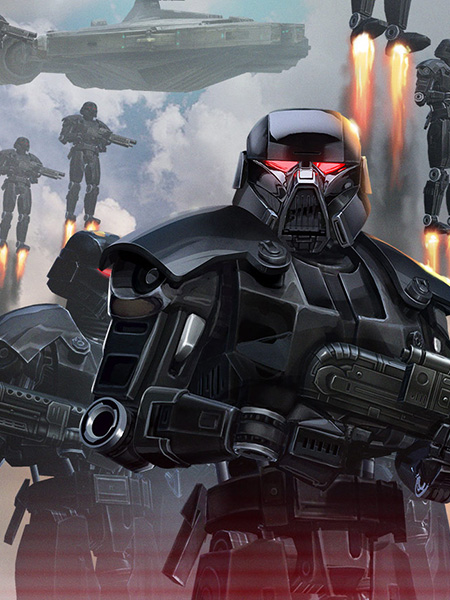 The Death Trooper is shown here on the classic Star Wars base and stands with his impressive blaster in his hands. He is humanoid in shape and is mostly black to add to the evil. Only his joints are in grey metal, showing that he is a machine and not a man in a suit. On the head, we find the classic shape of the stormtroopers helmets but in black version reminding Darth Vader. Finally, he has red eyes to add once again to the evil side. 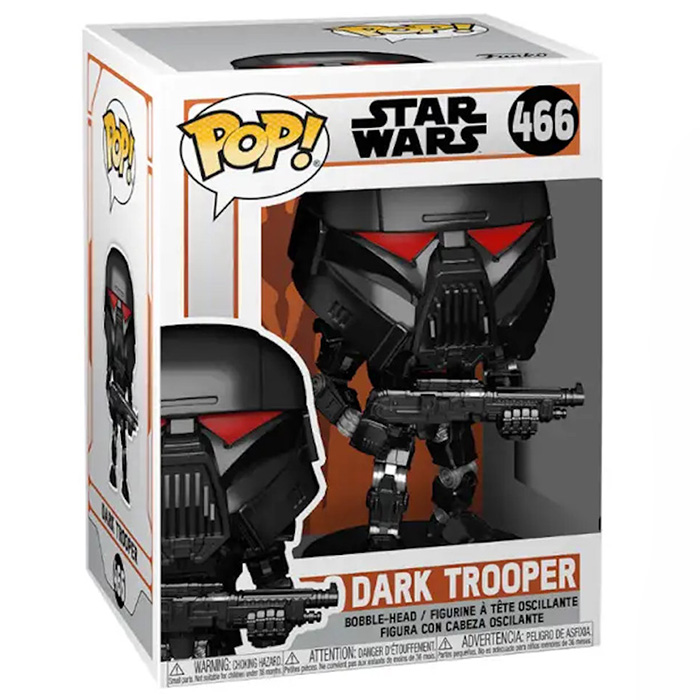