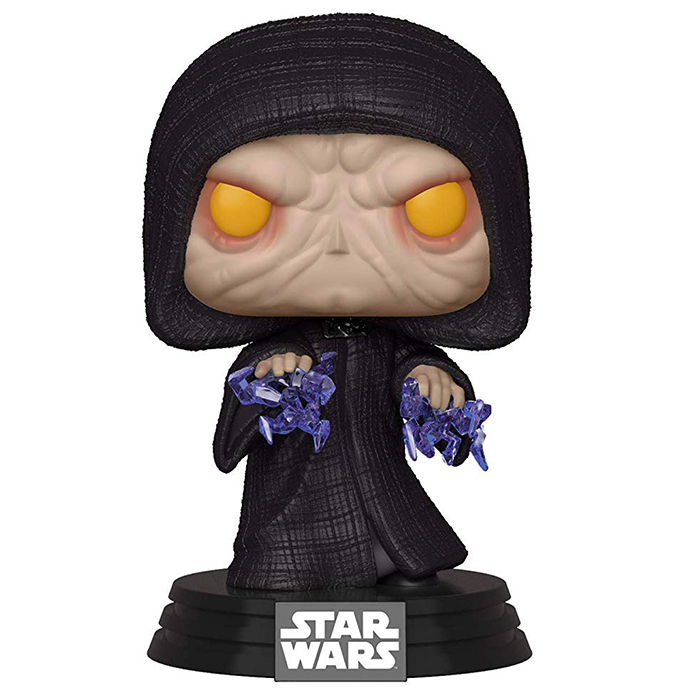 The Dark Side of the Force

Emperor Palpatine is a powerful Sith lord, that is to say a Jedi having chosen the dark side of the force in the Star Wars saga. In the first trilogy, he is the leader of the tyrannical galactic empire, with the famous Darth Vader as his right-hand man. In the second trilogy telling the origin of Darth Vader, we meet him younger when he was only a senator. He took the young Anakin Skywalker and gently led him to the dark side of the force by reinforcing his concerns about his wife and future family and causing him to use the force in horrible ways to protect his own interests and thus betray the Jedi. Finally, before he dies, Darth Vader will have a burst of goodness and kill Palpatine to restore the balance of the force. 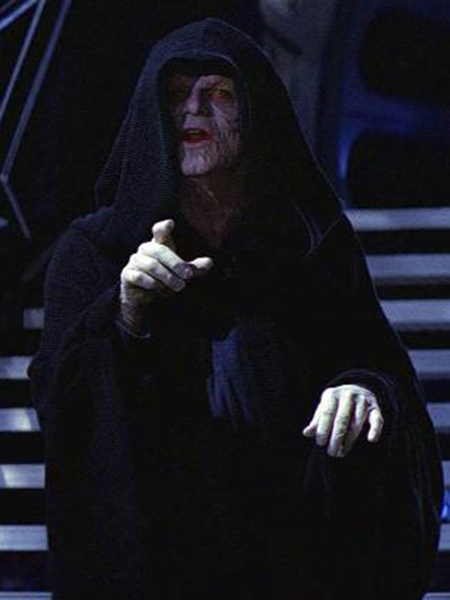 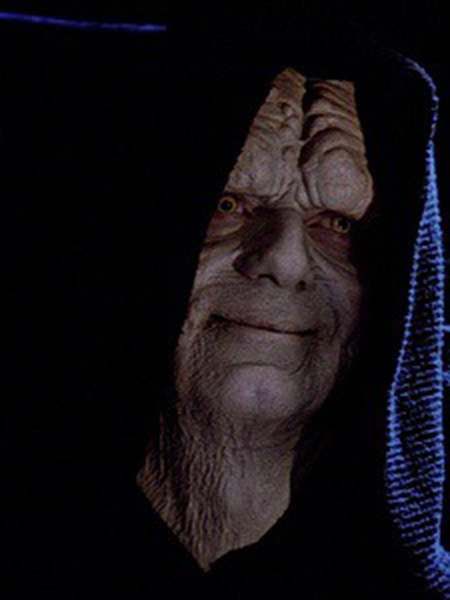 Palpatine is shown here as he is in the original trilogy with a physique already badly damaged by his use of the dark side of the force. He wears a long black robe with a hood that partially hides his face. His skin is pink and very damaged and his eyes are an unhealthy yellow. On his hands, we can see that he is using his power which sends powerful electricity through his fingers. 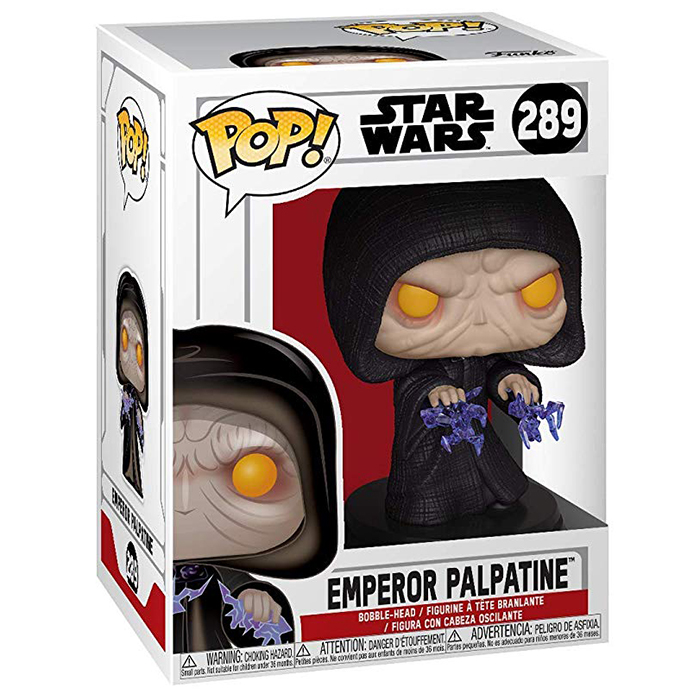