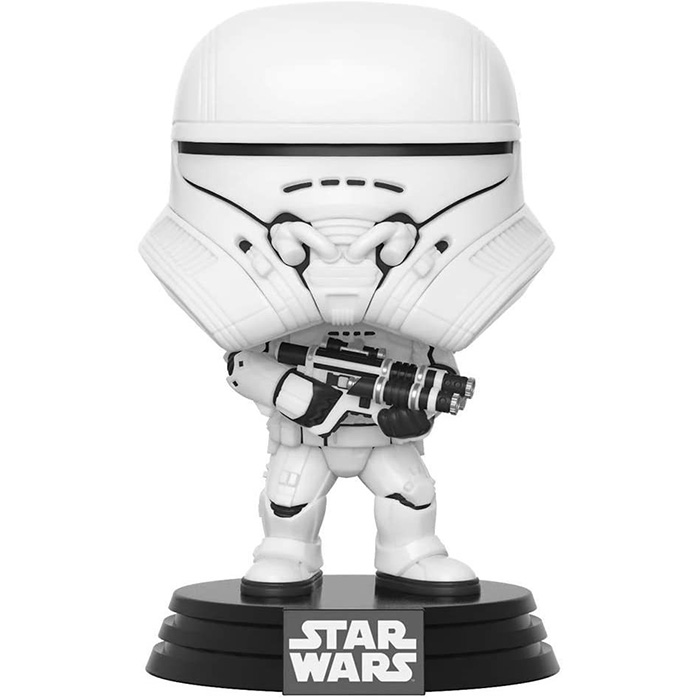 Stormtroopers in the air 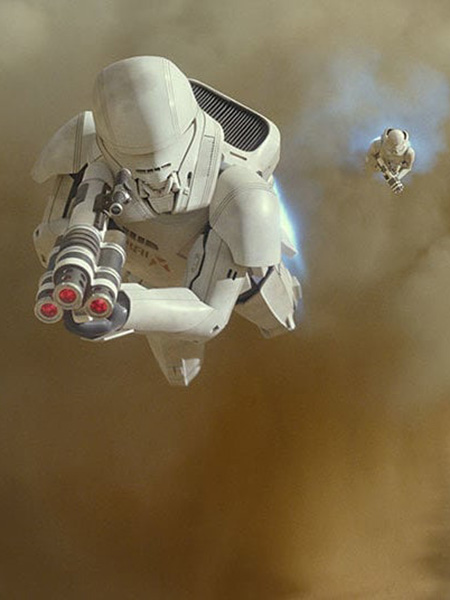 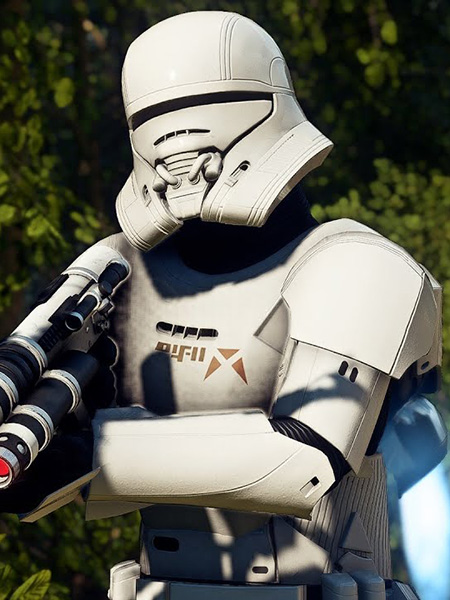 Like all stormtroopers, jet troopers wear thick white armor revealing only a portion of their black clothing underneath. He also wears thick boots as part of his outfit as well as arm and shoulder protection. It is mainly the helmet that differentiates this jet trooper from the classic stormtroopers. It splits in two at the bottom and we see some kind of pipes allowing him to breathe. Finally he holds a kind of rifle in his hands. 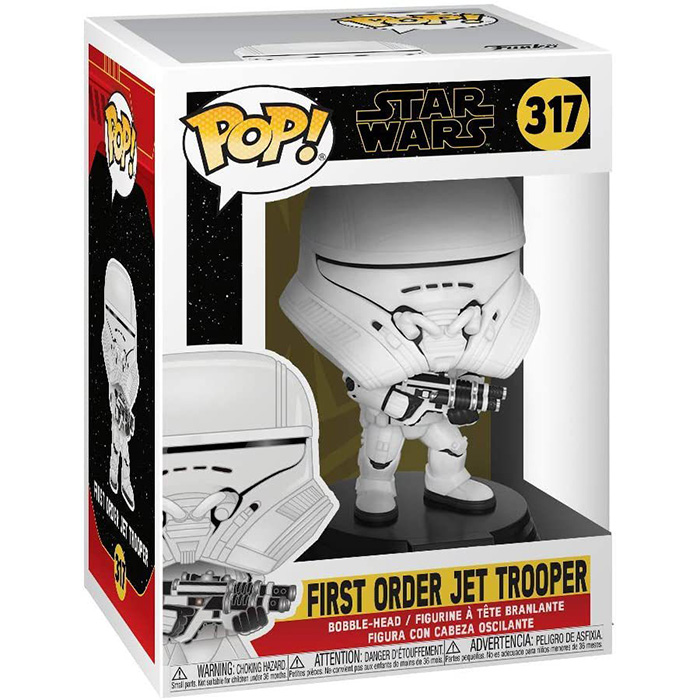