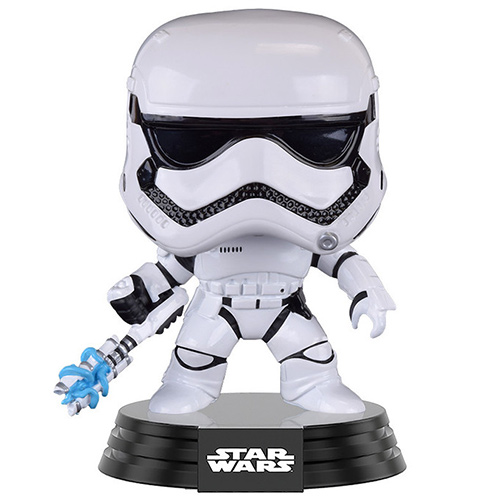 FN-2199 is a Stormtrooper in Star Wars: The Force Awakens, the first film in the new Star Wars trilogy. He is a Stormtrooper of the first order who is part of the same squadron as Finn, the Stormtrooper who decides to desert and help Poe Dameron escape at the beginning of the film. When FN-2199 comes face to face with Finn again at Maz Kanata’s castle, he attacks him with his impressive riot baton. Finn fights back with the lightsaber Rey found, but Han Solo finally shoots him with Chewbacca’s crossbow. 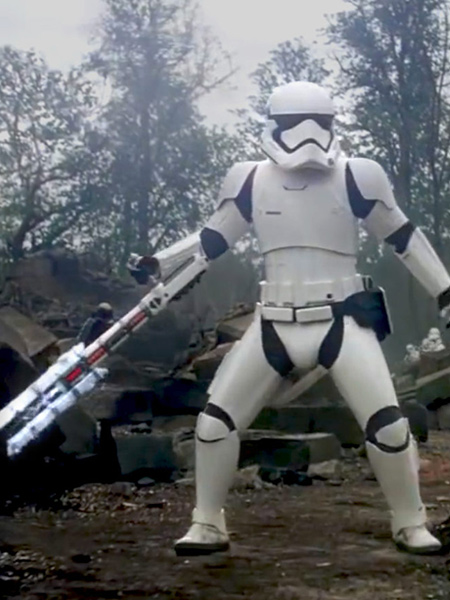 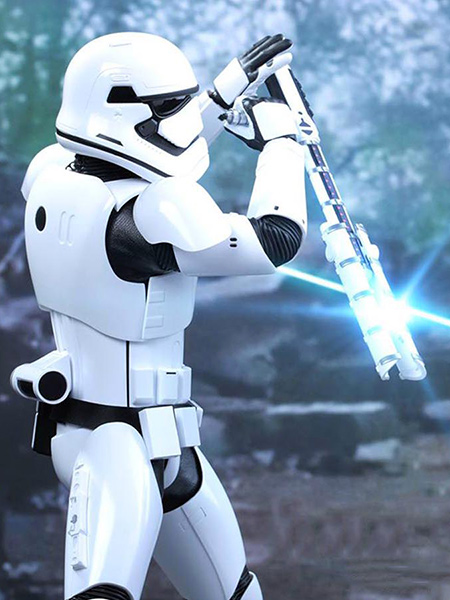 FN-2199 has the classic look of all first order stormtroopers. We can see the white armor worn over black clothing that appears in some places under the armor. At the head level, he wears of course a full face helmet with a black band at the level of the eyes and holes for breathing at the level of the mouth. Finally he holds in his right hand the famous riot baton with which he attacks Finn. 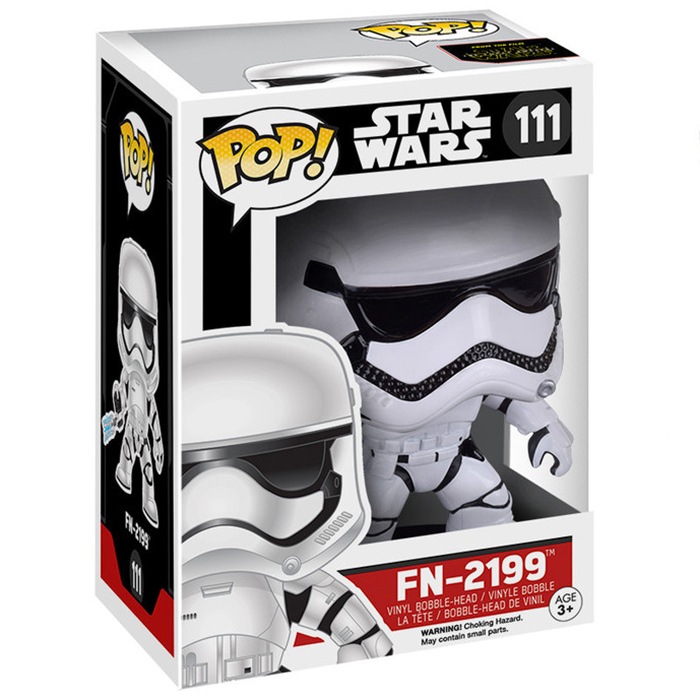