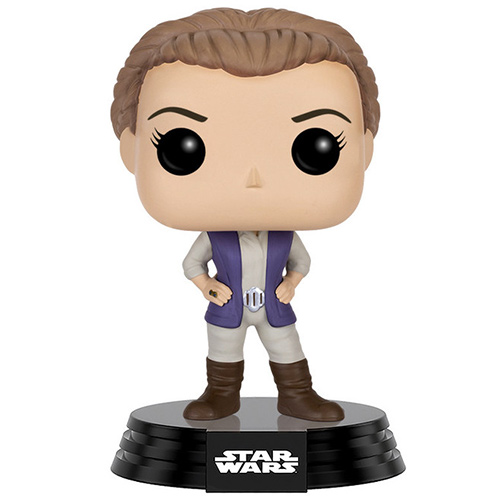 The leader of the resistance

Leia is one of the main characters in the Star Wars saga. In the first trilogy, she is one of the leaders of the resistance against the terrible empire of Darth Vader. When Darth Vader takes her prisoner, she sends the robot R2-D2 to look for help and he stumbles upon Luke Skywalker, who happens to be her brother. Together with the entire resistance, they defeat the empire. Leia will marry the smuggler pilot Han Solo, whom she fell in love with during the films. In this new trilogy, the events take place thirty years later. Leia is general in the new resistance that has been established against the rise of the First Order whose leader is none other than Kylo Ren, the son she had with Han Solo. The fact that he has succumbed to the dark side of the force has taken its toll on their relationship and Han Solo has returned to smuggling. 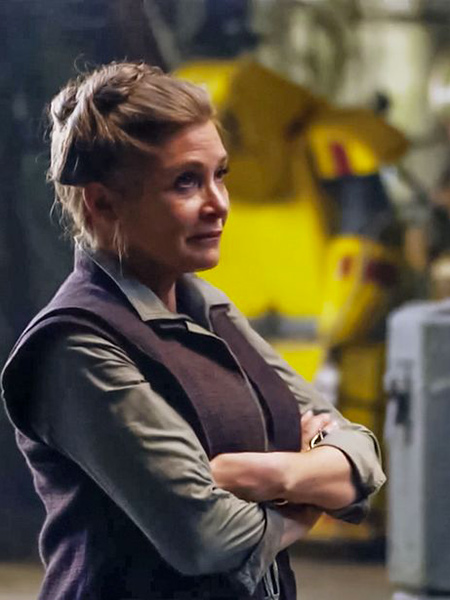 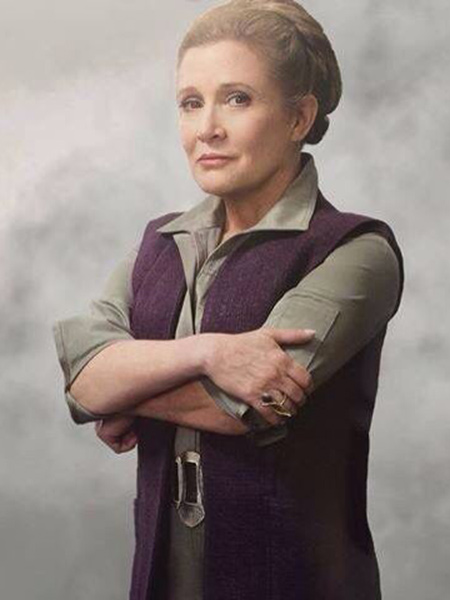 Leia in her general outfit

Leia is shown here with one of the outfits she wears in The Force Awakens, precisely when Rey, Finn and the others return from their mission to find the map that could lead them to Luke Skywalker. So we find this simple grey jumpsuit worn with a silver belt and brown boots in keeping with the style of the character in the previous trilogy. Over it, she wears a blue vest in the same tones as the dress we can see her wearing earlier. On the head, her face is very simple but we recognize her hair style based on intertwined braids a little less voluminous than in the previous trilogy. 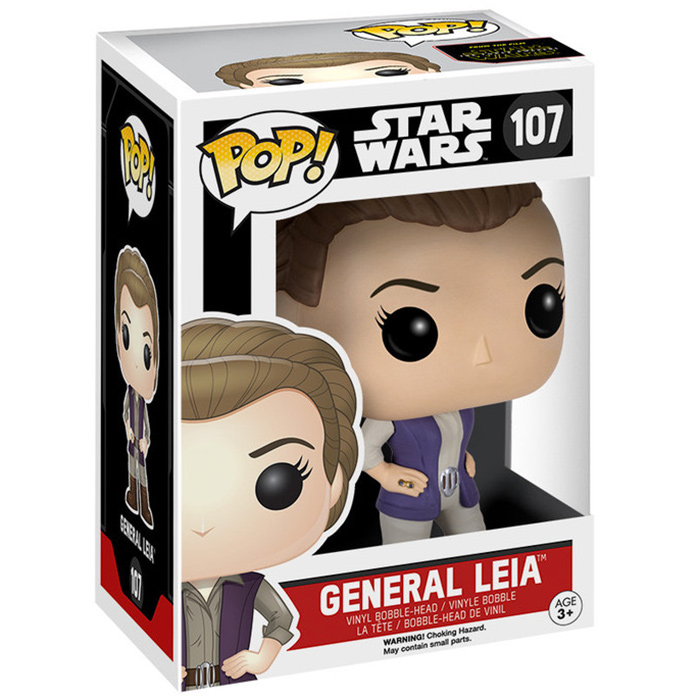