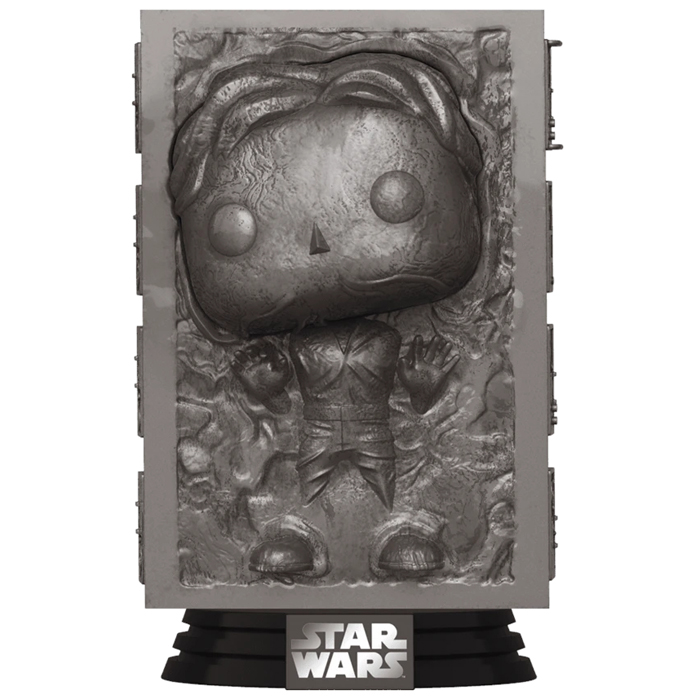 Han Solo is one of the main characters of the Star Wars saga. In the first episode, we meet him when Luke and Obi Wan Kenobi call on him as a pilot to rescue Princess Leia from Darth Vader. In the second episode, Han found himself in the rebel alliance. But then he is caught by the bounty hunter Boba Fett, sent by Jabba the Hut to whom he owes money. He is captured and the bounty hunter locks him in carbonite to freeze him and bring him back to Jabba more easily. This time, Luke and Leia will have to come to his rescue. 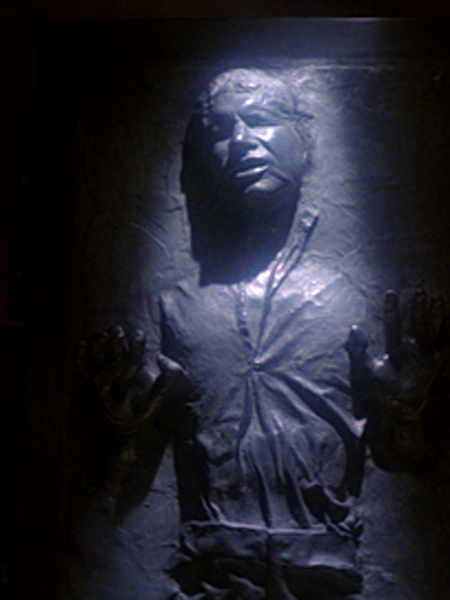 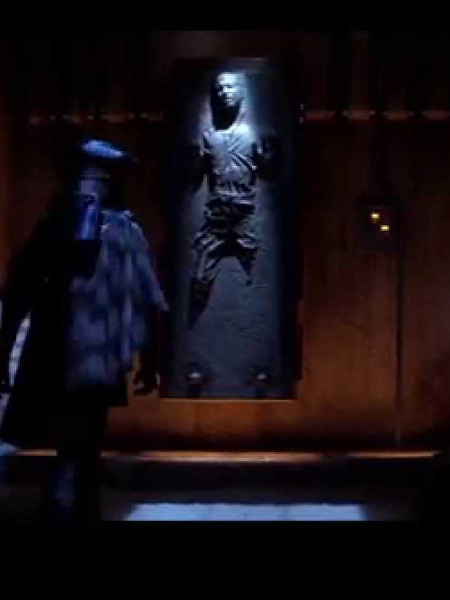 As in this famous moment of the movie, Han is represented trapped in carbonite and we see a big grey block on the usual black base of the Star Wars figures. We can see Han’s head sticking out as well as his feet and especially his hands as he tries to escape. His clothes also appear with the folds of his shirt and pants. 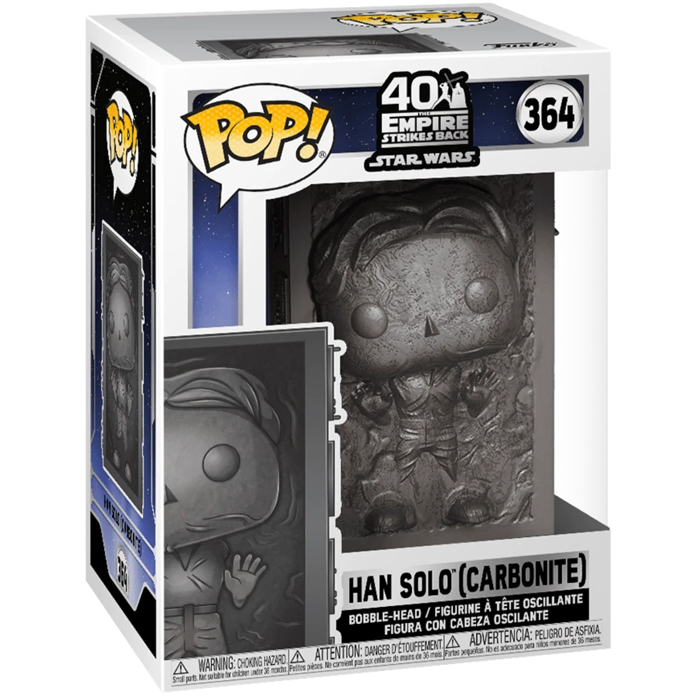