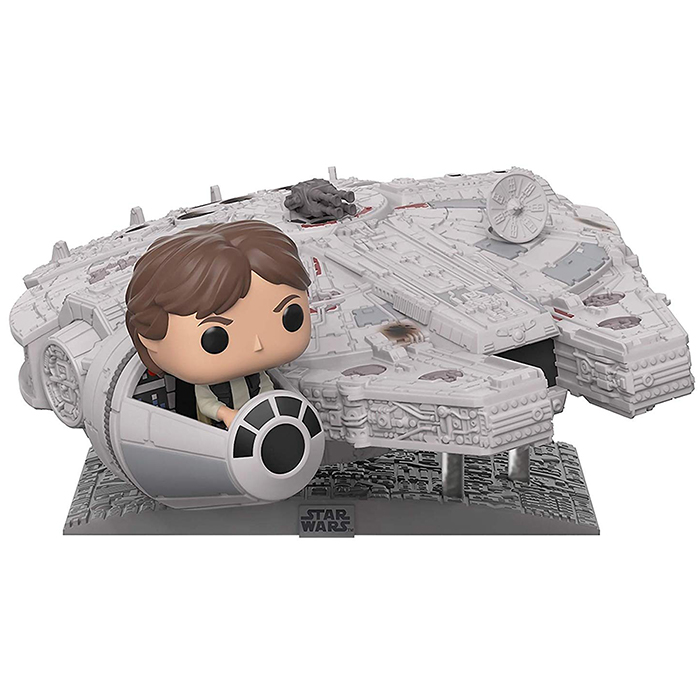 Han Solo is one of the main characters in the first Star Wars trilogy. He is a space smuggler, taking on all sorts of missions and passengers with his co-pilot Chewbacca. He meets Luke Skywalker and Obi-Wan Kenobi on the planet Tatooine when they are looking for a pilot to rescue Princess Leia from Darth Vader. He agrees to take them on his ship, the Millennium Falcon and its famous round, flat shape. But of course, things get complicated and Han Solo becomes more than just a pilot, getting involved in the fight against the Empire. 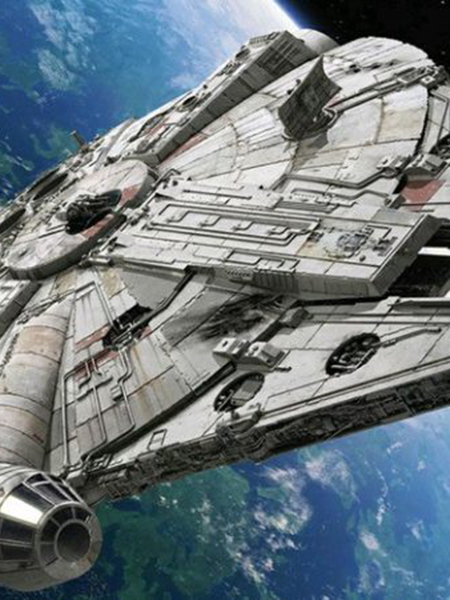 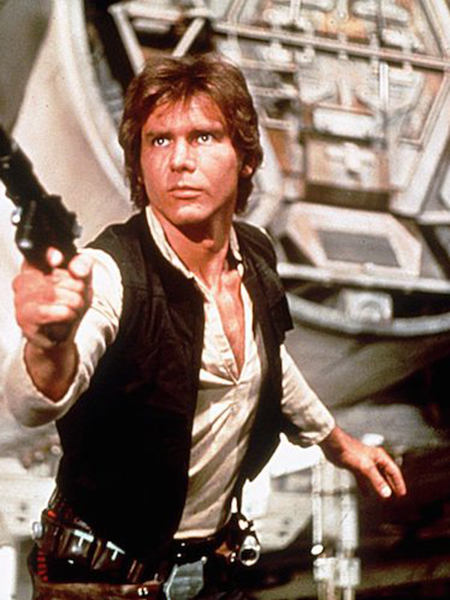 Han Solo is shown here at the controls of his ship. The ship is grey and rather flat, with a rounded shape. We can see the numerous circuits and details represented on its surface, very typical of Star Wars ship designs. It is placed on a base with the same details as the surface and on four transparent feet giving the impression that it flies in a slightly tilted way. Finally, Han is wearing his usual beige tunic with long sleeves and a small black vest. At the head level, we find his brown hair styled on his forehead. 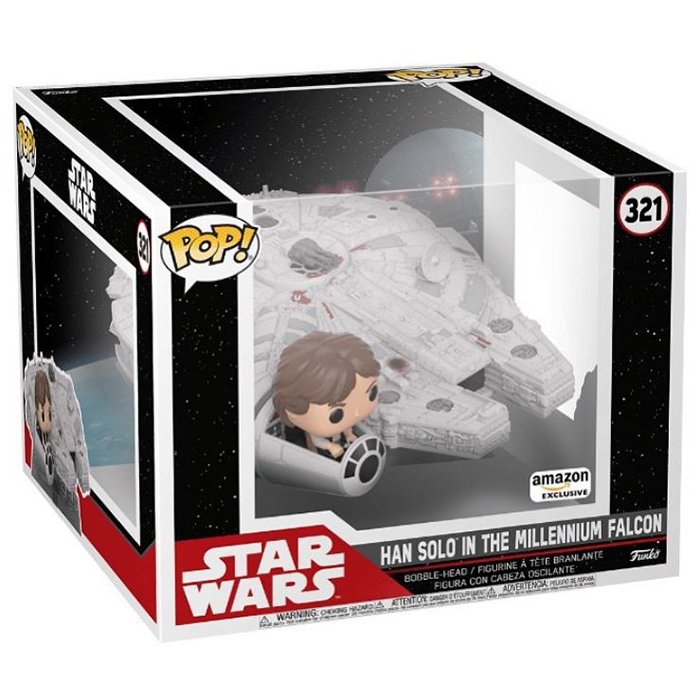