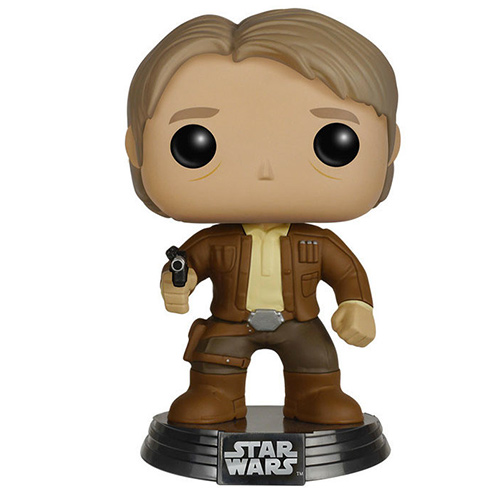 Han Solo is one of the main characters of the Star Wars saga. He appears in all three episodes of the first saga and then reprises his role in The Force Awakens, the new film in the saga. Han Solo is initially a smuggler who agrees to transport Luke Skywalker Obi-Wan Kenobi on his ship The Millennium Falcon. He finds himself unwillingly enlisted in the Rebel Alliance and eventually decides to stay when he develops feelings for Princess Leia. 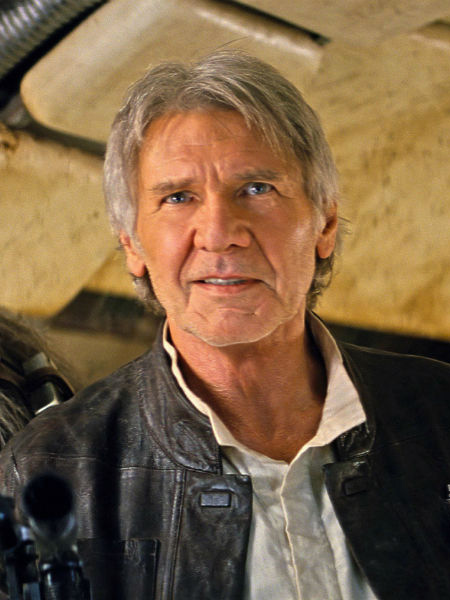 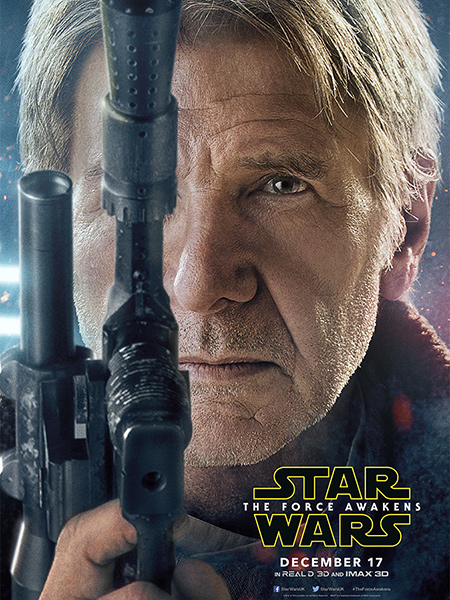 As you can see on this figure, Han Solo has kept a style close to the one of the first movies, a bit inspired by the cow boy style. He still has this predominantly brown outfit with a beige shirt. A holster is attached to his leg and he holds his gun in his right hand. On the face, Funko drew dark circles to mark the aging of the character and we find his characteristic haircut. 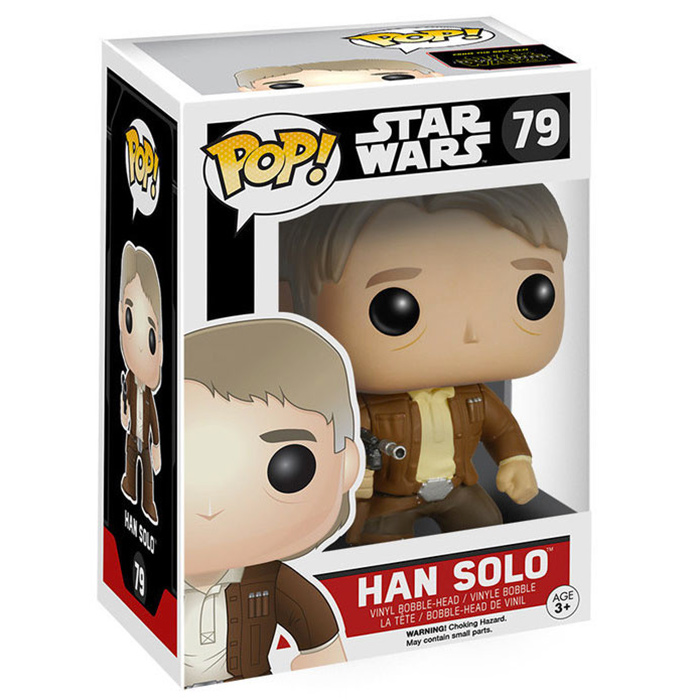