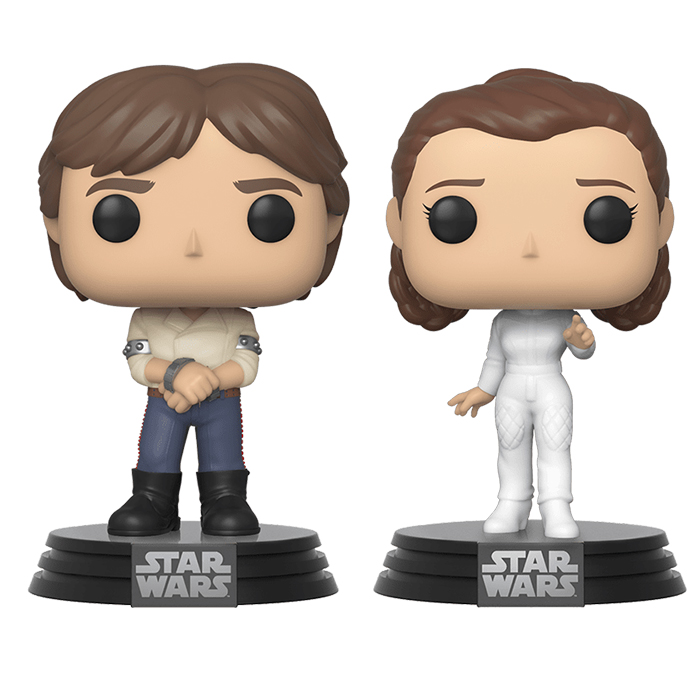 Han Solo and Princess Leia are two of the main characters of the first Star Wars trilogy. They meet when the latter is hired by Luke Skywalker and Obi Wan Kenobi as a pilot to rescue the princess from the clutches of Darth Vader. Indeed, Luke had come across a message sent by the princess to Obi Wan through a small robot. Once the princess is freed, Luke and Han will join the rebel alliance of which the princess is one of the leaders. In the second opus of the saga, the rebel alliance has set up its base on the planet Hoth but Darth Vader continues to actively search for them and eventually finds them. Everyone has to evacuate but while Luke is looking for Yoda to be trained as a Jedi, Han and Leia escape on the Millennium Falcon and will have to escape together from the empire but not only. This will end up bringing them together. 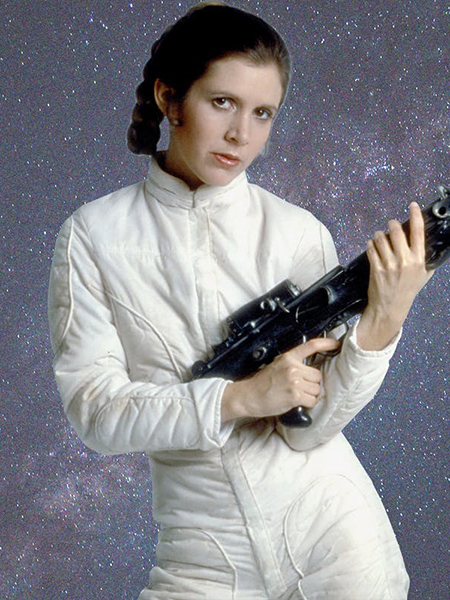 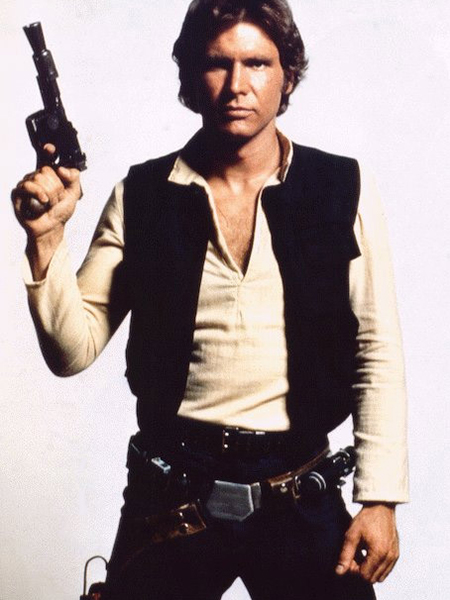 On the forty year anniversary of the release of The Empire Strikes Back, Funko here depicted the couple as Han is taken prisoner by a bounty hunter, the latter wanted by Jabba The Hut for a debt he owes him. Han is wearing his blue pants with black boots and his beige jacket. His hands are tied with futuristic handcuffs at the wrists and arms. At the head level, we find his brown hair falling in front of his face. Leia is represented with the white pantsuit she wore on the frozen planet Hoth. She wears it with small white boots and her brown hair is tied in two braids rolled up on the sides of her face. 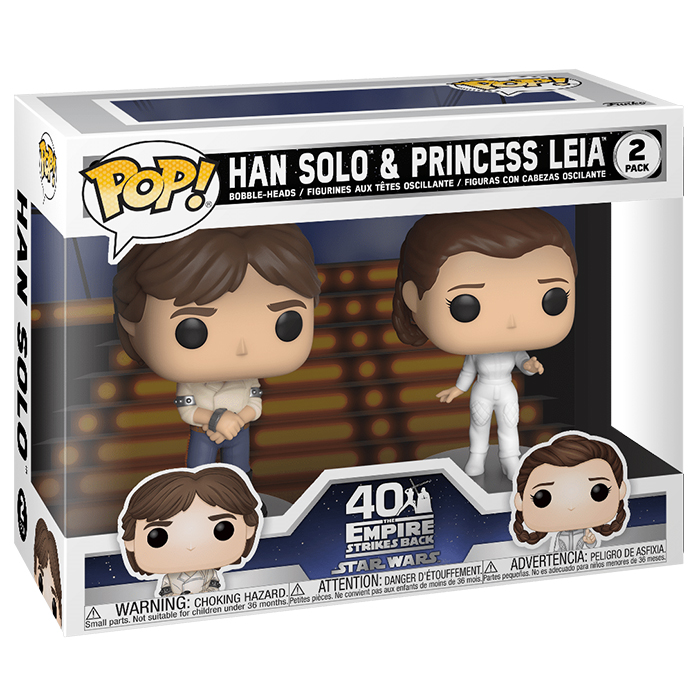