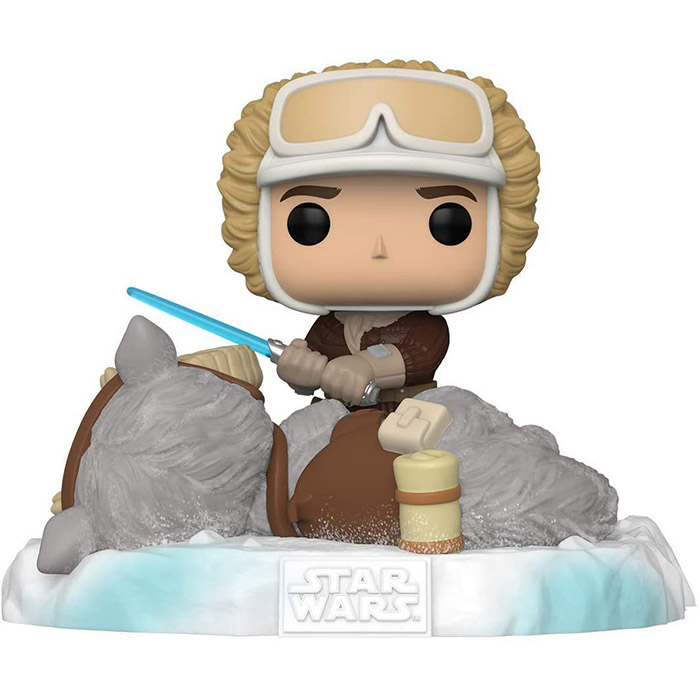 Han Solo is one of the heroes of the first Star Wars trilogy, George Lucas’ famous science fiction epic. He is a pilot and smuggler who is hired by Luke Skywalker at the beginning of the first film when he finds Princess Leia’s message and decides to go and free her from the terrible Darth Vader with the Jedi Obi Wan Kenobi. He and his friend Chewbacca are only hired as pilots but they eventually end up participating in the rescue mission and join the rebellion with Luke and Leia who is one of its leaders. In the second film, the rebel alliance has settled on the ice planet Hoth, thinking they are safe from the empire. But the Empire manages to spot them and attacks them. Han Solo finds himself stranded far from the base in the snow and must protect himself from the cold by standing next to the body of a dead tauntaun. Eventually, the rebellion will have to evacuate the planet and Han will find himself fleeing aboard the Millennium Falcon with Chewbacca and Princess Leia. 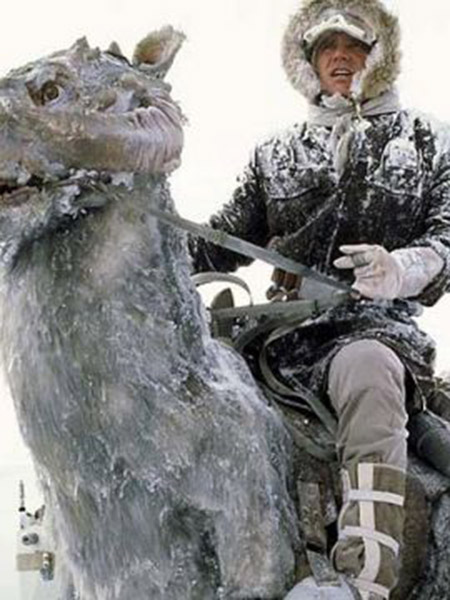 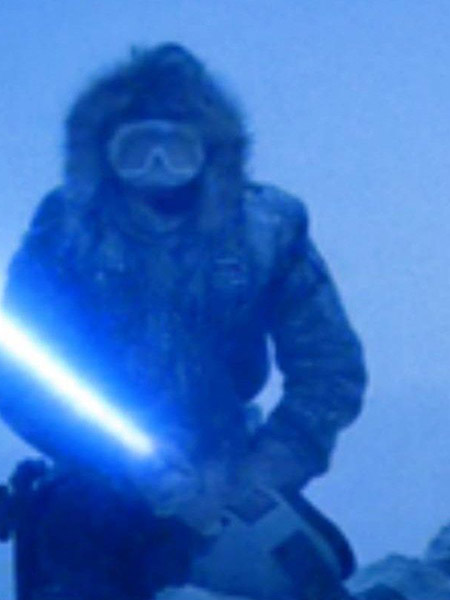 For this new version of Han Solo, Funko depicted him during the battle at Echo Base. It has the specificity to be on a base that fits with the bases of the five other figures of the same series taking place during the same battle. The base represents the blue and white ice of the planet Hoth and we find the body of the tauntaun lying on the ground with his saddle and his big goat horns as well as his hairy body. Han is wearing a leather coat with fur on the collar and light brown gloves. He also wears a furry hood on his head and goggles to protect him from the snow. Finally, he is holding Obi Wan Kenobi’s blue lightsaber. 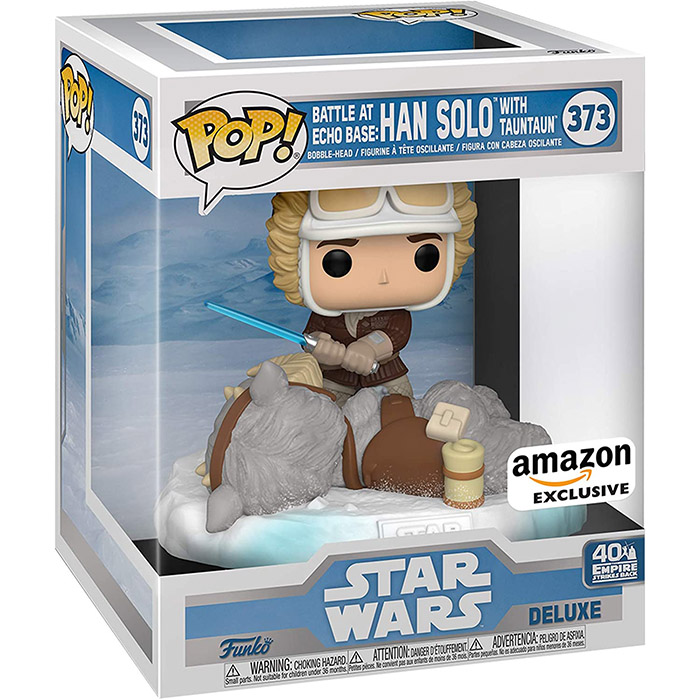