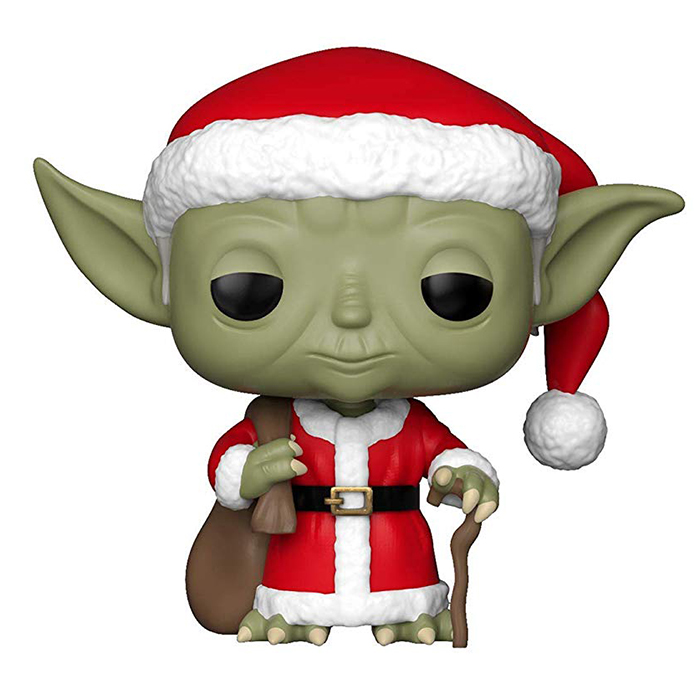 Yoda is one of the important characters in the Star Wars saga and one of the wisest and most powerful Jedi Masters. In the first trilogy, after Obi Wan Kenobi died at the hands of Darth Vader, Luke Skywalker needs someone to help him master the force. He then finds Yoda, in exile like all the other Jedi remaining in the galaxy. This funny little green guy seems to have lost his mind a bit after being alone for so long but he is still powerful and teaches Luke everything he needs to know. He is also very famous for his habit of saying very philosophical sentences by reversing the meaning of the propositions in the sentence. 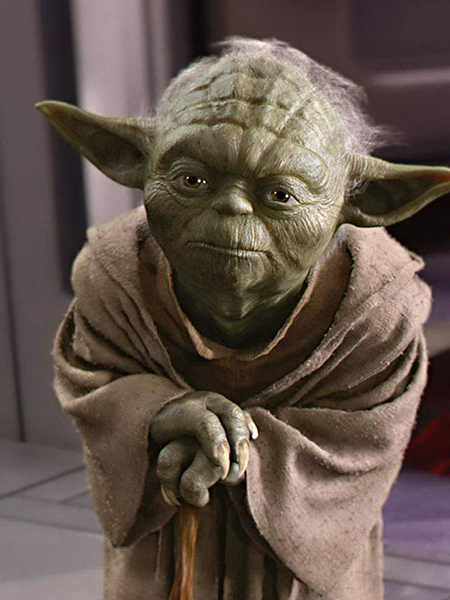 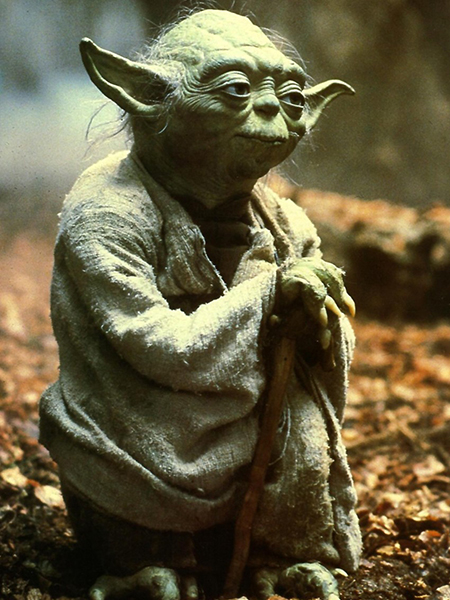 Like other important characters of the Star Wars saga, Yoda has been chosen to be part of a collection of characters in Christmas versions. Yoda is thus represented here as Santa Claus. Instead of his Jedi robe, he wears a red and white Santa Claus robe with a large matching hat. On the left, he still holds the cane that allows him to walk and on the right, he holds his Santa’s sack. And of course we still recognize his nice green face and his big ears. 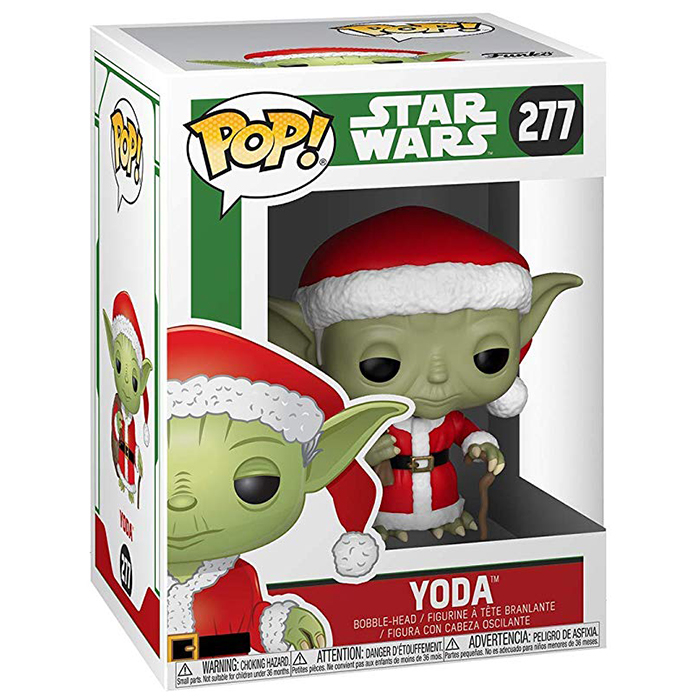