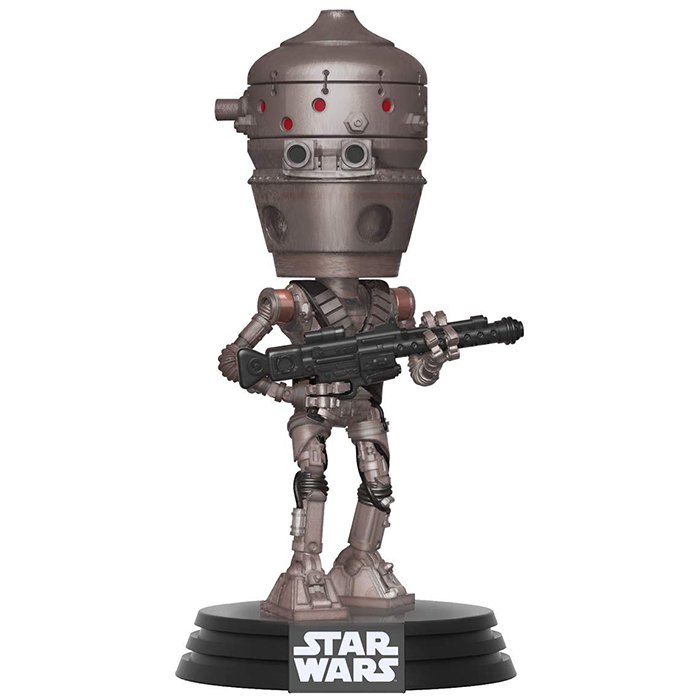 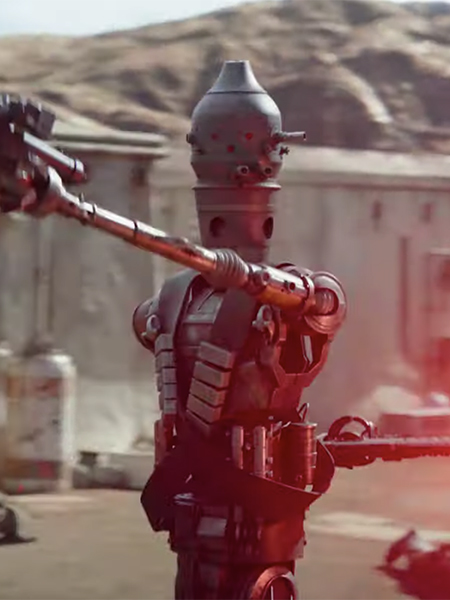 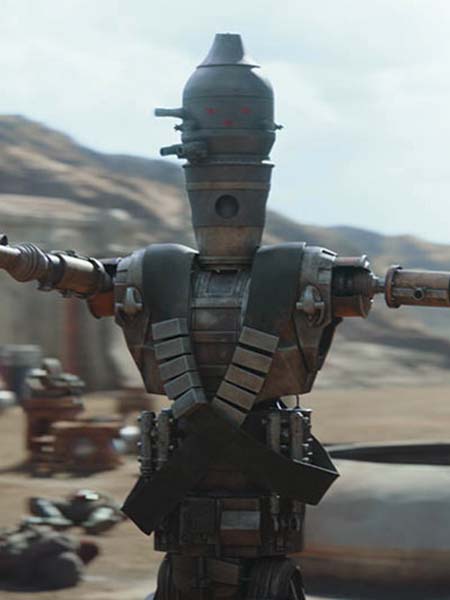 IG-11 has a very typical early Star Wars design. It’s a vaguely anthropomorphic droid made of grey, slightly rusty in places. You can see a lot of mechanical parts, wires, cables, rivets, etc on his rather skinny legs and arms. In his arms, he carries a very large black rifle with his finger on the trigger. On the head, it looks more like the top of a turret gun with the top seeming to be able to turn 360 degrees and this sort of telescopic tip. 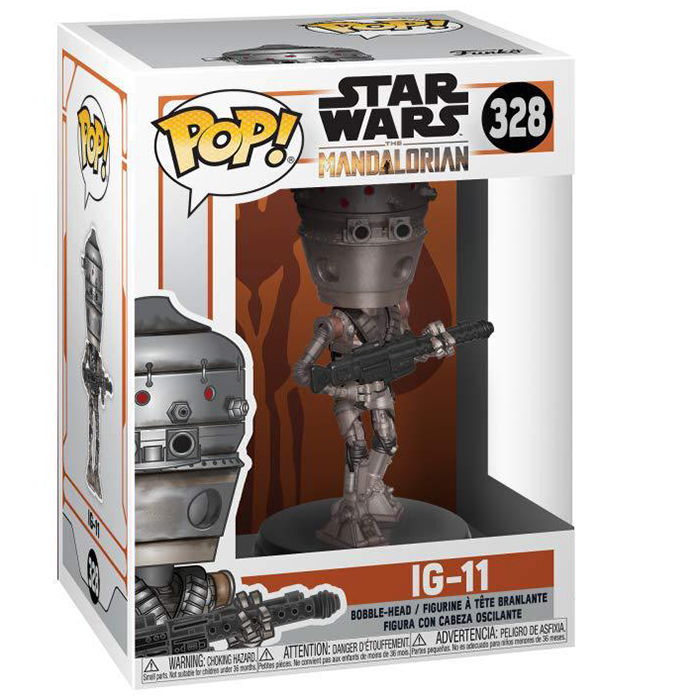