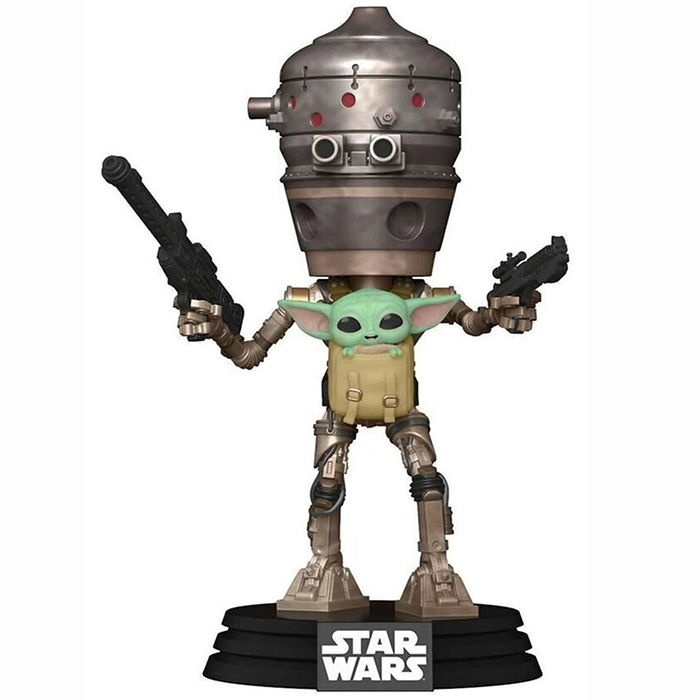 IG-11 is the other bounty hunter who was sent to find “The Child” at the beginning of Star Wars The Mandalorian series. While Din Djarin, the Mandalorian bounty hunter was ordered to retrieve the child alive and return him to his client, IG-11 was programmed to kill him if he thought he might fall into someone else’s hands. While IG11 and Din Djarin teamed up to enter the fortress where the child was being held, Din Djarin killed IG11 to save the child. At the end of the season, Din Djarin falls back on IG-11 because his friend Kuiil has retrieved him and reprogrammed him into a protective robot. The two of them then accompany Din Djarin when he returns to the planet where his client had given him the mission to help his former guild leader get rid of his troops in exchange for the cancellation of the bounty on him and the child. IG-11 will protect the child and will even end up sacrificing himself to save the child, Din Djarin and his friends. 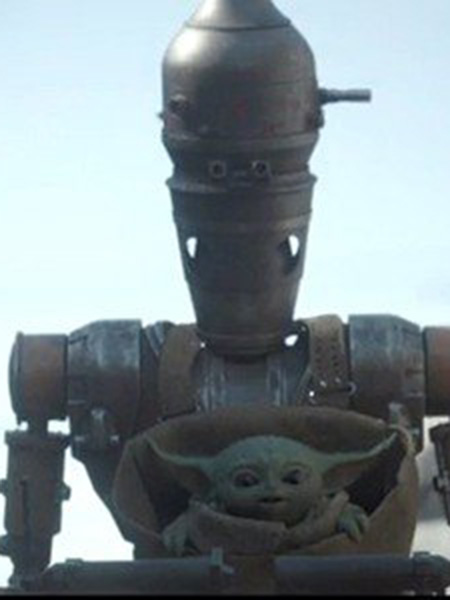 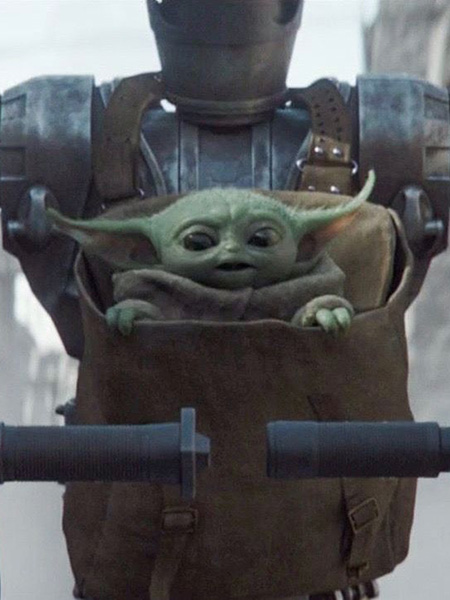 IG-11 is shown here in one of the scenes from the final episode of season one of the series. He is standing fighting and holding a pistol in each hand to protect the child that is clutched to his chest in his small beige satchel. IG-11 is a very rustic looking droid as you can see all his mechanism, the wires around his legs and arms, etc… He holds a sort of cannon in his right hand and a smaller pistol in the other hand. His head is oblong and can rotate 360 degrees and sights in the front serve as eyes. Finally, the child’s satchel is attached to his chest. Only his little hands and his head, with his big smile and his big ears, are sticking out of the bag. 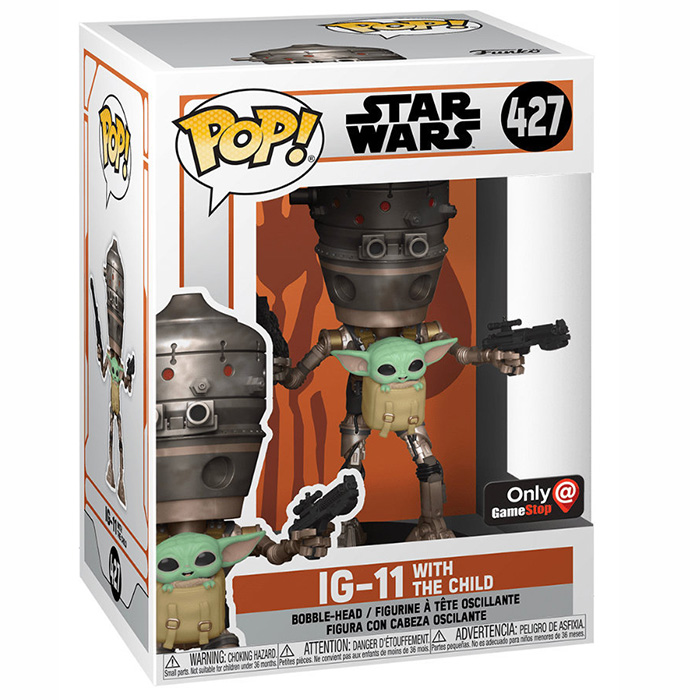