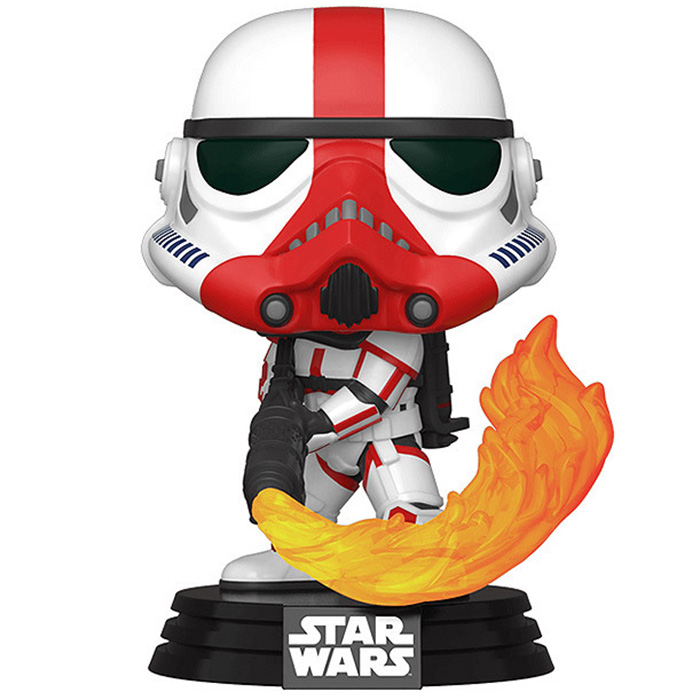 The incinerator stormtrooper is one we first see in the final episode of the first season of The Mandalorian series, set several hundred years before the first Star Wars trilogy in a world where the empire has recently fallen. The hero is a bounty hunter who becomes one of the most wanted men in the galaxy when he decides to guard and protect the child he was supposed to deliver to a wealthy client, a former high ranking officer of the empire. In the last episode, his former guild leader offers him to return to the planet and cancel his wanted notice if he gets rid of the former Imperials who have taken over the guild. Unfortunately, this is a trap and The Mandalorian finds himself trapped in a building with the child and some of his allies. That’s when the stormtrooper shows up with his flamethrower to destroy everything. Fortunately, the child, a young baby Yoda, uses the force to push the flames back towards the stormtroopers and give his protectors a chance to escape. 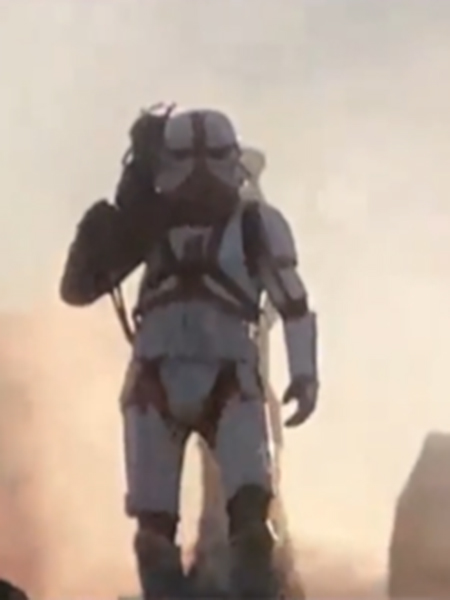 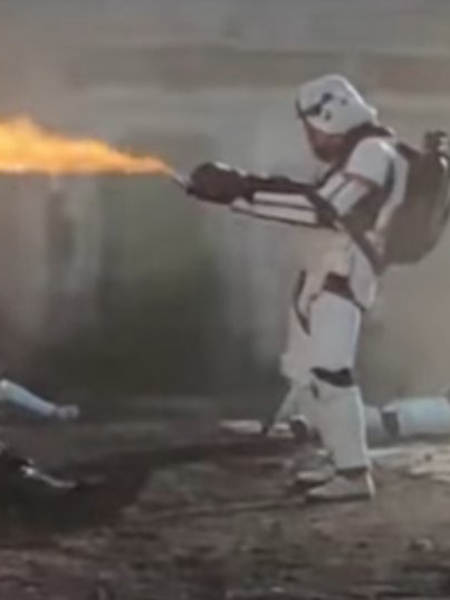 Like all stormtroopers, the base of this one’s armor is white and metallic with a helmet hiding his entire face. Underneath the various pieces of armor, one can see the black garment that holds them in place but also red stripes that remind one of his very specific role. On his white helmet with its characteristic shape, there is also a vertical red stripe in the center and on the front of the part that serves to breathe. Finally, he holds a large black flamethrower and a large flame that goes up and out to the right and upwards. 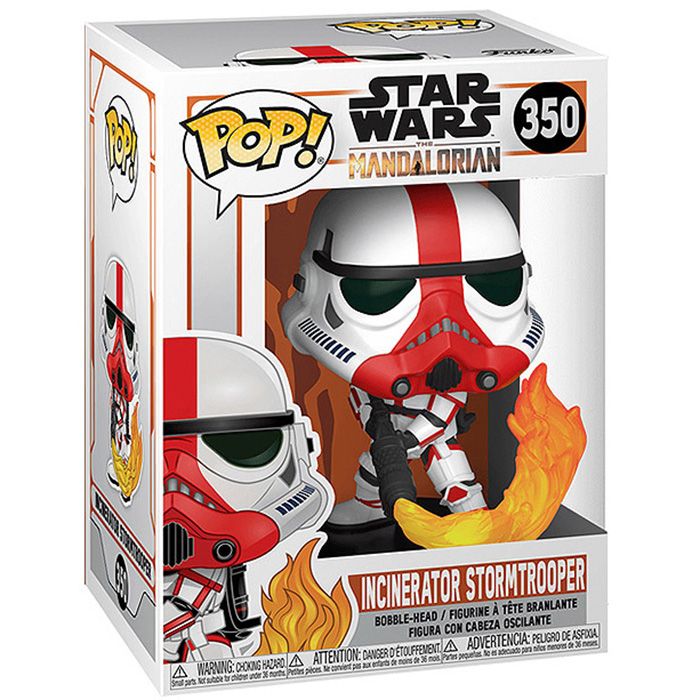