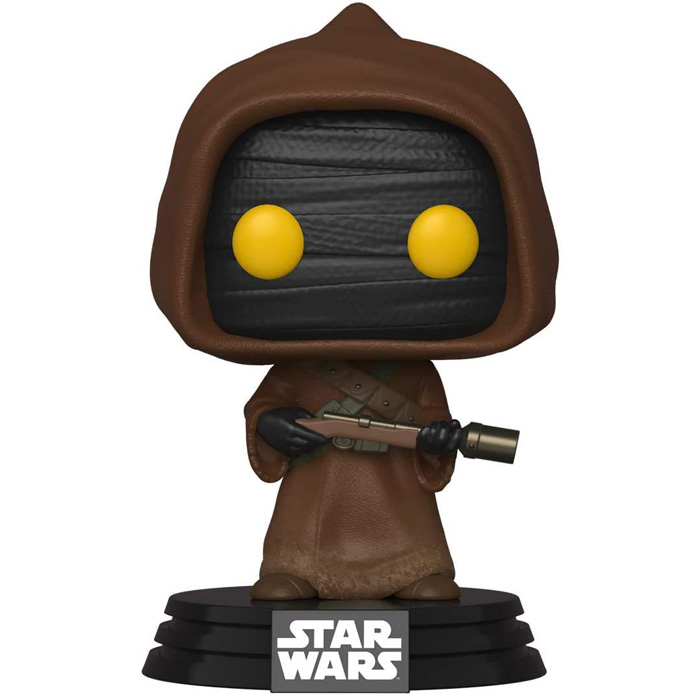 Jawas are strange creatures living mainly on the planet Tatooine in the Star Wars saga. People who have ever seen the true appearance of Jawas are very rare, as they always wear a cloak with a large hood that only reveals the gems they put over their eyes to protect themselves from the two suns of their home planet. Jawas are small humanoids, about three feet tall, who are particularly good at mechanics, looting wrecks to reuse all the parts. In the first film of the first trilogy, they capture C3-PO and R2D2 and sell them to the Skywalkers. 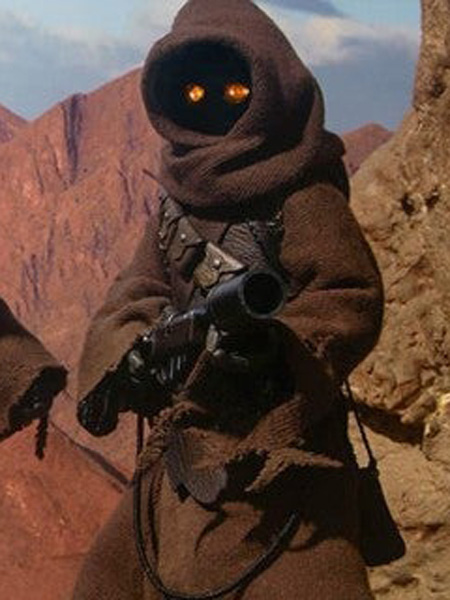 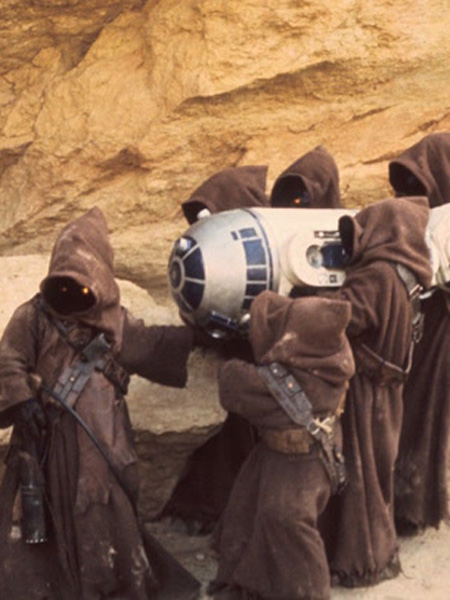 Funko has represented here one of the jawas seen in the first Star Wars movie. He wears, like all the jawas, a big brown coat with a hood that only shows the black bands on his face and his yellow eyes. He is also holding some sort of rifle in his hands and an ammo strap around his torso. 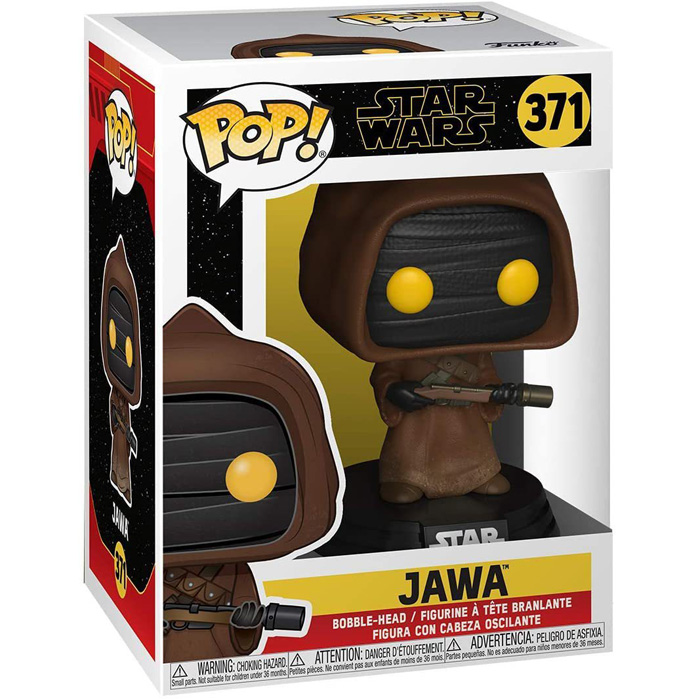