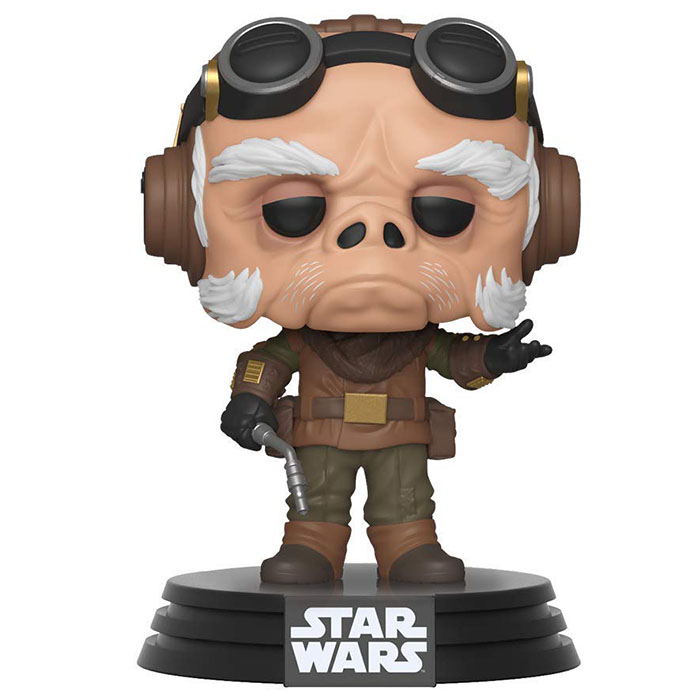 Kuiil is a character encountered by the bounty hunter at the center of The Mandalorian series story. The latter is looking for a new target “The Child” and so lands on the planet where he detects him. But just as he starts walking, he is attacked by blurrgs. Fortunately Kuiil saves him and takes him home. Then he lends him one of the domesticated blurrgs so that he can reach his target. Later on, when he has found his target, the famous “child”, he finds his ship looted by the jawas. Kuiil will help him once again by going to negotiate for him with the latter before helping him to reassemble all the pieces. The two men leave as good friends but it will not be the last time they will see each other. 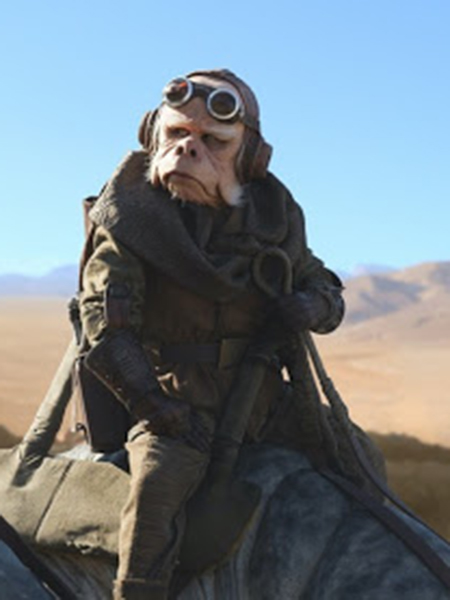 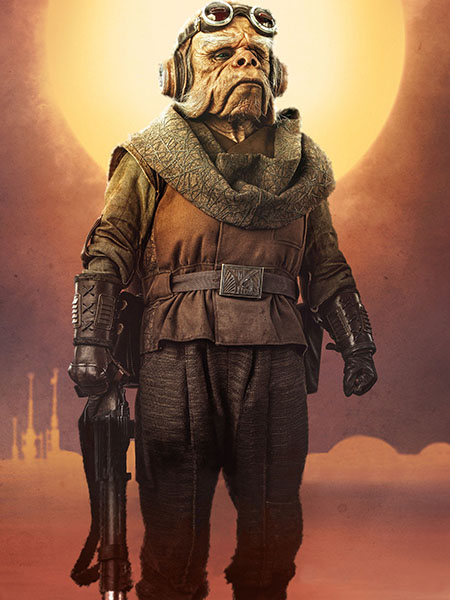 Being of the Ugnaught race, Kuiil has a strange look to him making him look a bit like a troll. He is small with a drooping mouth and a small flattened nose. He has several tufts of white hair above his eyebrows and on his cheeks. He also wears aviator glasses and a helmet over his ears. On the body, he also wears brown and green leather clothes with good coverage and gloves and holds a kind of metal pipe in his right hand. 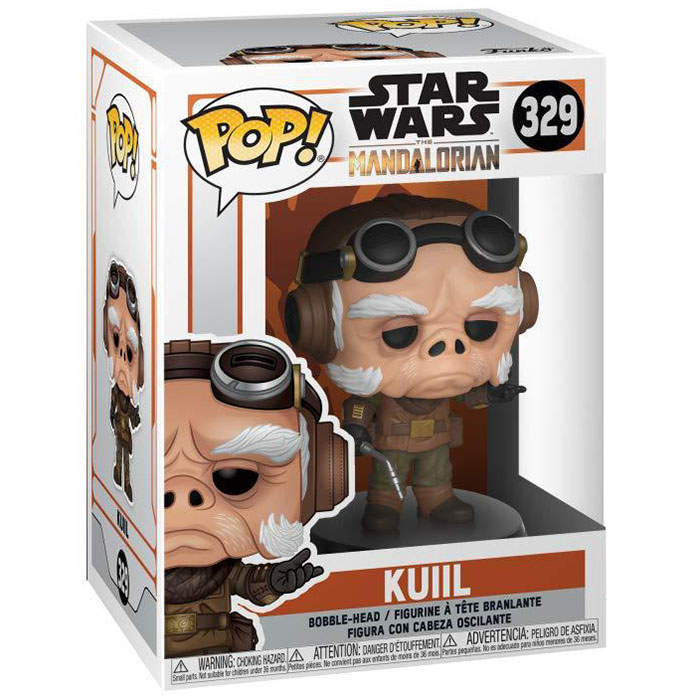