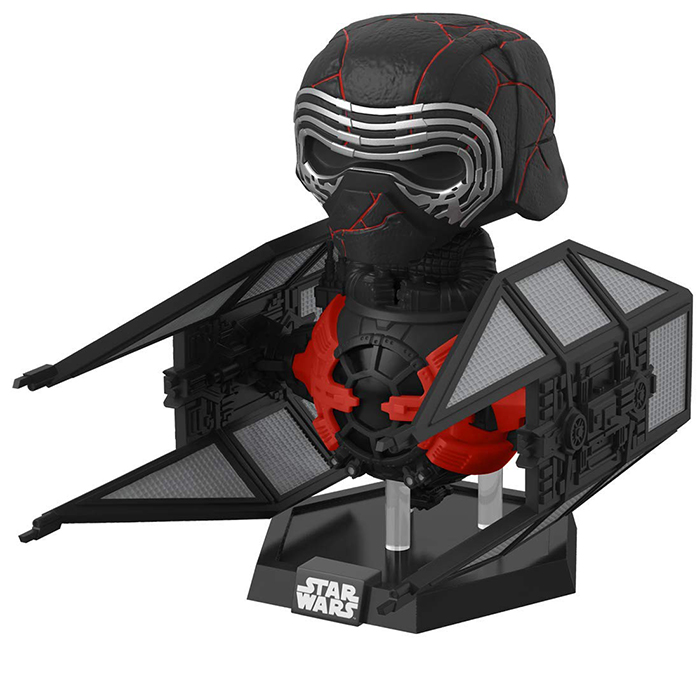 The leader of the first order

Kylo Ren is the main antagonist of the third Star Wars trilogy taking place about thirty years after the original trilogy. Kylo Ren is the son of Princess Leia and Han Solo who was trained in force control by Luke Skywalker but fell to the dark side of the force due to the influence of Supreme Leader Snoke. After killing his own father at the end of the first film, he surprised everyone by killing Supreme Leader Snoke to take his place. He offered Rey to join him so that they could join forces and rule the galaxy together. But she refused and ran away. In the movie Rise of the Skywalker, we can see that Kylo Ren is determined to fight Rey. 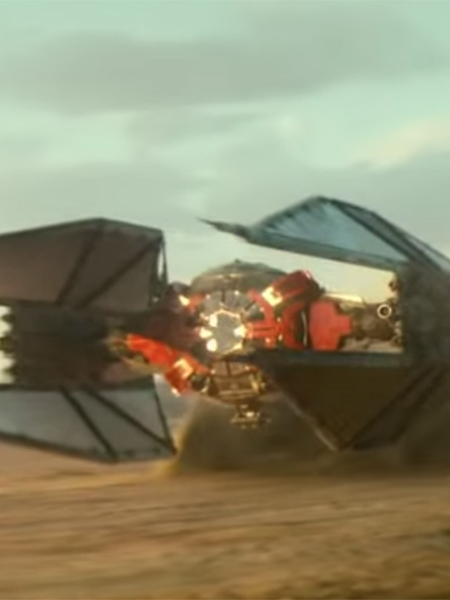 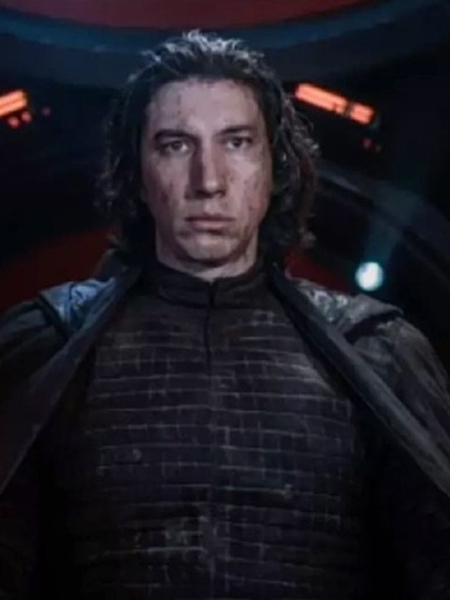 Kylo Ren is shown here in the tie whisper modified Tie Fighter ship that we see him using in the first images of the third film in this new trilogy. This tie fighter is almost completely black with red elements on the central round part. The wings, with their particular shape, are folded vertically and the whole is placed on a transparent base to give the impression of flight. Finally Kylo Ren is posed inside with his black outfit and his helmet with characteristic silver patterns cracked with red appearing underneath. 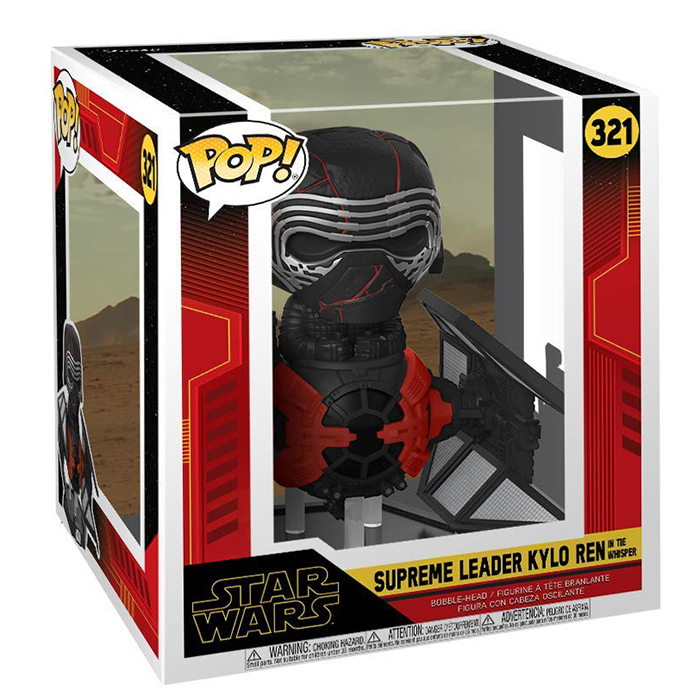