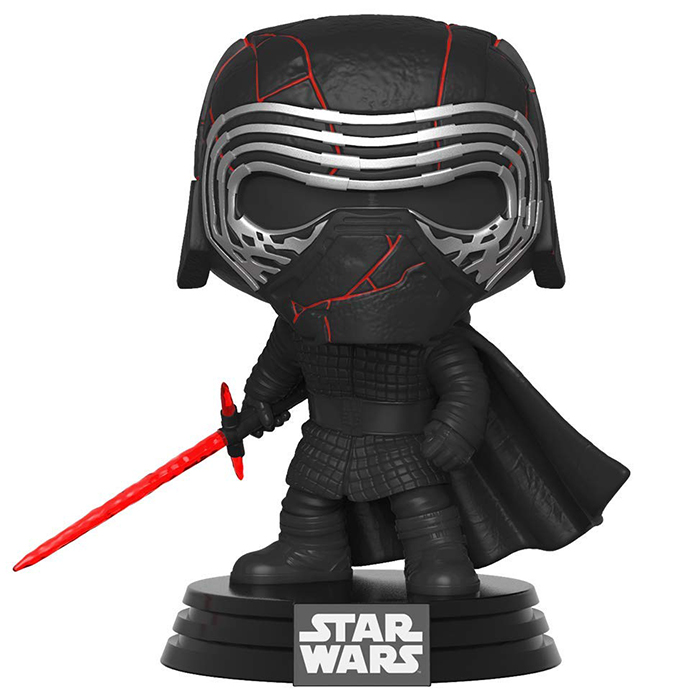 Kylo Ren is the big bad of the third Star Wars trilogy taking place about thirty years after the original first trilogy. He is the son of Han Solo and Princess Leia. Like his mother and uncle, he showed an aptitude for the force at a young age. He was trained to become a Jedi by his uncle Luke Skywalker, but was trained to the dark side by Supreme Leader Snoke, also having an unhealthy admiration for his grandfather Darth Vader. When he learned of another force apprentice, Rey, Supreme Leader Snoke ordered him to kill her. He eventually decided to kill the Supreme Leader to become the First Order Leader himself and tried to bring Rey back to his cause. This of course did not work and Rey fled. 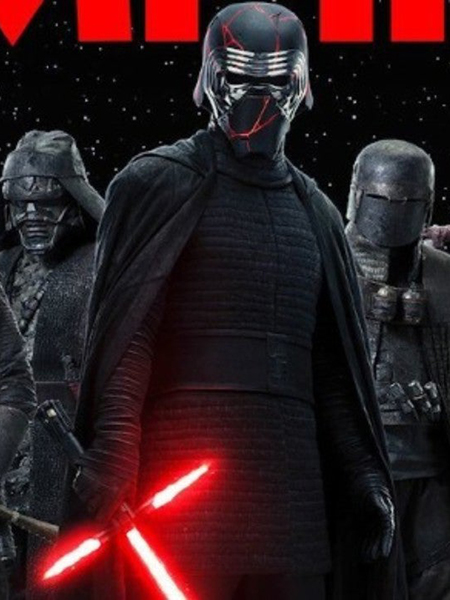 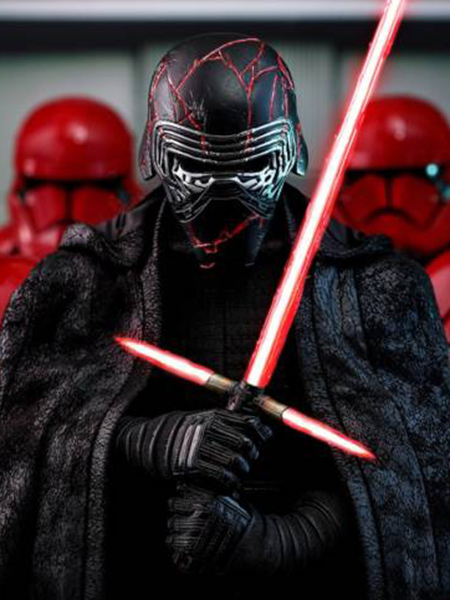 Kylo Ren is shown here in his Supreme Leader appearance. He is wearing his all black outfit with a padded tunic, boots, gloves and a long black cape. He is in a dynamic posture carrying his famous red cross-shaped lightsaber. Finally, at the level of the head, he wears his famous black helmet differentiating himself from Darth Vader by these silver patterns. Moreover, it is now cracked and red is visible through it. 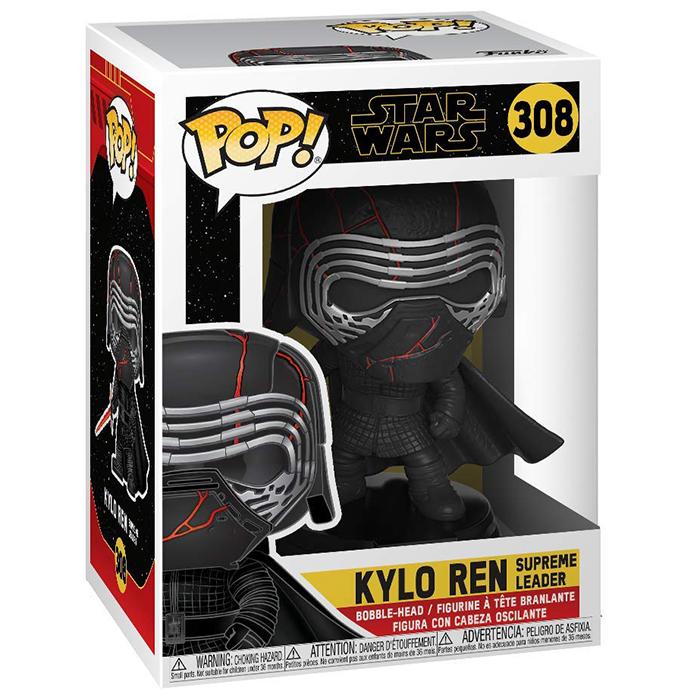