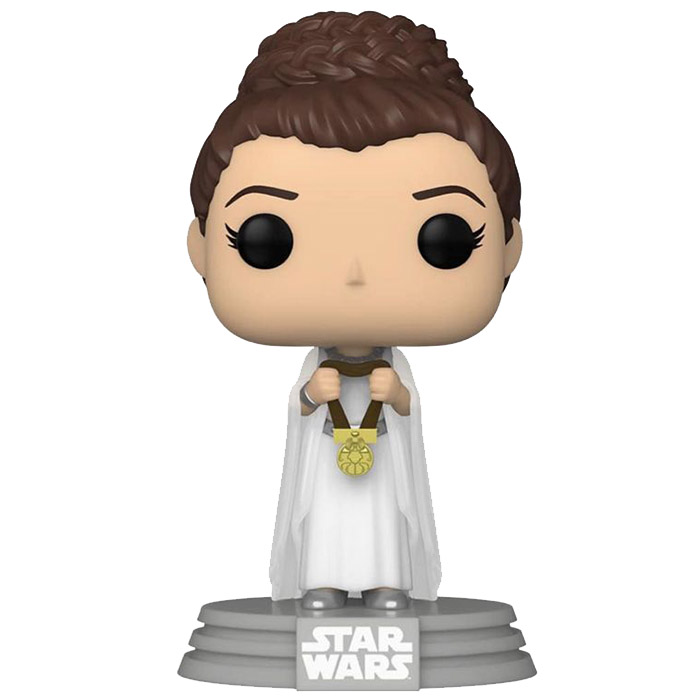 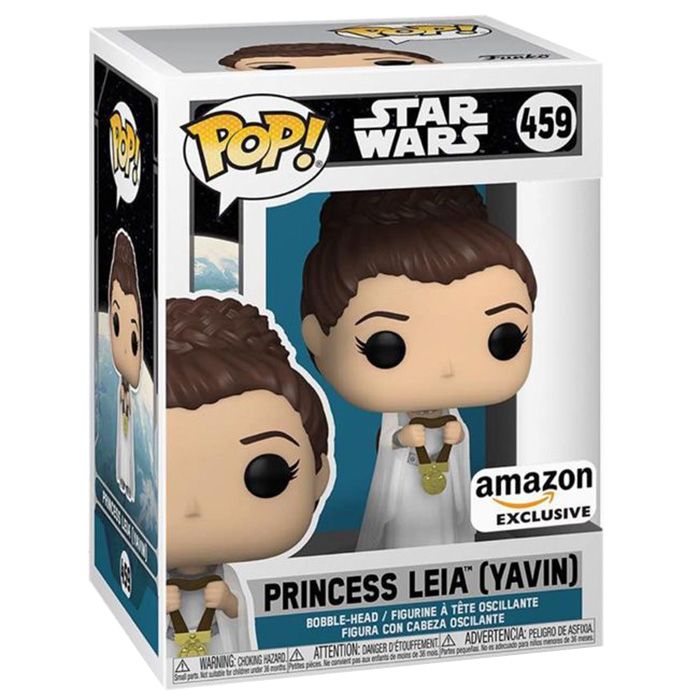 Leia Organa is one of the main and most important characters in the Star Wars universe. She is, initially unknowingly, the daughter of Darth Vader and Queen Amidala. She is also one of the leaders of the rebellion fighting the galactic empire. At the beginning of the first film, she is a prisoner of Darth Vader and sends the robots C3-PO and R2-D2 to bring a message to Obi Wan Kenobi asking for his help. The message is intercepted by Luke Skywalker. He leaves to rescue the princess with the help of Obi Wan and the pilots Han Solo and Chewbacca. If Obi Wan dies during a fight against his former protégé, the princess is saved and Luke manages to destroy the Death Star, Darth Vader’s ship, while leaving. At the end of the film, on the planet Yavin, Leia gives Luke and Han medals of valor for service to the rebellion. 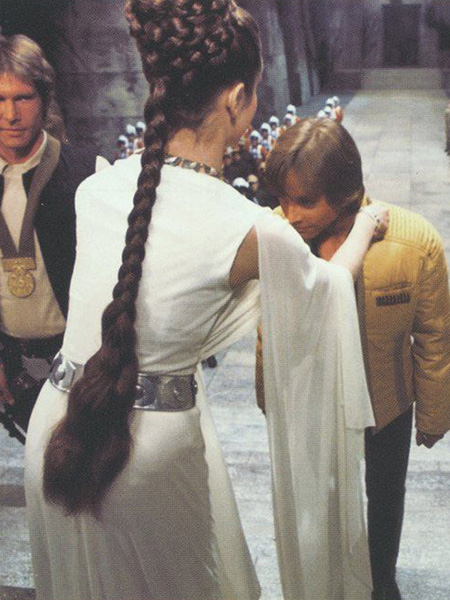 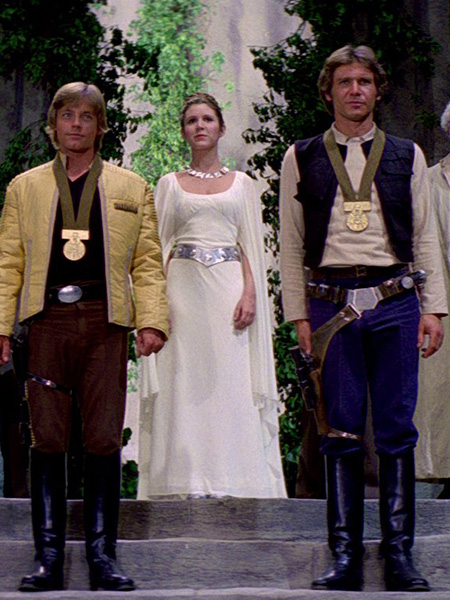 A Moment of Calm

Leia is shown here handing her medal to Luke or Han at the end of the film. She is wearing a long white dress with long sleeves and a cape that falls from her shoulders. She is also wearing a silver belt, silver shoes and a matching necklace of sorts as part of her dress. Her hair is braided in a large bun on her head and a long braid down her back. Finally, she is holding the golden medal that she is about to give to her friends.