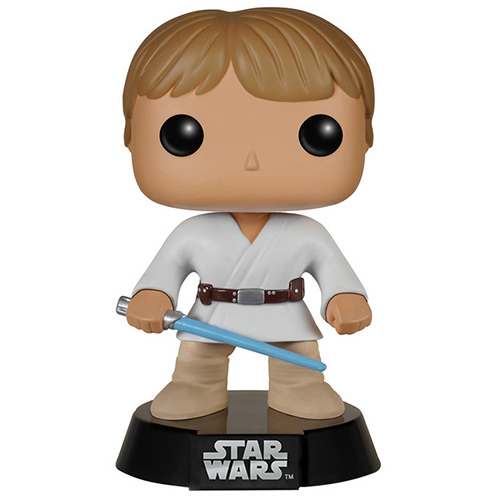 Luke Skywalker is one of the main characters in the Star Wars saga. He appears mainly in the original trilogy (since he was born at the very end of episode 3 of the new trilogy). He was raised by his aunt and uncle on Tattooine and later became the Jedi apprentice of Obi Wan Kenobi and Yoda. He later met Princess Leia, who turned out to be his twin sister, and his father, who turned out to be Darth Vader. He will manage to bring him back to the right side of the force just before his death. 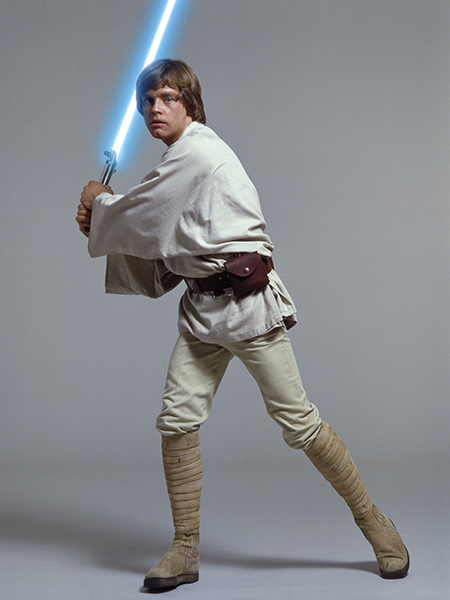 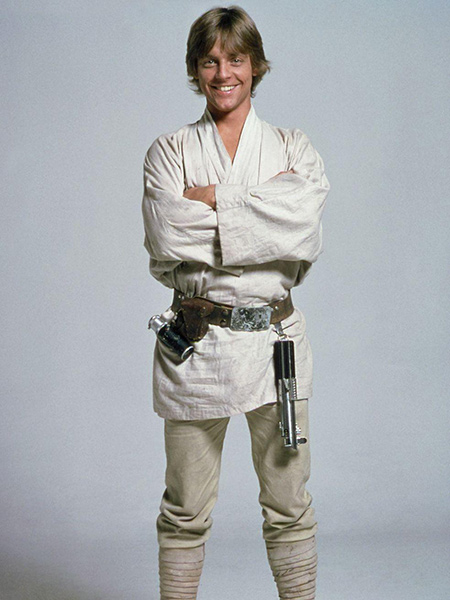 Luke Skywalker in his early days

Luke is represented here when he still lives on Tattooine and is a Jedi apprentice. He wears this very sober outfit composed of beige pants and a white kimono closed by a leather belt. On the head, his face is very simple but we can recognize his characteristic hairstyle. Finally, he holds his famous lightsaber in his hand. 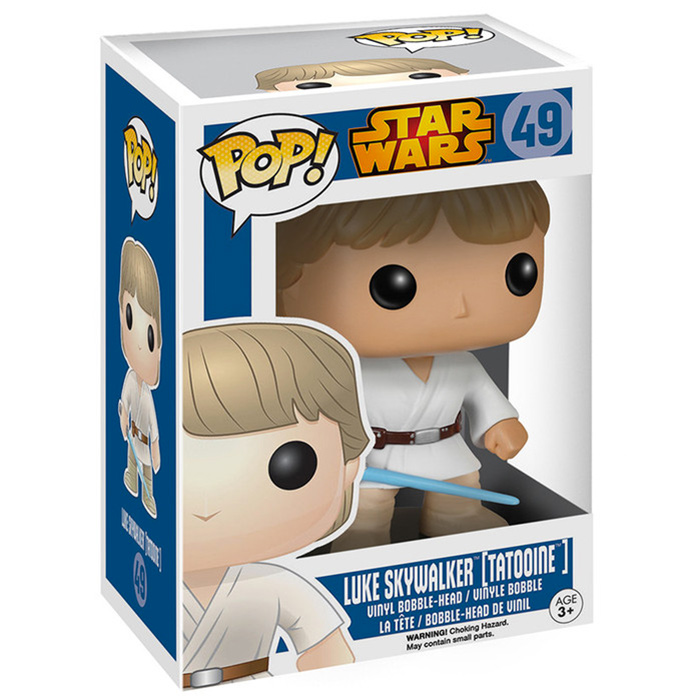