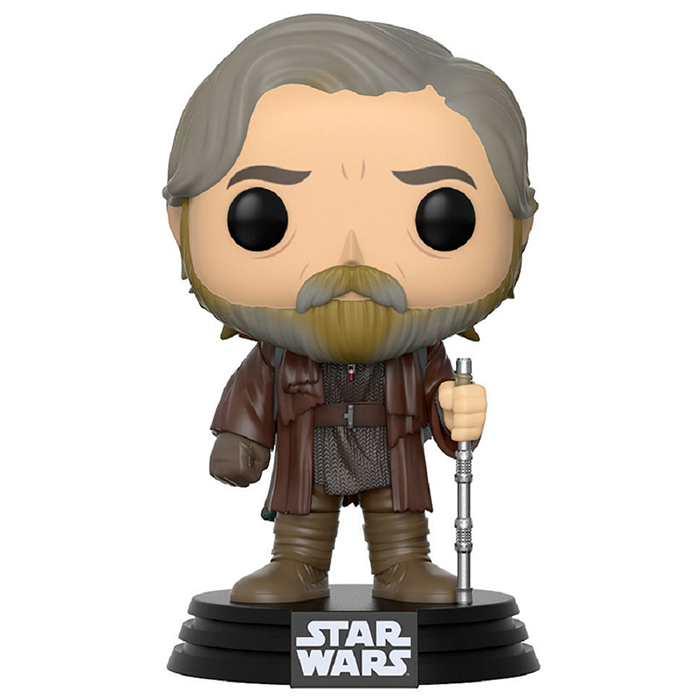 The apprentice becomes the master

Luke Skywalker is one of the main characters of the Star Wars saga. After being at the center of the first trilogy and then logically absent from the second, we finally find him in an important role for the second film of the third trilogy. After Rey finds him on the island where he was exiled, he becomes his master and teaches him to use the force. We also learn a little more about what happened in the last few years and the reasons for his exile after his nephew, whom he had trained, succumbed to the dark side of the force. 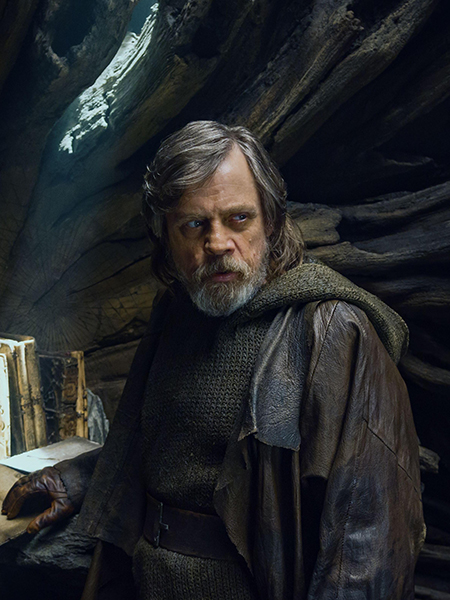 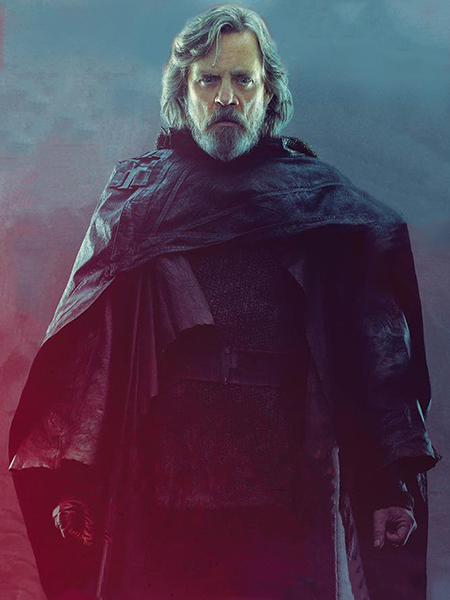 While in the last scene of the previous film Luke looked like an old Jedi master, his clothing now suggests that he is ready to fight again. We find these pants with high brown boots and a tunic with a chain mail effect and a leather belt. With this, he wears a short brown coat with a nicely represented draped effect. At the head level, we find his hair and his grey beard in which there is still some blond. Finally, his missing hand is gloved so as not to show his prosthesis and he holds his stick with his left hand. 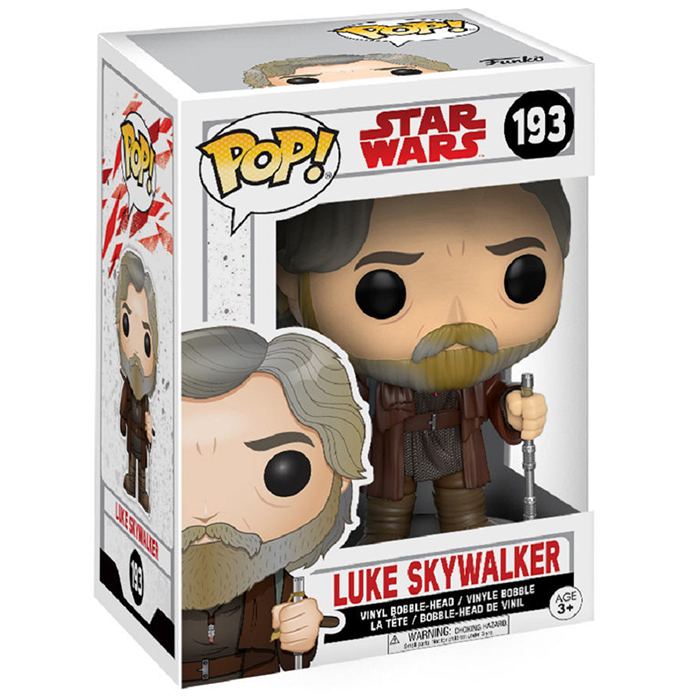