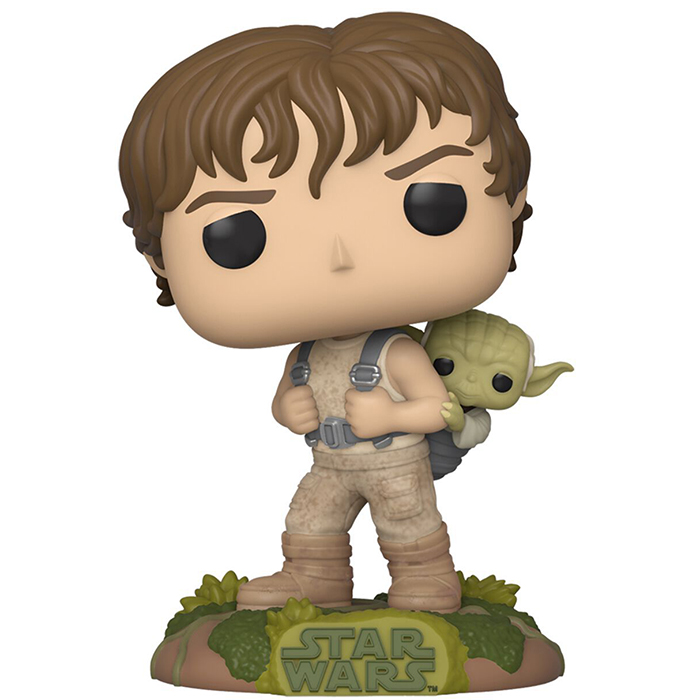 Luke Skywalker is one of the main characters in the Star Wars saga. In the first trilogy, he finds himself embroiled in the fight against the empire when he finds Princess Leia’s SOS message recorded on a small robot and asking for Obi Wan Kenobi’s help. Luke finds it and with the help of pilot Han Solo, they find her and rescue her from the clutches of Darth Vader. But during this time, Luke discovers that he is Force sensitive. Unfortunately Obi Wan Kenobi, a Jedi master, was killed by Darth Vader at the end of the first film. In The Empire Strikes Back, he goes in search of another Jedi master, the mysterious Yoda. He will find him on the planet Dagobah living in a small hut in the middle of the forest where he has lived alone for decades. If he may seem a bit crazy at first, or at least eccentric, he remains a powerful Jedi master who will succeed in teaching Luke everything he needs to master the force and eventually fight Darth Vader. 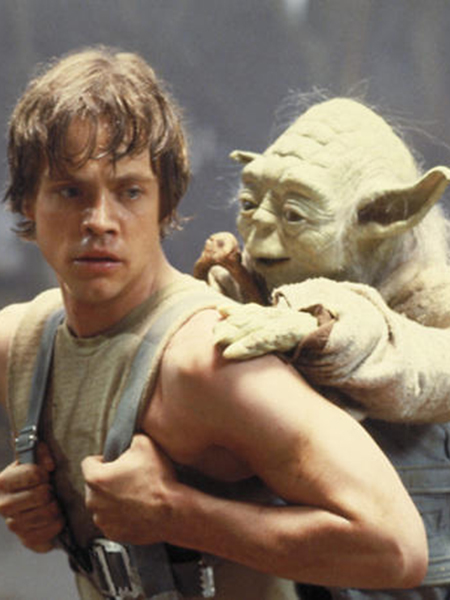 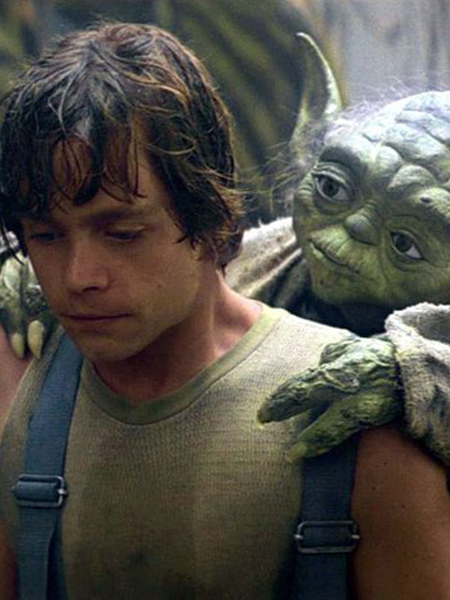 So Luke is shown here when he is being trained by Master Yoda on the planet Dagobah and Master Yoda forces him to carry him on his back in a backpack of some sort. Luke is wearing beige pants, boots and a tank top, the planet Dagobah being a hot, humid forest planet. His clothes are partly stained with mud and you can see that his hair is sticking to his face. Yoda is in this kind of bag but we can see his little green and wrinkled head and his bread on Luke’s arm. Finally, they are put on a different base than the usual Star Wars base. This one represents the ground of the planet with earth and leaves and the Star Wars logo blends in the environment. 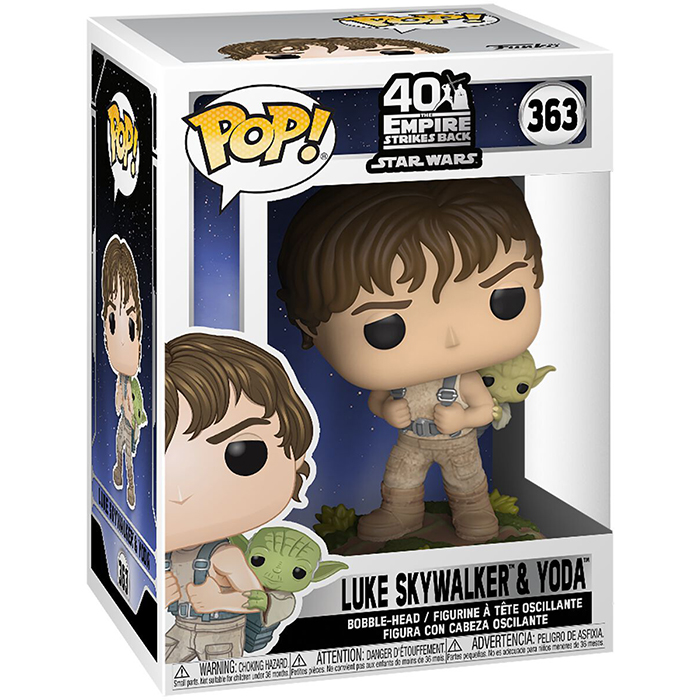