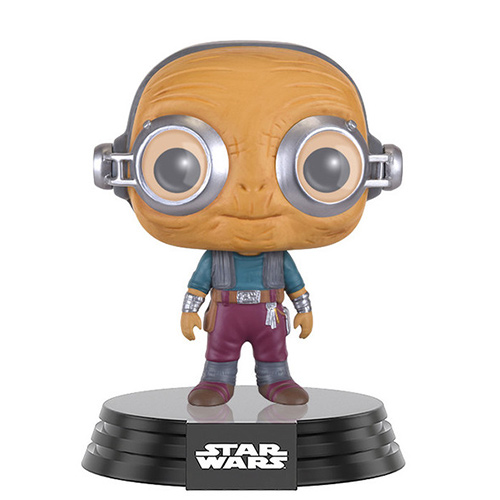 Maz Kanata, the owner of the castle

Maz Kanata is a secondary character in the first film of the new Star Wars: The Force Awakens trilogy. She is an alien of an undetermined race who owns a castle that is home to all sorts of pirates and smugglers. Han Solo, Rey and Finn will stop there while they are pursued by the First Order. She is the one who has Luke Skywalker’s lost lightsaber. Rey will feel attracted to him and Maz Kanata will give it to her because she seems to possess the Force. Maz Kanata is a rather sympathetic character, hostile to the first order and thus rather on the side of the resistance. 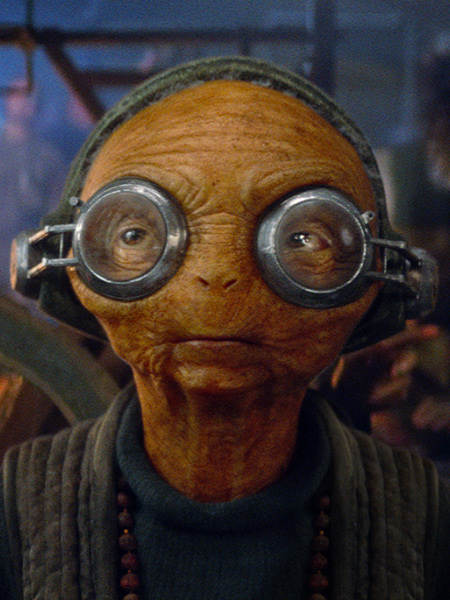 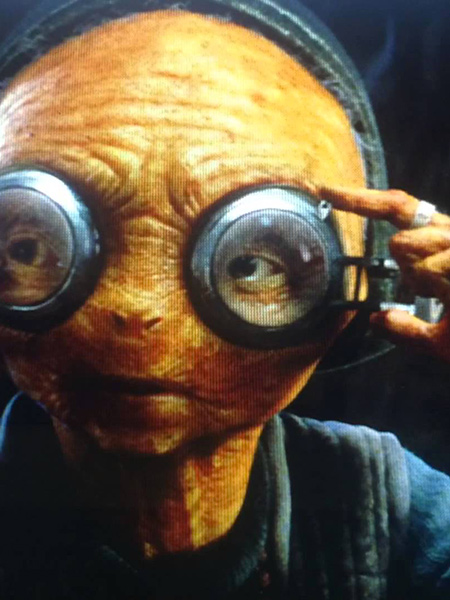 Maz Kanata is an alien with the look of a shriveled old lady. We can see her purple pants and her turquoise t-shirt, all decorated with several silver jewels. On the face, her skin is orange and marked with many folds and wrinkles. As in the movie, she wears a strange helmet with big glasses that make her eyes appear even bigger than they really are. 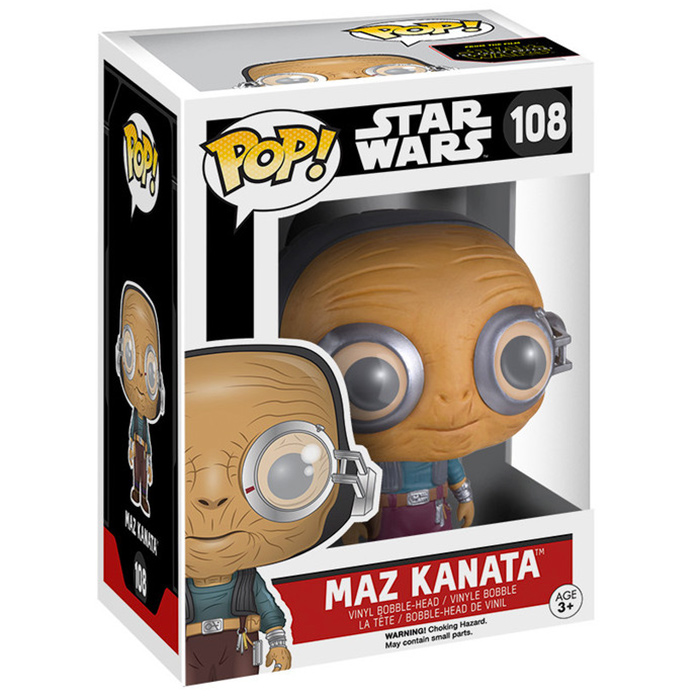