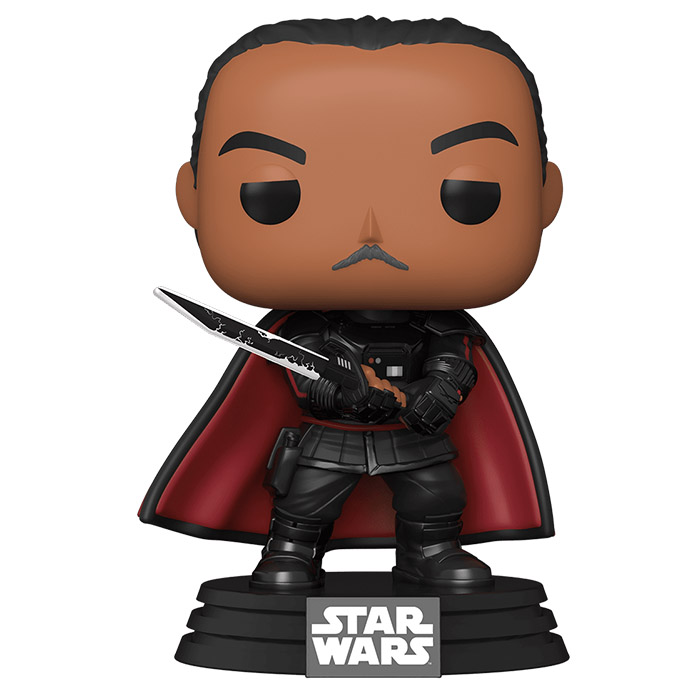 Moff Gideon is a character we meet in the Star Wars The Mandalorian series. He was a member of the Empire who had notably participated in the great purge of the Mandalorian people and had escaped his death sentence for war crimes by faking his own death. In The Mandalorian, he is the one for whom “the client” had ordered the hero of the series, the bounty hunter “The Mandalorian” to find a specific target “the child” who is most likely Yoda when he was a baby. Only, after he delivers the child, he changes his mind and goes back for him. Indeed, he has become attached and is too afraid of what the client has planned to do with him. So Moff Gideon will throw every other bounty hunter in the galaxy after him in an attempt to get the child back at any cost. This will end in a memorable fight at the end of the first season. 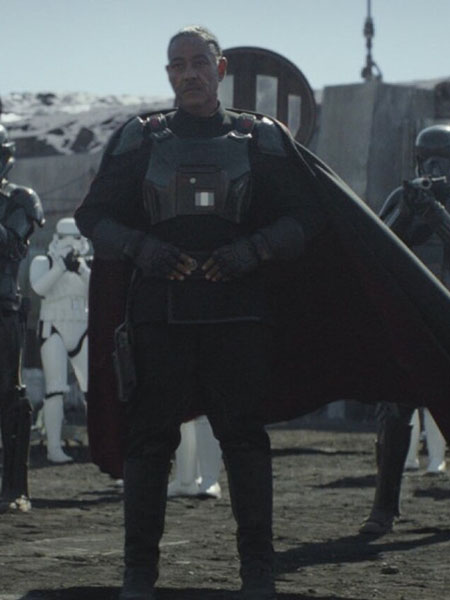 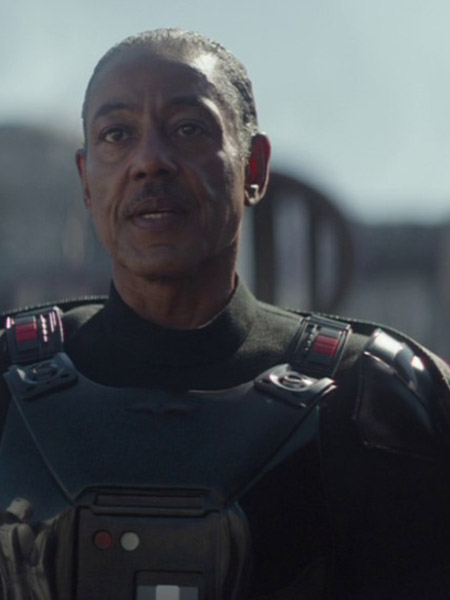 Funko represented Moff Gideon with his black outfit in the pure tradition of Star Wars villains. He wears big boots and a tunic as armor and of course a long black cape with red lining. He also holds his sword with both hands. Finally, at the level of the head, we find his brown skin as well as his small mustache. 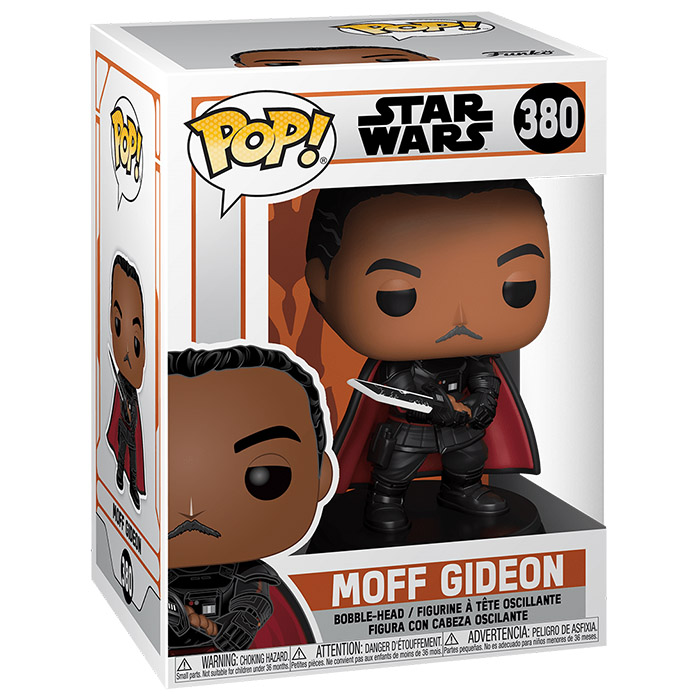