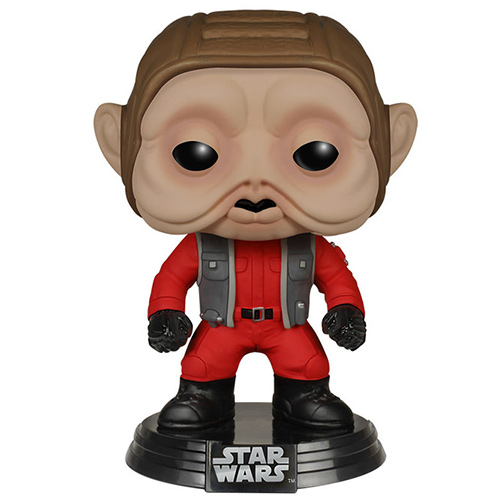 Nien Nunb is a character in the Star Wars saga. First appearing in the first Star Wars saga, he made his return in The Force Awakens. Nien Nunb was Lando Calrissian’s co-pilot, the smuggler who betrayed Han Solo before deciding to help him in Return Of The Jedi. In The Force Awakens, he joined the Rebel Alliance and is now part of Poe Dameron’s X-Wings squad. 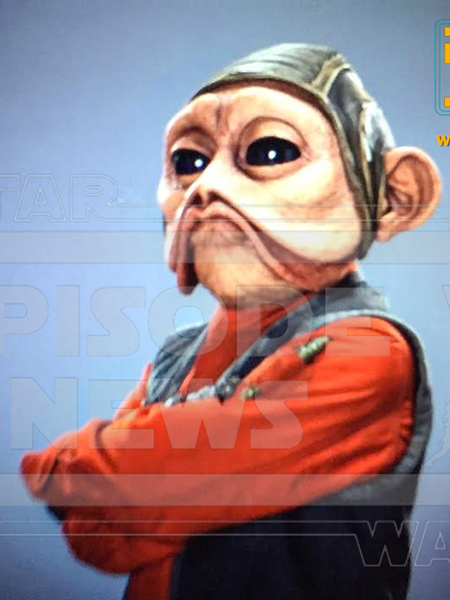 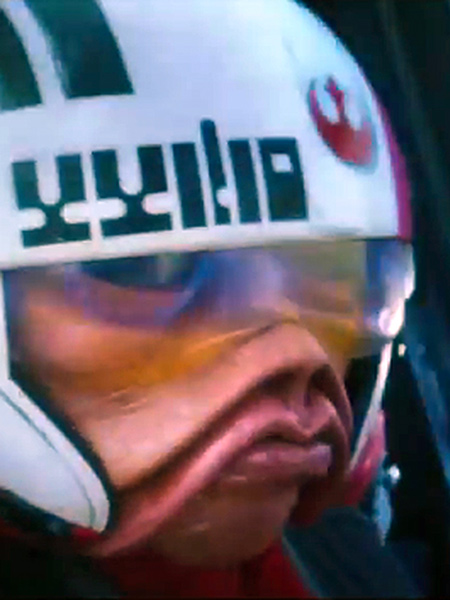 Nien Nunb and his pilot outfit

As in the last movie of the saga, Nien Numb is represented here with his pilot outfit. He is wearing the famous red/orange suit with black boots and gloves. He wears a grey sleeveless vest on top. But what makes the character recognizable is of course his face. We find this half-humanoid half-fish head with its pale pink skin, its black eyes and the folds of its skin reminding of gills. Finally, he is of course wearing his brown pilot’s helmet. 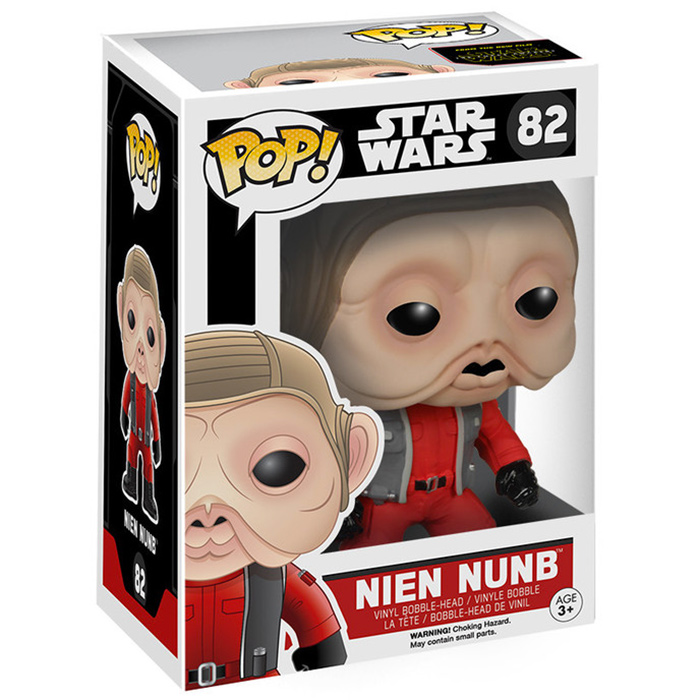