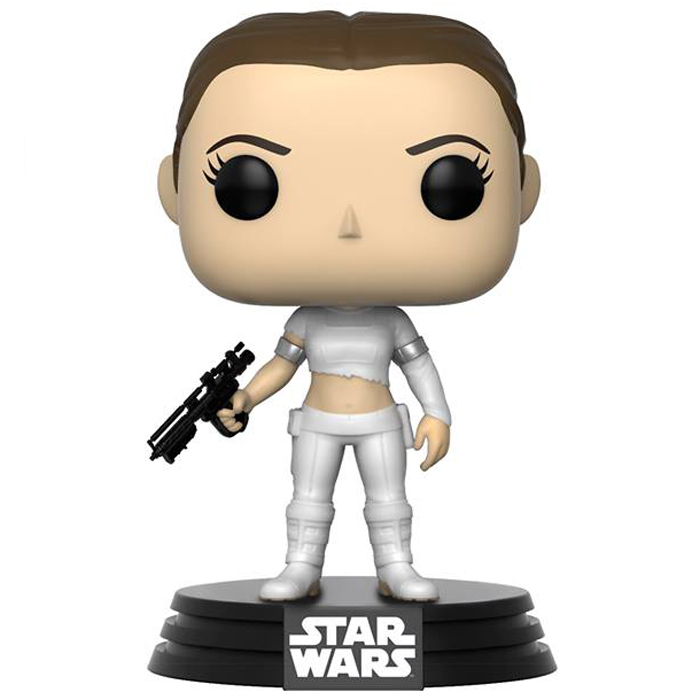 Padmé Amidala is one of the heroines of the second Star Wars trilogy taking place between 20 and 30 after the first. Padmé is the young queen of Naboo and became a highly respected political figure as she worked for the liberation of her people. She later became a senator for Naboo in the Galactic Senate. She met the young Anakin Skywalker when he was only 10 years old and they helped each other escape from the planet Tatooine where she was incognito. She meets him again ten years later when he has become a powerful Jedi and he becomes her bodyguard. The two eventually become close and begin a secret relationship before marrying. Unfortunately, Senator Palpatine’s influence on Anakin causes him to turn to the dark side of the force and Padme dies as a result. 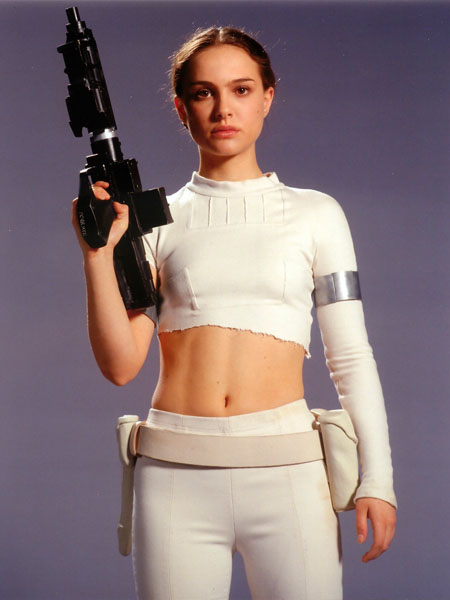 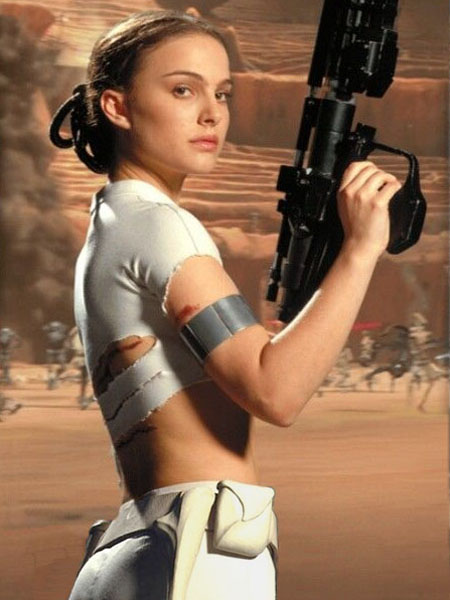 Like Leia’s mythical white dress, Padme’s white warrior outfit is one of her signature outfits. We find her white pants with matching boots and this famous tight white top revealing her belly and one of her arms. She also holds a big laser gun in her right hand. Finally, at the head level, we find her brown hair tied in a bun at the back of her head. 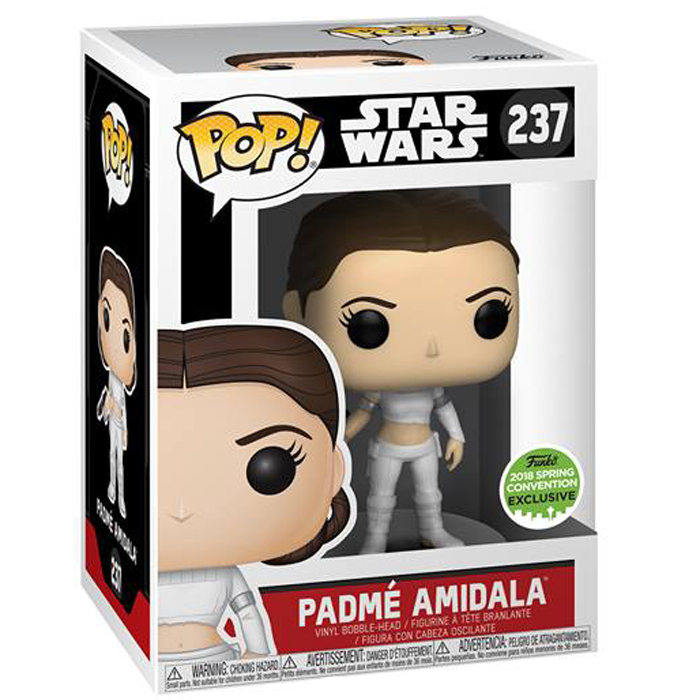