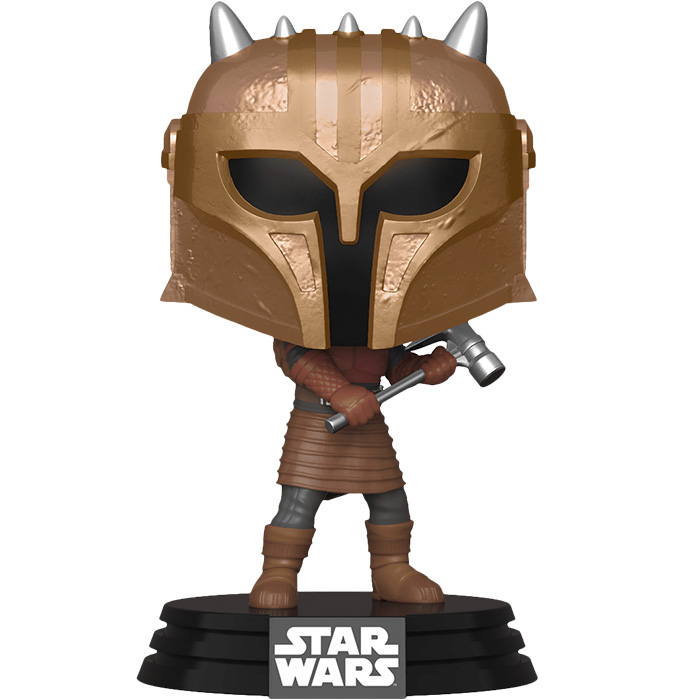 The Armorer is a character in The Mandalorian series set in the Star Wars universe several hundred years before the beginning of the first trilogy. The series centers on a bounty hunter who is a member of the Mandalorians, a people and order that has lived in hiding since the fall of the Empire and for whom secrecy has always been important as they are only allowed to remove their helmets when they are alone. At the beginning of the series, the hero accepts the mission of a strange client who pays him with a large quantity of beskar, a precious and very resistant metal which composes the armor of the Mandalorians and of which only the armorer, the blacksmith has the secret to forge it. But when The Mandalorian decides to retrieve the child of a strange species he delivered to the client, he becomes one of the most wanted people in the galaxy and all the members of his order become involved. The blacksmith, like the others, decide to help him escape and protect the child. She will prove that she is also a very efficient warrior. 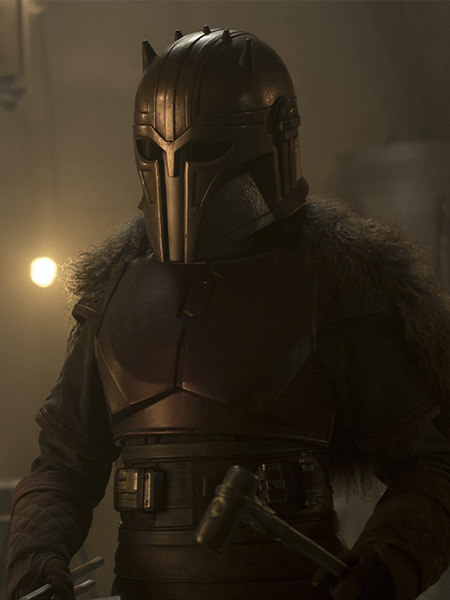 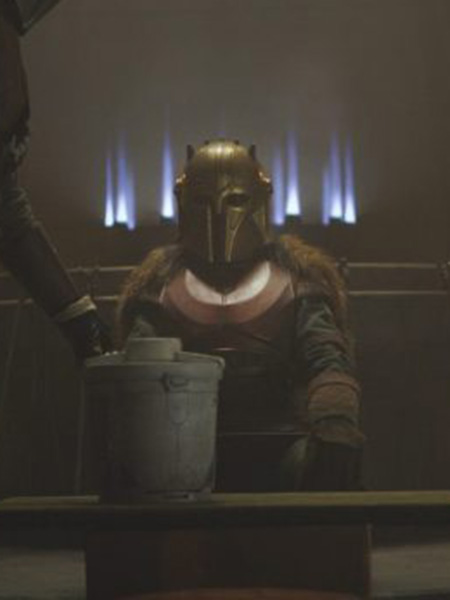 The Armorer is shown here in her blacksmith outfit but holding her hammer in her hands and ready to fight. She is wearing her protective brown leather tunic with matching gloves and boots. On her head, her helmet is a bit different from the other mandalorians. It is golden with horns on top, reinforced at the nose and with the shape of the eyes more marked. Finally, his sledgehammer is ready to be wielded, which adds to the Viking feel of his outfit and posture. 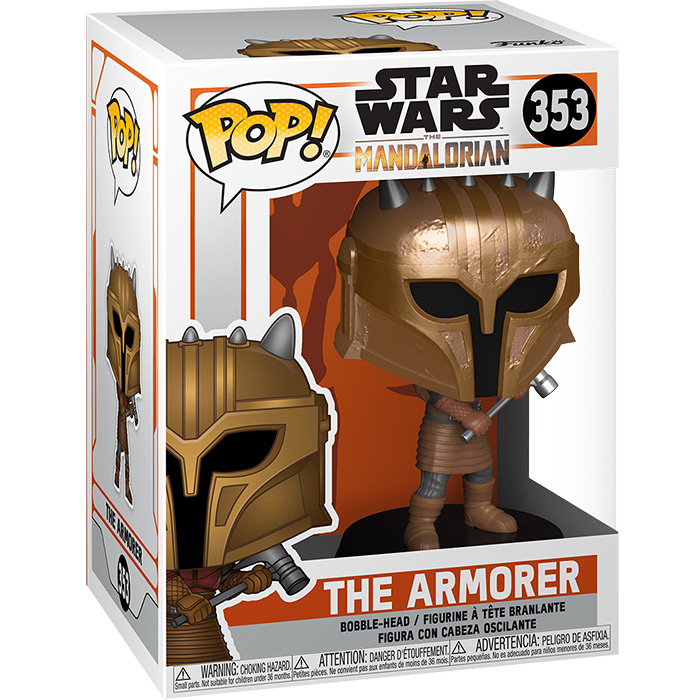