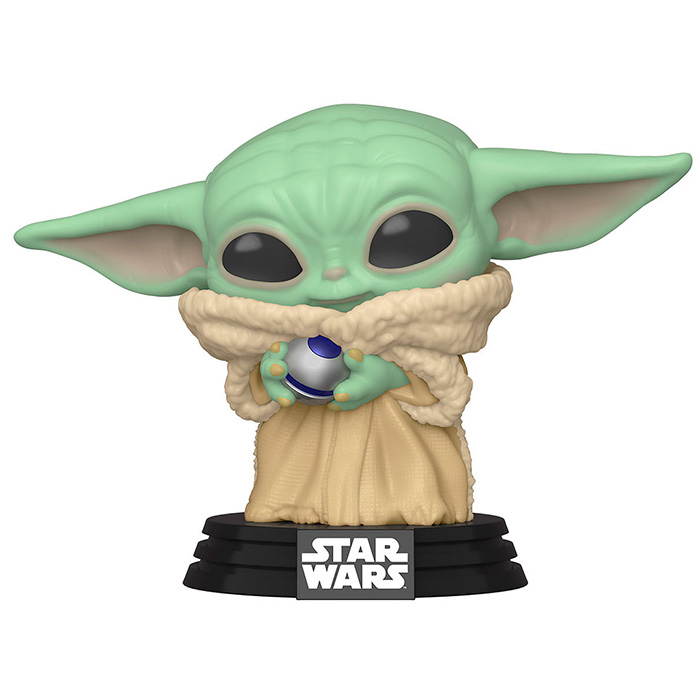 The Child is one of the main characters in the Star Wars series The Mandalorian. Set several hundred years before the first Star Wars trilogy, it focuses on the adventures of a bounty hunter, the Mandalorian, and his unusual mission that will change his life. Indeed, he accepts a mission from a former member of the empire and it concerns the child of an unknown young species. The latter fights to recover the child and prepares to bring him back to his client. But the child, who is none other than a baby version of Yoda, is rather endearing and saves the bounty hunter’s life several times using the force. The Mandalorian hands the child over to his client but quickly changes his mind, afraid of what the client might do to the child, and comes to retrieve him with the help of the other members of his people. He flees with the child and becomes a target for many bounty hunters. 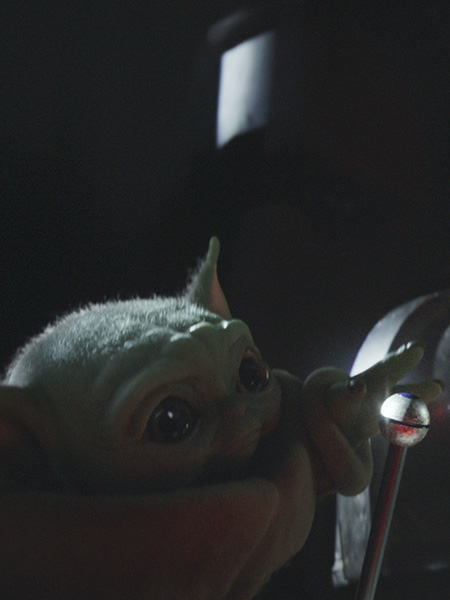 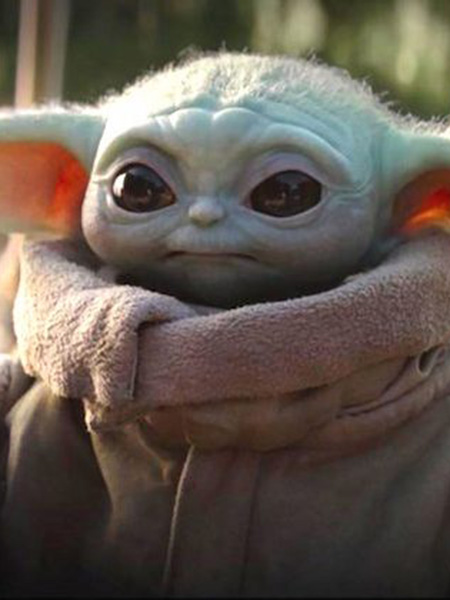 For this exclusive version of the child, Funko depicted him when he’s in the Mandalorian ship and steals one of the control buttons to play with. As always, he wears a beige canvas robe falling to his feet and trimmed with white fur on his arms and collar. His large green head with two large ears is bent down and he smiles a little as he looks at the object in his three-fingered hands. This object is a round silver metal control button with blue elements. 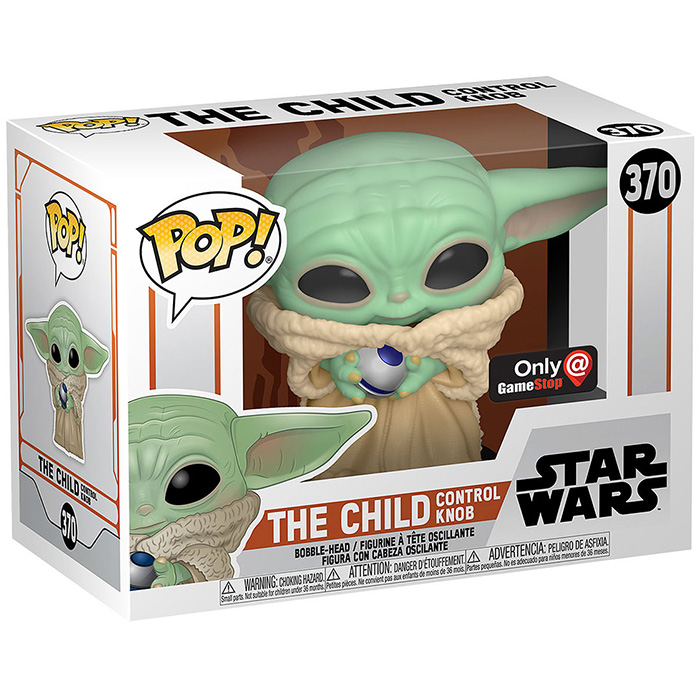