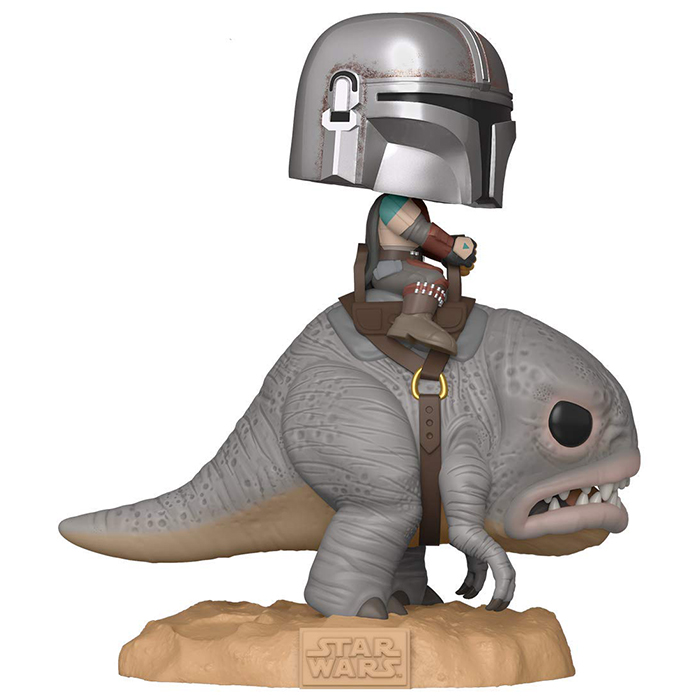 The Mandalorian is the hero of the series of the same name set in the Star Wars universe. He is one of the Mandalorian people who, from the day they put on their helmets, can never take them off in front of anyone else or risk never being able to put them on again. He is also a bounty hunter who at the beginning of the series accepts an unofficial mission for a very large sum of money. He thus goes on the planet in question, a quasi desert planet, on which he will meet difficulties to move. Fortunately, he will be helped by Kuiil who will help him to domesticate a local dinosaur-like animal with a fish head. This will finally allow him to find the target he is supposed to bring back to his client. 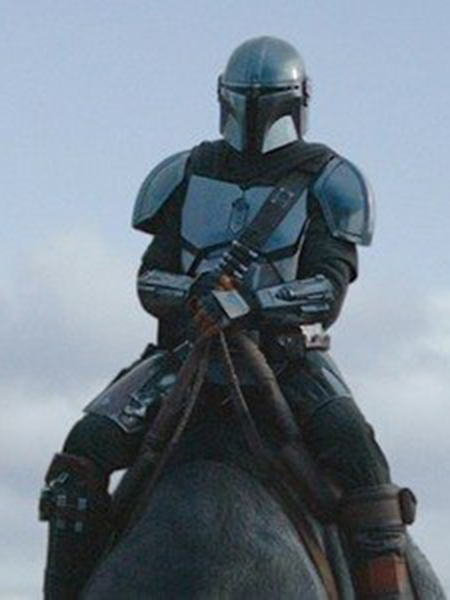 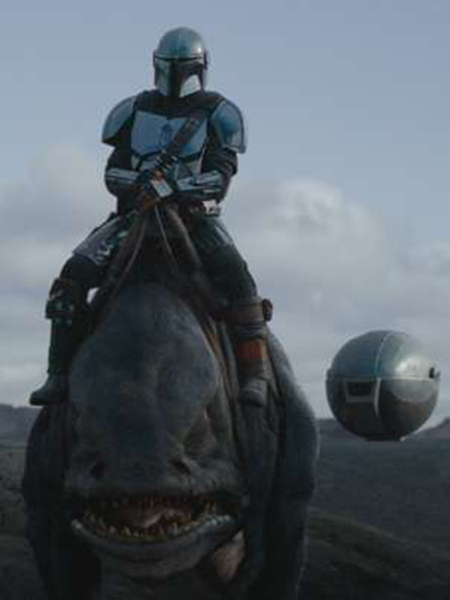 So for this pop wrinkle figure, Funko depicted The Mandalorian on the back of the blurrg. The creature has a grey body with a long tail and powerful back legs that can resemble those of an elephant. Its front legs are much smaller like those of a tyrannosaurus. It has no neck and a stocky body with a piranha-like head. There is a saddle hanging around his torso and the Mandalorian is sitting on it. He wears his usual armor with a long cape and boots with ammunition hanging around them. Finally, he wears that characteristic helmet that he never takes off. 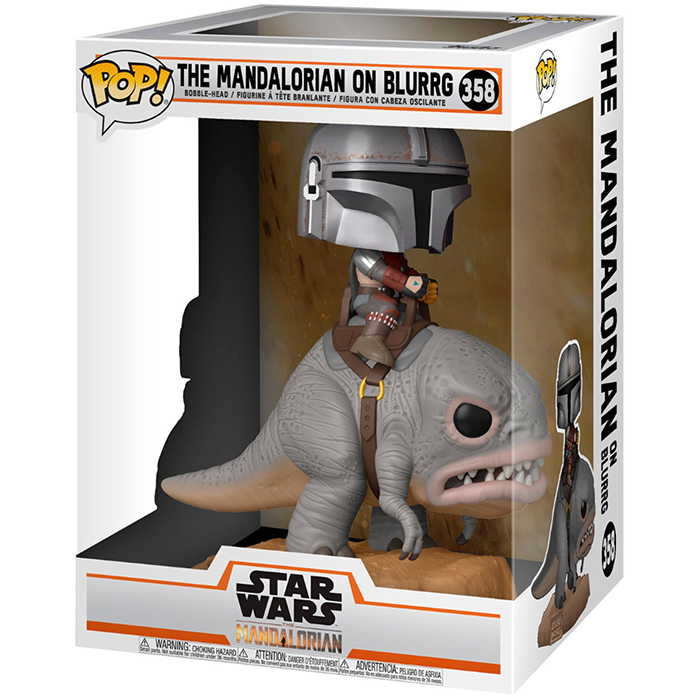