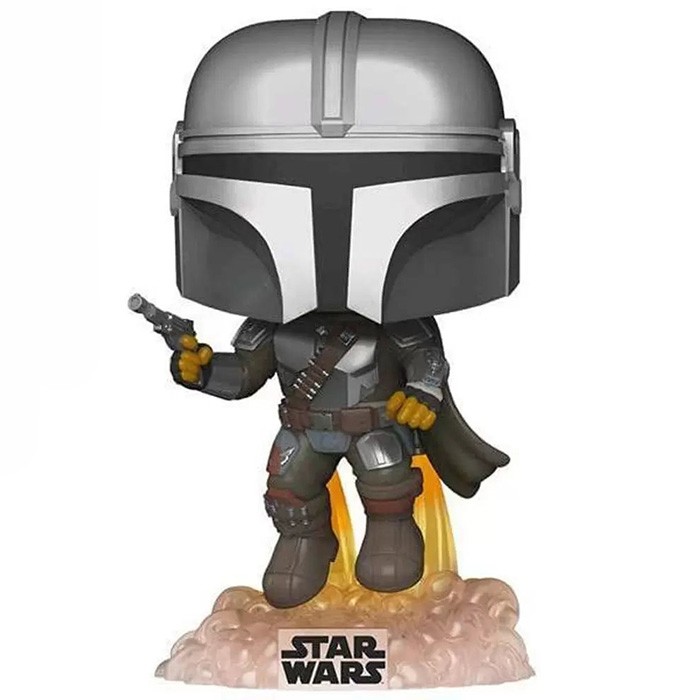 The Mandalorian, whose real name is Din Djarin, is the main character in the Star Wars series The Mandalorian. The series takes place a few years after the end of the first Star Wars trilogy and the fall of the Galactic Empire. Din Djarin is a bounty hunter who, at the beginning of the series, accepts a mission from a former member of the Empire. But when he finds his client’s target, he realizes that it is a child of a species that appears to be Yoda’s. He takes the child back to his client but being afraid of what the client will do to him, as the child saved his life with his power, he changes his mind and goes back for him. This triggers fights with the rich client’s personal guard. Fortunately, he can count on the help of renegade Mandalorians and his own technology. 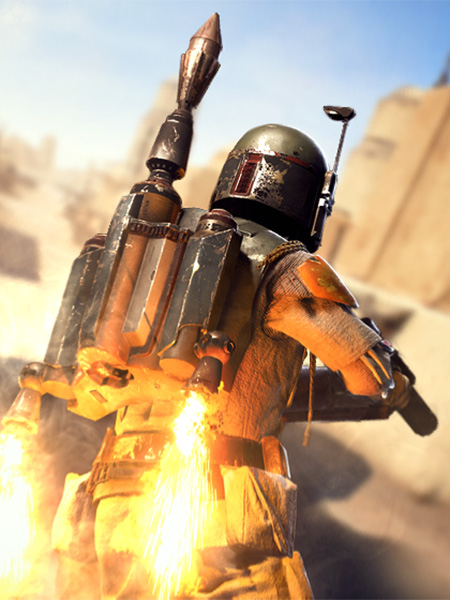 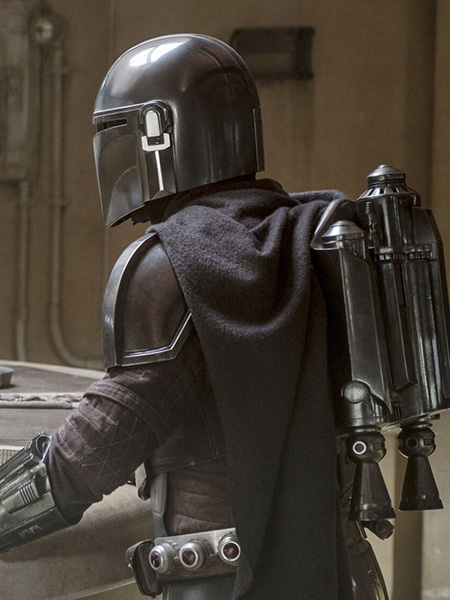 An Outing of Note

The mandalorian is shown here using the jet pack integrated to his armor to escape a fight scene. We find his armor made of metal and leather pieces of different origins but also some pieces of beskar, the rare and particularly precious metal for those of his people. We also find this famous helmet with the characteristic shape that all the mandalorians wear. He holds a pistol in his right hand and is propelled into the air by the jet pack which creates a cloud of fire and smoke. 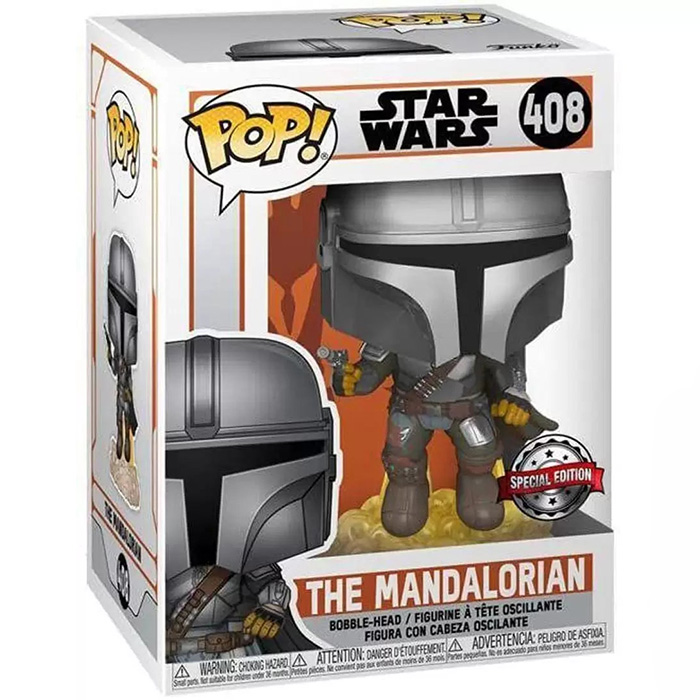