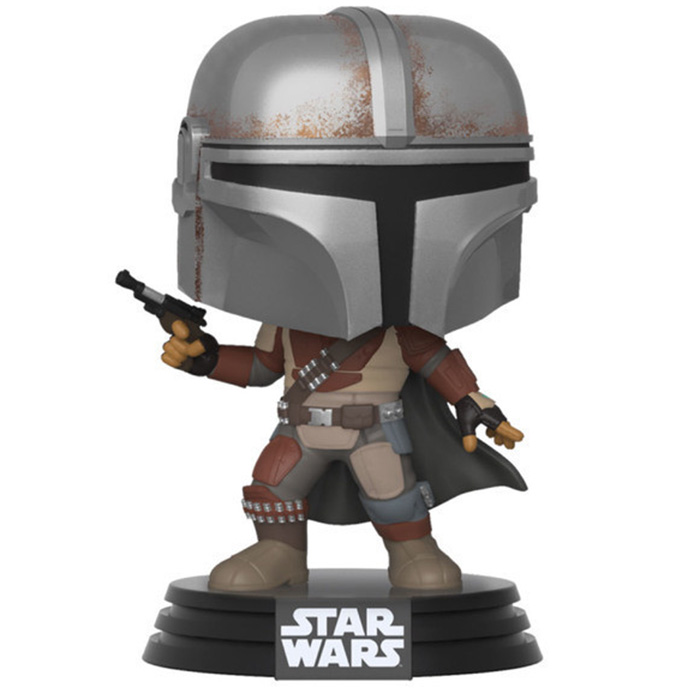 The Mandalorian is the hero of the TV series of the same name set in the Star Wars universe. He is a bounty hunter who is part of the highly secretive order of Mandalorians who are not even allowed to remove their helmets and show their faces. At the beginning of the series, he accepts a mission for a rich client, a former high ranking officer in the empire. The Mandalorian accepts the assignment and finds the strange child the client was looking for. But after delivering it to the client in question, he begins to feel remorse, changes his mind and goes to retrieve the child. He then finds himself as one of the most wanted men in the galaxy. Fortunately, he will meet allies like Cara Dune and Kuiil along the way, who will help him stay alive and protect the child. 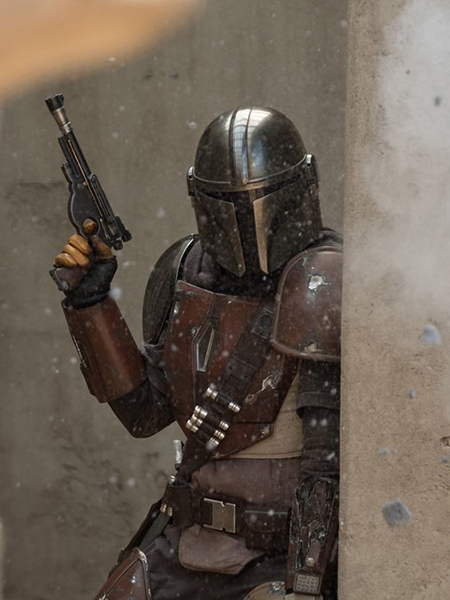 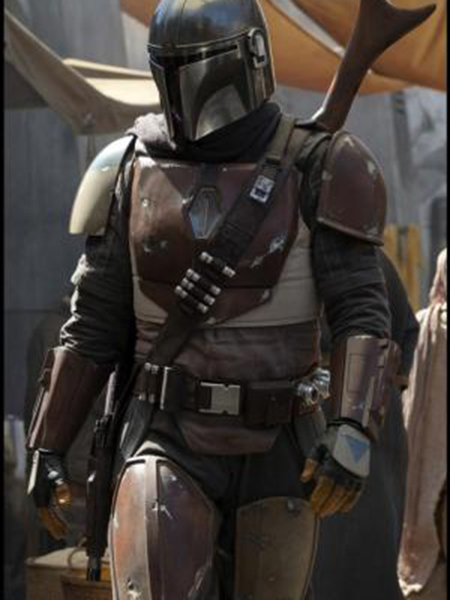 The Mandalorian is shown here as seen in the early episodes of the series with his still minimalist beskar armor. He wears a dark blue outfit with brown leather armor plates and gray boots. He has several belts and harnesses for his ammunition around him and wears a long black cape. He wears his famous mandalorian helmet here a bit dirty and damaged and holds a single pistol in his hand with a rather classic style. 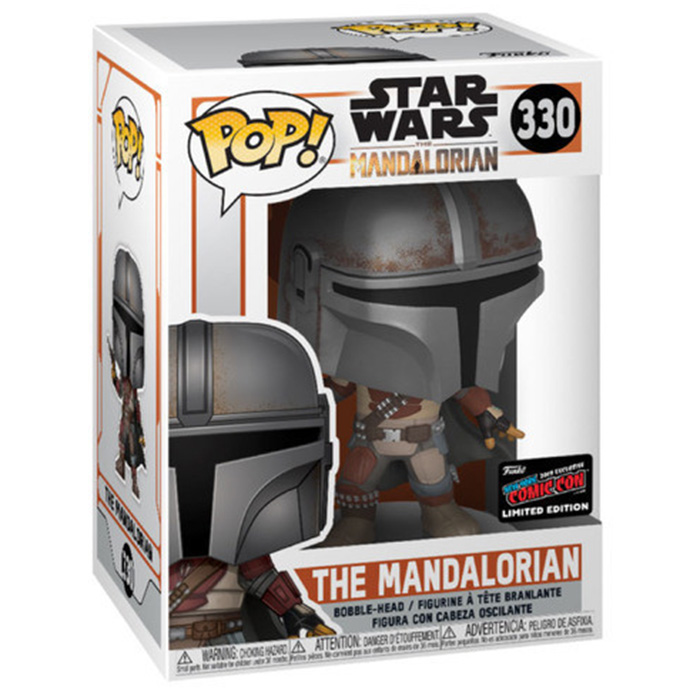