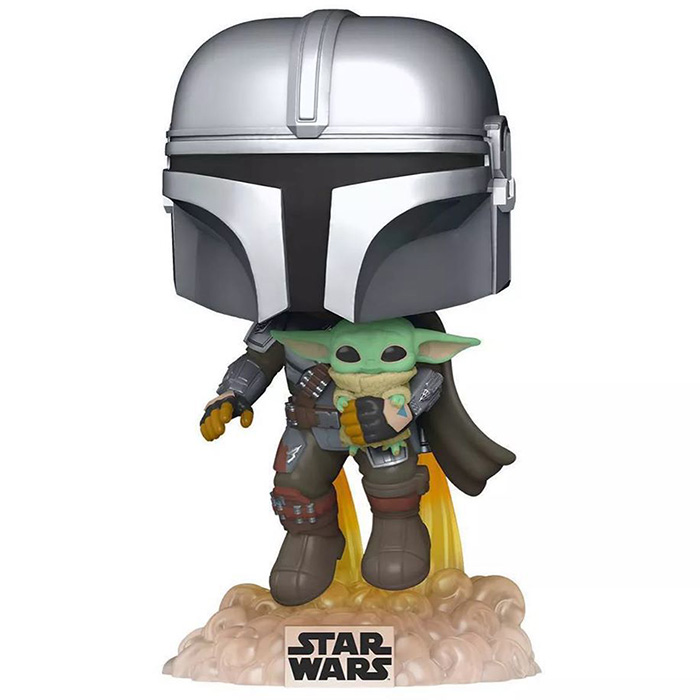 The Mandalorian is the central character in the Star Wars series of the same name. In a galaxy where the empire has just collapsed, several hundred years before the first Star Wars trilogy, The Mandalorian is a bounty hunter from a people whose one of his specificities is to never show his face. At the beginning of the series, he is hired to find a young member of a strange hopeful who appears to be the young Yoda. Although he becomes somewhat attached to the young child, especially after the latter saves his life by using the Force, The Mandalorian brings the child back to his client and collects his bounty. But he eventually changes his mind and returns to get him, of course incurring the wrath of the men assigned to his wealthy client’s security. Fortunately, several of his people are there to help him and he manages to escape with the child in his arms thanks to the jet-pack built into his armor. 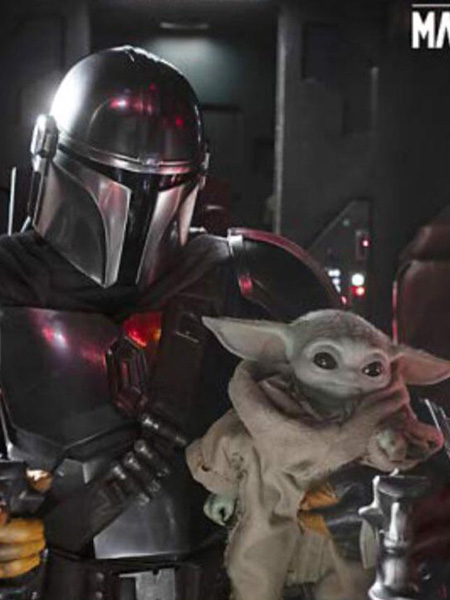 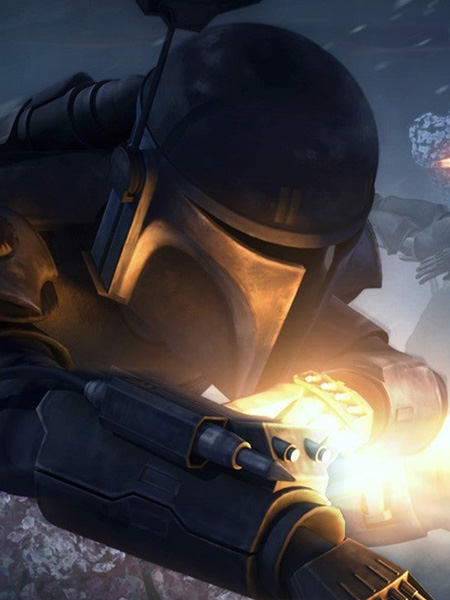 For this new version of the already famous duo, Funko decided to represent The Mandalorian running away with the child. He wears an outfit in shades of grey and brown that seems to be made of several different fabrics as well as brown leather boots with slots for ammunition. He wears various pieces of leather armor but also metal armor pieces on his arms and shoulders. On his head, he wears his typical mandalorian helmet that completely hides his head. In his left hand, he holds the Yoda child with his big green ears and his small beige coat. Finally, he is escaping with him thanks to the jet-pack in his back and we can see the smoke and the flames which create a base to give the impression that he is flying away. 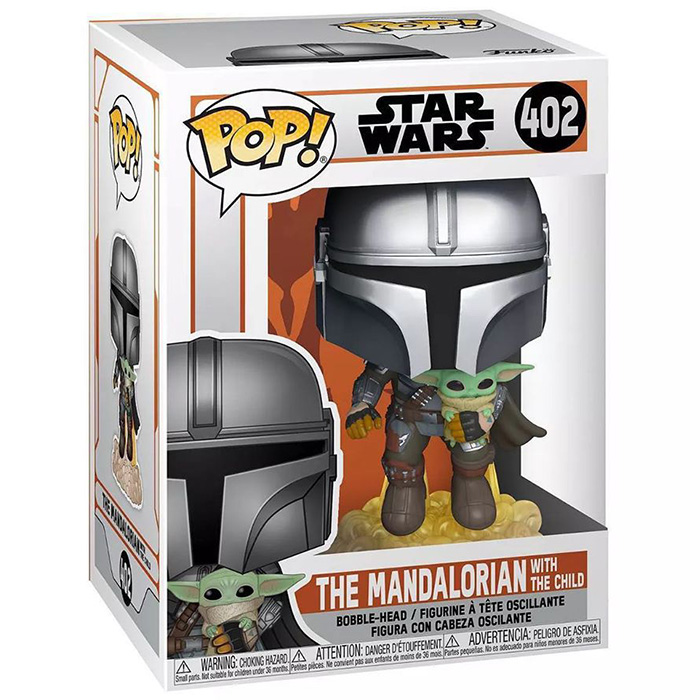