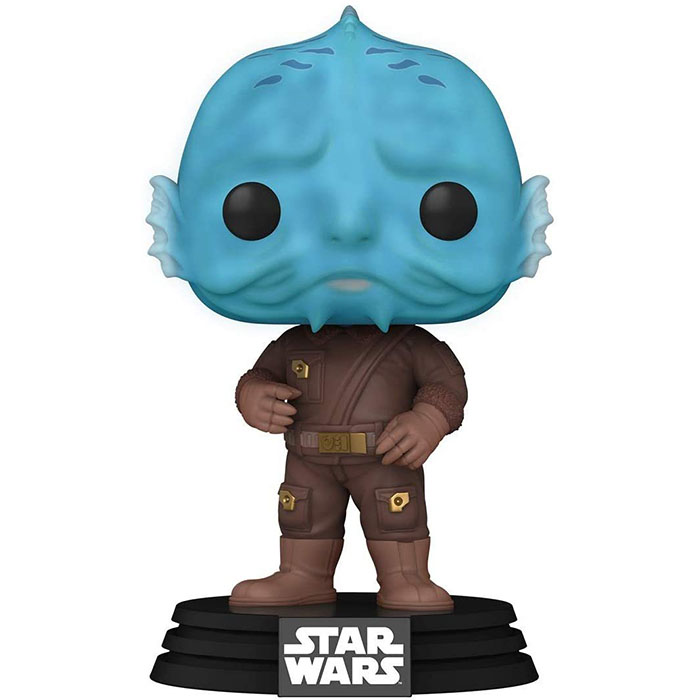 Mythrols are humanoid creatures found in the Star Wars universe. They are amphibious and have fish-like features such as gills or fins on the side of their heads. A mythrol is the first target of the bounty hunter known as the Mandalorian in the first episode of the first season of The Mandalorian. The Mandalorian finds him in a bar on an unknown planet and rescues him from two other men only to pick him up himself, take him to his ship and return him to his client. 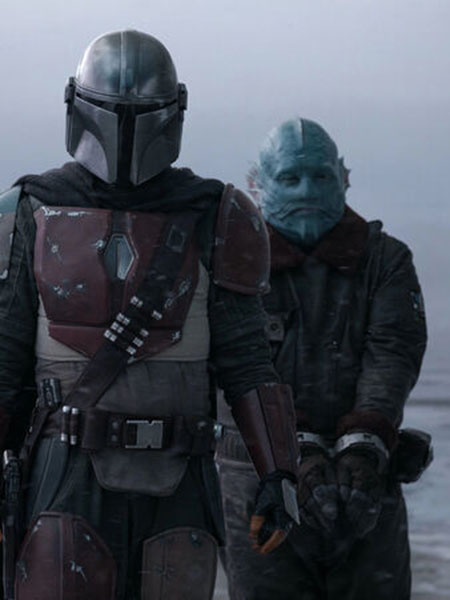 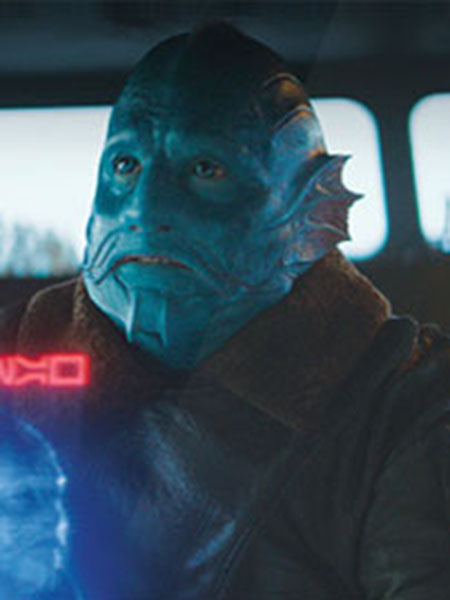 Funko represented here the mythrol that we meet in this first episode. He wears a large brown suit with several pockets closed by golden elements. He also wears light brown boots and fur-lined gloves, the planet he is on being rather cold. Finally, we find this amphibious creature head. This one is blue with small fins on the sides and an almost non-existent nose. 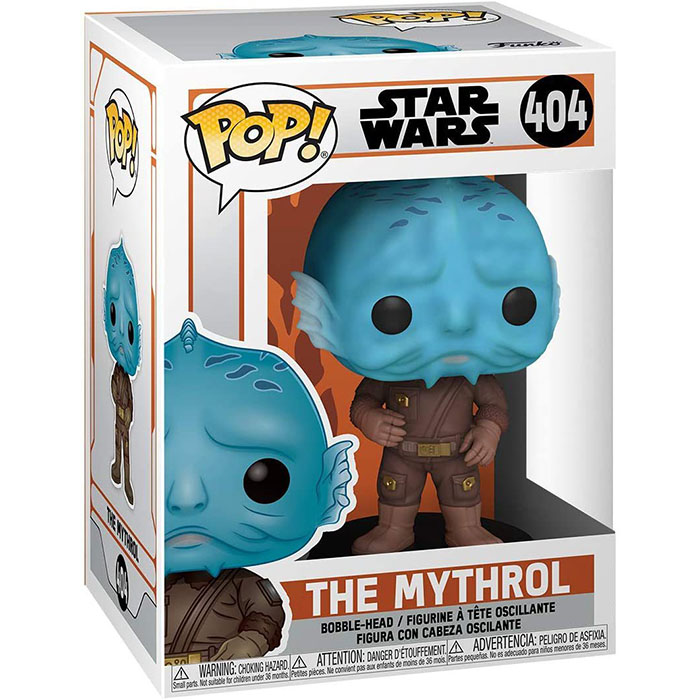