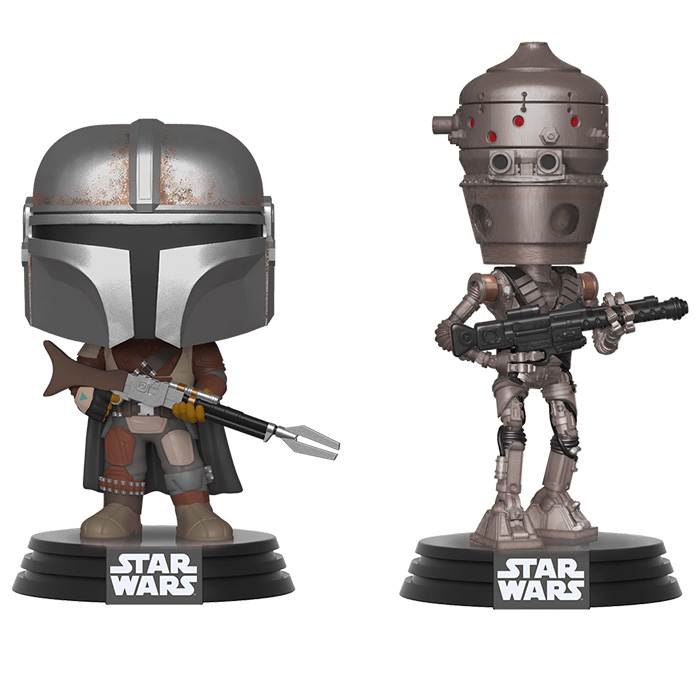 The Mandalorian and IG-11 are two bounty hunters in The Mandalorian series set in the Star Wars universe several hundred years before the beginning of the first trilogy. At the beginning of the series, The Mandalorian is given a special assignment by a very wealthy client who asks him to find a mysterious target for a very large sum of money. He accepts and goes to the planet where the target is located. But when he arrives at the target’s lair in the middle of the desert, he meets another bounty hunter, a droid, who has accepted the same mission. While they start out fighting, they eventually have to team up to fight all the men controlling the lair. They finally manage to get in and find the target. But IG-11 is tasked with killing him and The Mandalorian shoots him before he can and retrieves the target, which happens to be the child of an unknown species. Eventually, The Mandalorian goes to retrieve the child after delivering it to the client and finds himself being chased. When he returns to the planet in question to find his friend Kuiil and ask for his help, he realizes that Kuiil has reprogrammed IG-11, and IG-11 proves to be very helpful. 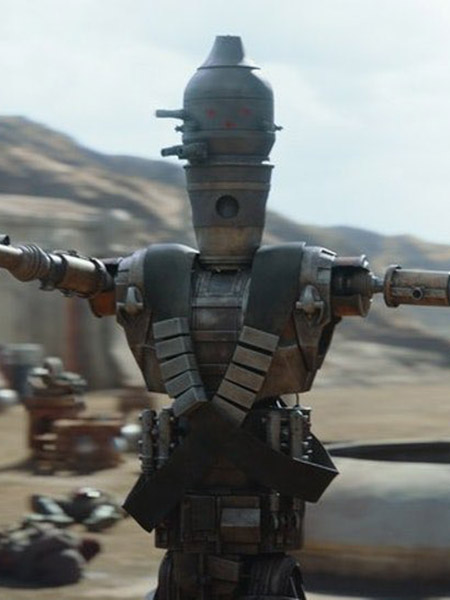 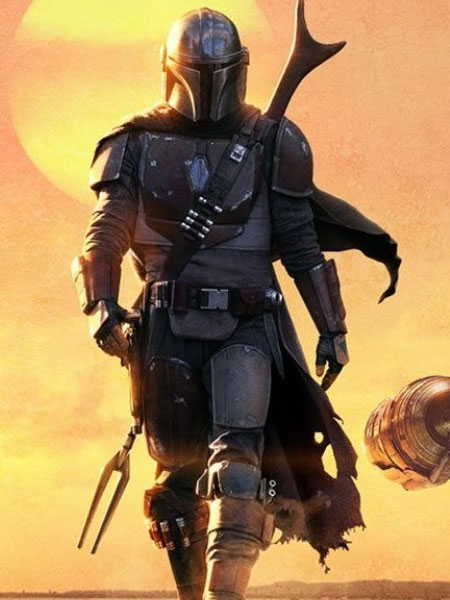 For this 2 pack, Funko has represented the two bounty hunters during the first mission of the series. The Mandalorian is represented with his warrior outfit and his armor not yet improved by the beskar. This one is mainly blue with brown or grey armor pieces and matching boots. He also wears his long cloak and especially this famous helmet with the characteristic shape that Mandalorians wear. He is also holding his electricity-generating rifle in his hands. IG-11 is a humanoid droid made of silver metal with perfectly detailed limbs. You can also see that he is a bit rusty or dirty in places. His head is long and slightly conical with two elements that look like eyes and a high part that can turn 360°, giving him a perfect field of vision. Finally, he holds his laser rifle in his two hands. 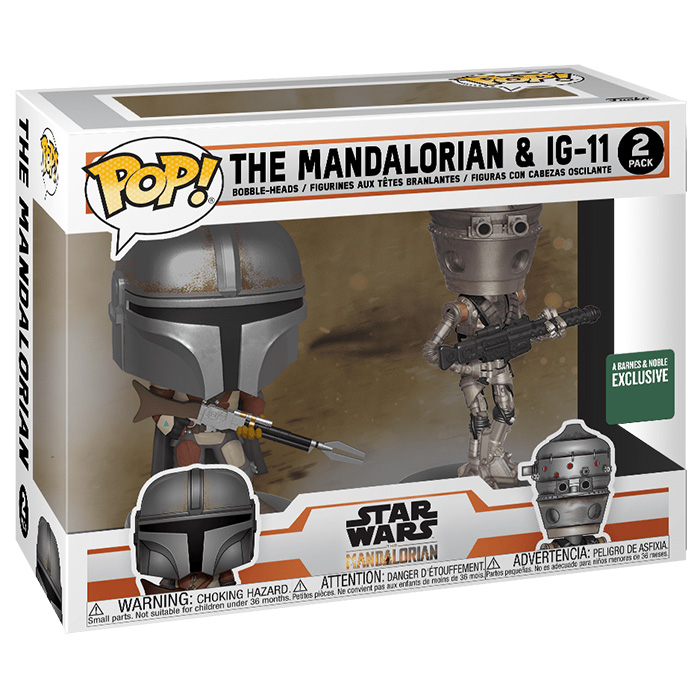