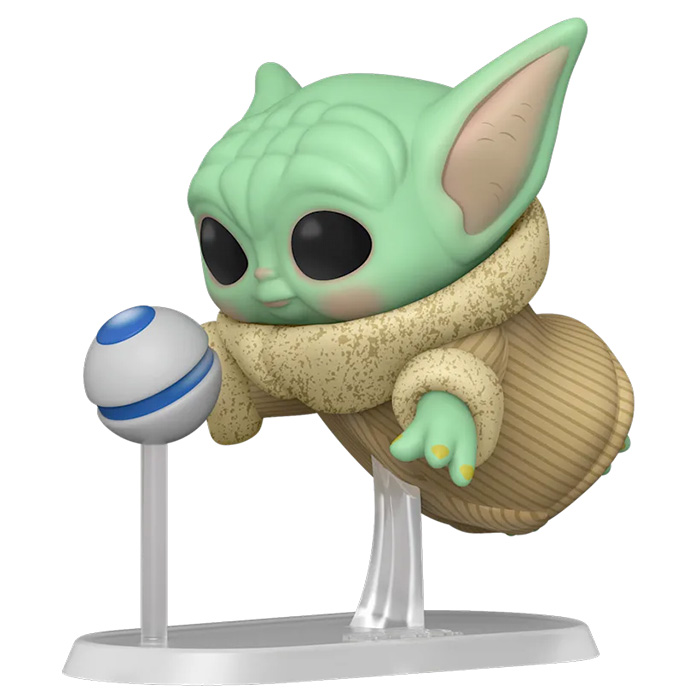 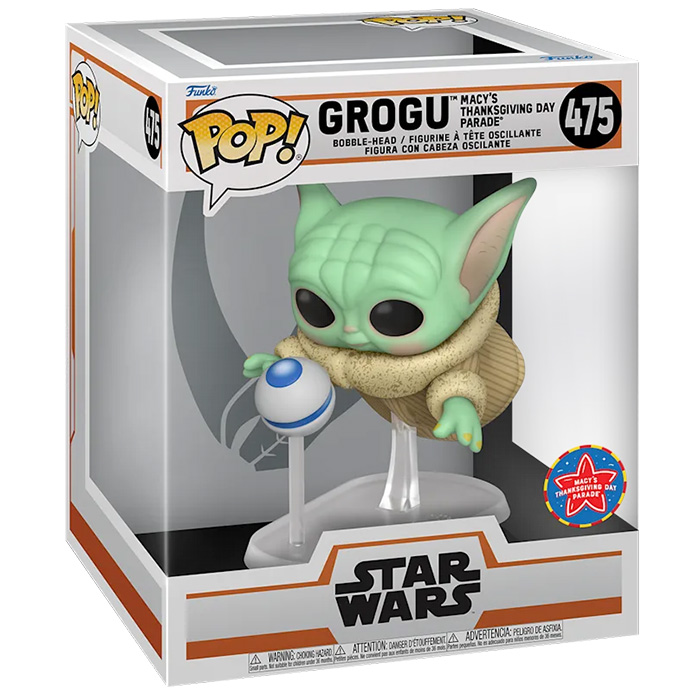 Grogu is the character known simply as “the child” or even as “baby Yoda” during a whole part of the Star Wars series The Mandalorian. He is a child of the race of the famous Master Yoda that the bounty hunter Din Djarin (nicknamed The Mandalorian) is sent to find for a mysterious client who is a former member of the Galactic Empire. He finds him and brings him back, but as the child has shown he can use the force to save Din Djarin, the latter fears what the client will do to him. He then goes back and gets him, finding himself with every bounty hunter in the galaxy after him. In season two, Din Djarin is on a quest to find a Jedi to take care of the child and try to learn more about his past. It is during this quest that he learns that the latter is called Grogu and that he is not as we thought the Yoda child but rather a disciple or even a clone of the latter. 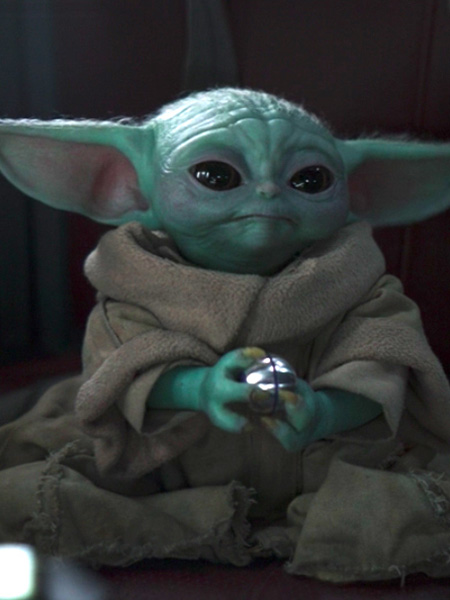 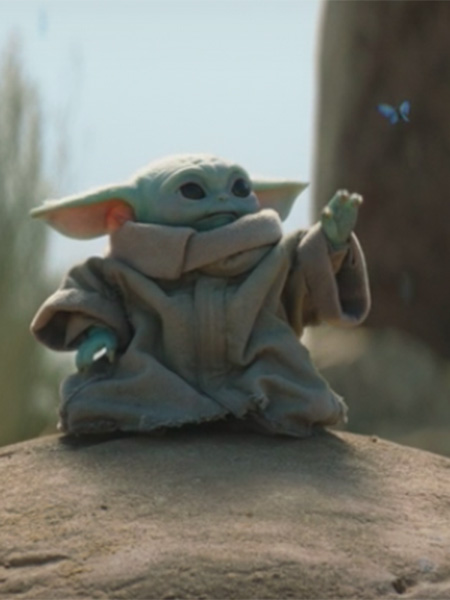 Grogu in the parade

For this exclusive figure, Funko did not depict Grogu in the series but as a huge floating balloon as seen in the Macy’s Thanksgiving Day Parade. He’s on a clear plastic base to make it look like he’s flying, and the same goes for the metal object from Din Djarin’s ship that he’s trying to catch. He is represented with his beige cloth dress with simplified forms to show this plastic side. His head is also simplified and the whole more “inflated” than normal. He is wearing a cute little smile as he tries to catch his toy.