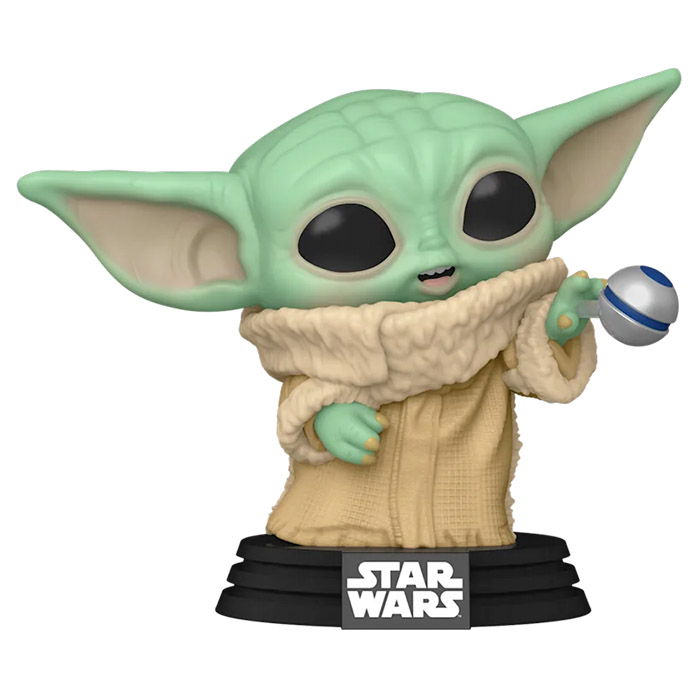 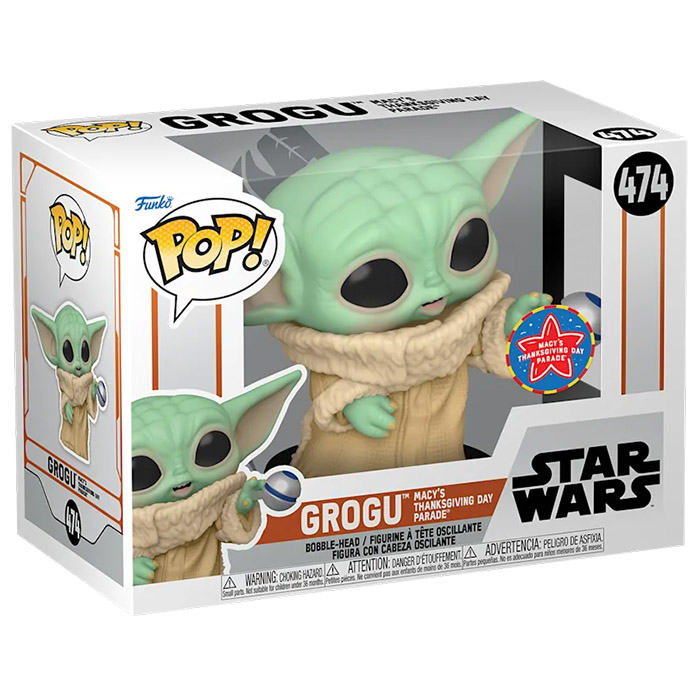 Grogu is one of the important characters in The Mandalorian series and is the source of the entire plot of the series. His identity is mysterious during a whole part of the series and although we suspect that he is a child version of Yoda, we finally learn during season two that his name is Grogu and that he might be a disciple or even a clone of Master Yoda. Din Djarin, The Mandalorian, is a bounty hunter who is given the mission to find him at the beginning of the series. He succeeds after many adventures and brings him back to his client, a wealthy former member of the Galactic Empire. But having seen what the child could do and having become attached, he is afraid of what the client might do to him and returns for him. He escapes with the child and finds himself the target of every bounty hunter in the galaxy until he makes a deal with his guild leader at the end of season one. 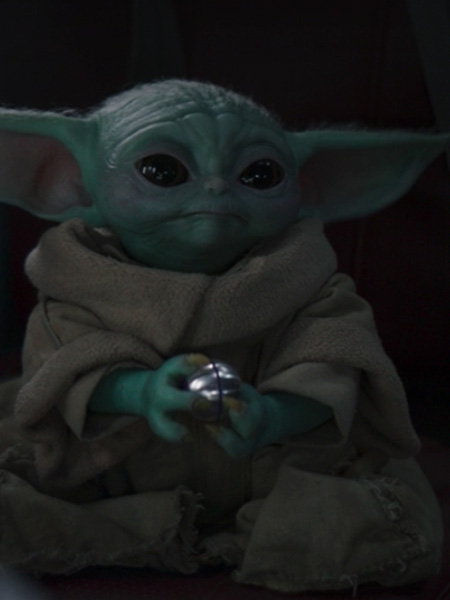 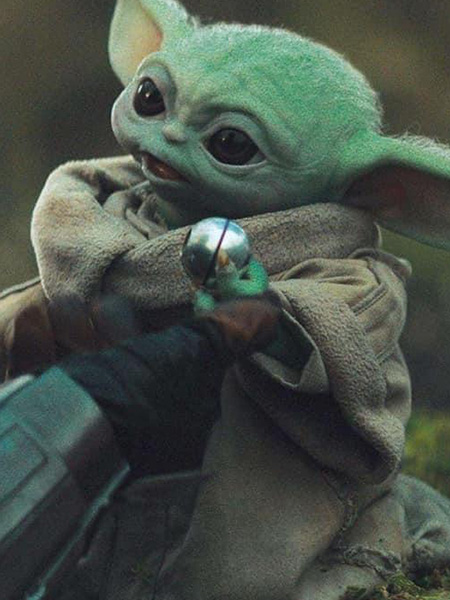 Grogu and the Force

For this Macy’s stores exclusive figure, Funko depicted Grogu using the force to grab one of the buttons on Din Djarin’s ship to play with. He is standing and wearing his little beige fur-trimmed robe that covers his entire body. One hand is raised to use the force to bring the silver and blue button to him. His little head is tilted, his large ears to the sides, and he wears an amused smile revealing small, sharp teeth.