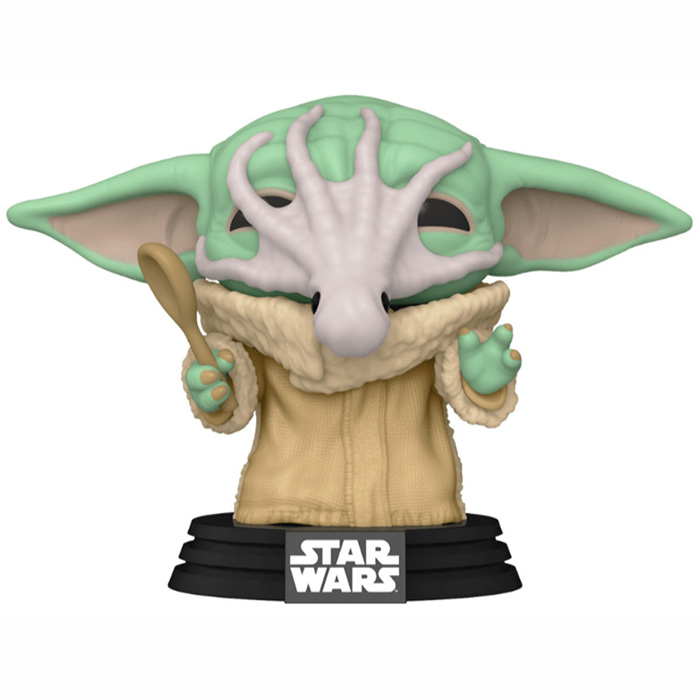 Grogu is one of the main characters in the Star Wars series The Mandalorian. He is a child of the same race as Jedi Master Yoda and is thought to be a baby version of him for much of seasons 1 and 2 of the series. Din Djarin, “the mandalorian” is a bounty hunter sent to find this child and bring him back to his client, a former member of the empire. But Din Djarin finally decides to take the child back and protect him. He has saved him several times and is afraid of what his client had planned to do to him. In season two, he is looking for other Mandalorians who can help him find someone who can take care of the child properly. He then meets the Jedi Ahsoka who tells him that the child’s name is actually Grogu and sends him to Luke Skywalker. In the meantime, they will find themselves in many adventures, including one on a pirate ship where they will almost be eaten by a huge kraken. 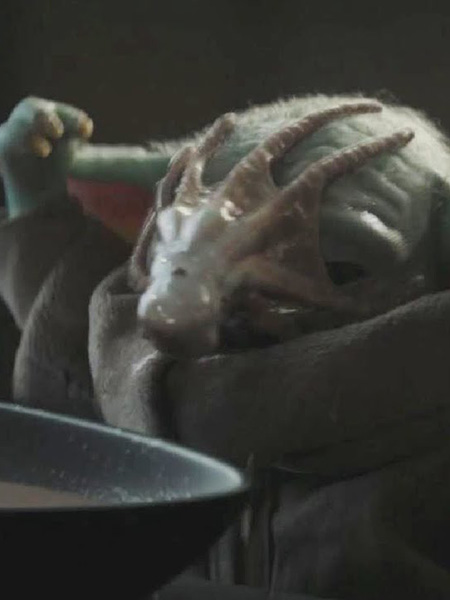 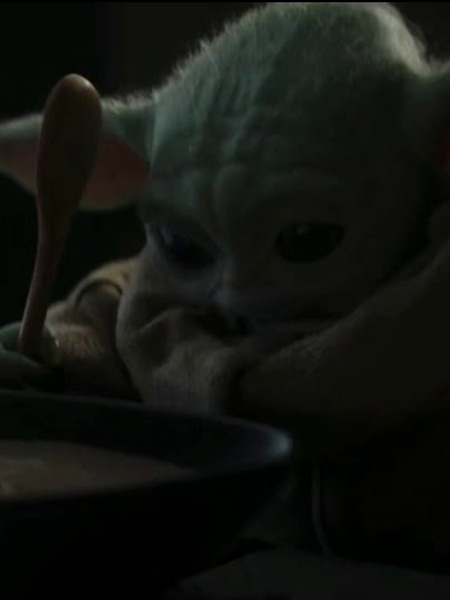 Grogu is shown here in this scene from a season two episode where Din Djarin goes to a pirate bar and Grogu tries to eat a fish soup that has some sort of octopus in it that jumps up and grabs his face. Otherwise, he’s wearing that long beige robe made of some sort of canvas with beige fur trim on the collar and sleeves as always. His little three-fingered hands are stretched forward. Finally, at the head level, we find his big ears on the sides, his half-closed eyes and thus this big octopus which clings to his face. 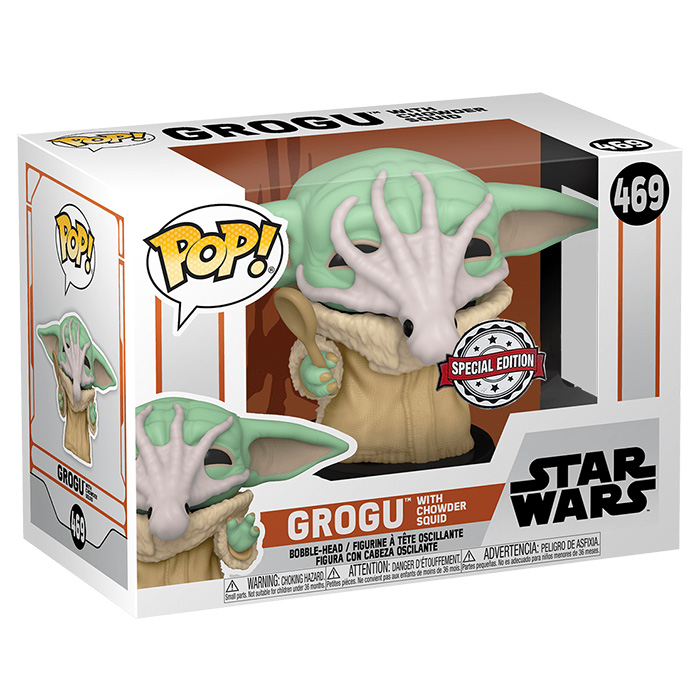