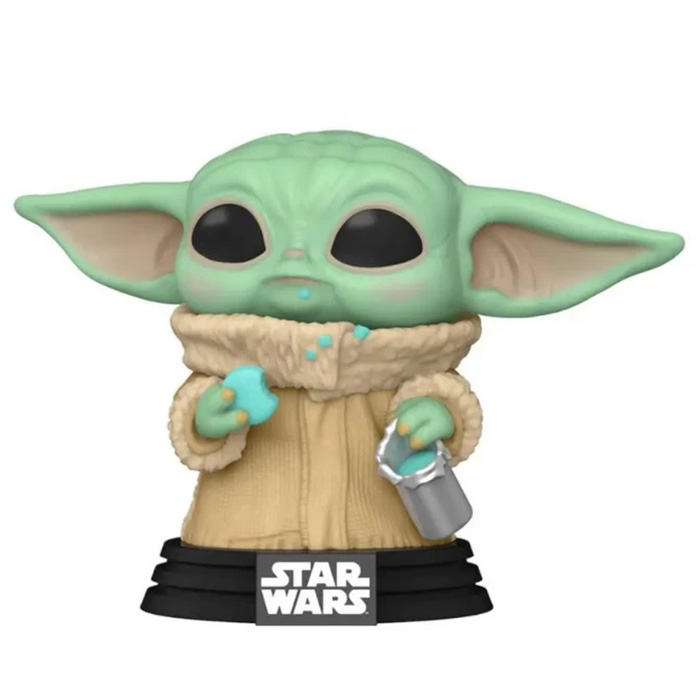 A child not very wise

Grogu is one of the main characters in the Star Wars The Mandalorian series. Throughout the first part of the series, we are led to believe that he is the child version of Yoda, the famous great Jedi master. The Mandalorian, a famous bounty hunter, is tasked with bringing him back to a wealthy client, a former member of the empire at the beginning of the series. But after delivering the child, he finally changes his mind and comes to get him back. He realizes that the child is special and is afraid of what his client might do to him. Not to mention the fact that he has become attached to the child. The child shows a gift for strength which he uses several times to save the mandalorian or his friends. Although he is supposed to be 50 years old, he still looks like a young child and speaks very little. He also does silly things like a child and tends to eat what he’s not supposed to eat or play with what he’s not supposed to play with. In the second season, thanks to Ahsoka, we learn that his name is Grogu and that he might be a sort of clone of Master Yoda. 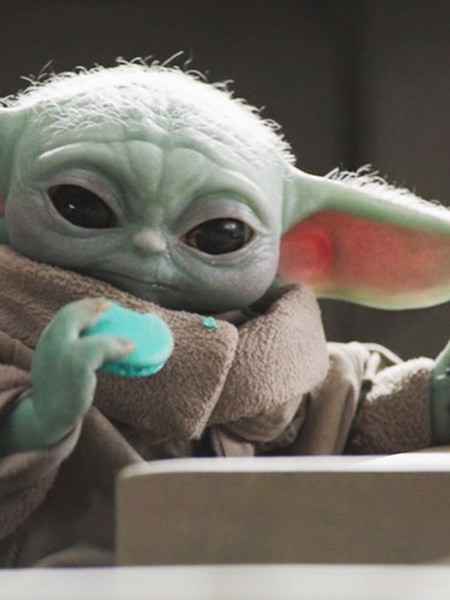 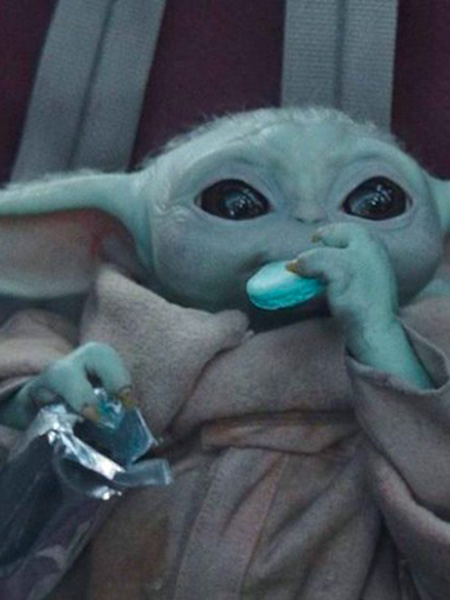 Grogu is shown here eating the cookies he stole from a child in the season two episode where the Mandalorian entrusts him to his friend while he goes to help Cara Dune during a mission. He is standing wearing as always his little beige dress with fur on the collar and sleeves. At the head level, we can see his big green ears and cake crumbs on his face and the top of his dress. Finally, he is holding a package of blue cookies looking a bit like macaroons and in the other hand, he is holding an opened one. 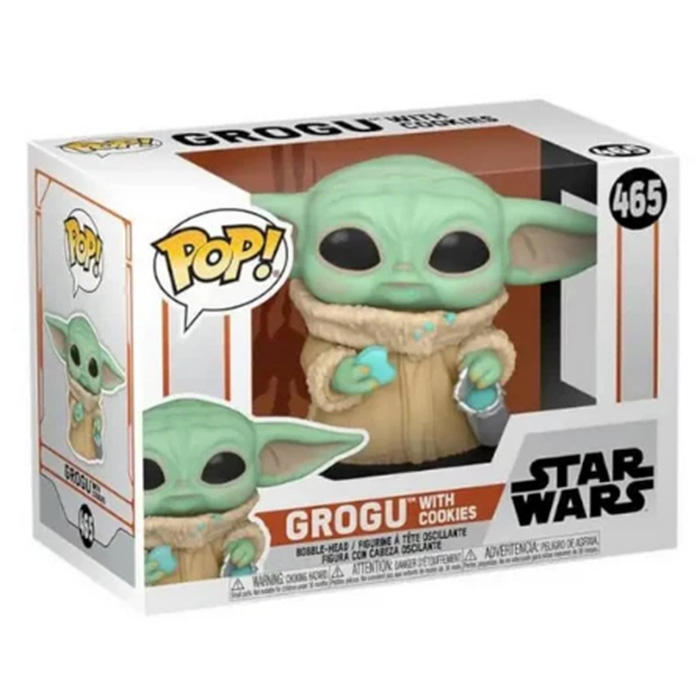