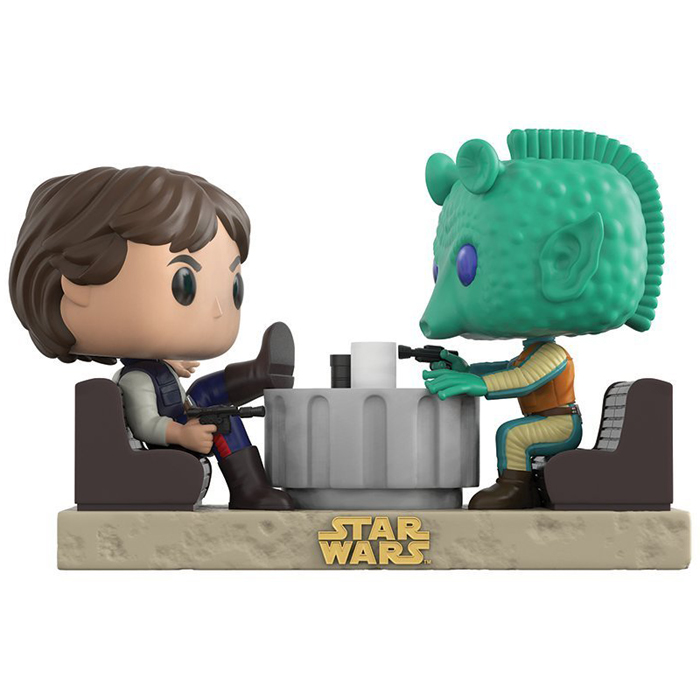 The duel between Han Solo and Greedo in the Mos Eisley cantina is one of the famous ones from the very first Star Wars: A New Hope movie. Han Solo goes to this famous bar filled with smugglers, bounty hunters and other unsavory characters. There he crosses paths with Greedo, who works for Jabba The Hut and to whom Han owes money after losing one of his shipments. They have a staring contest and eventually Han kills Greedo with a hidden blaster gun. 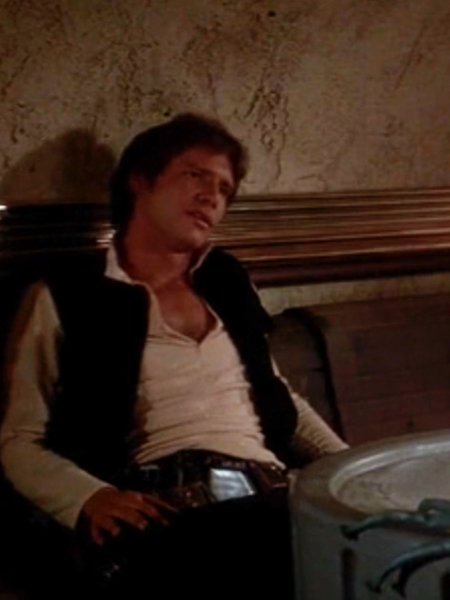 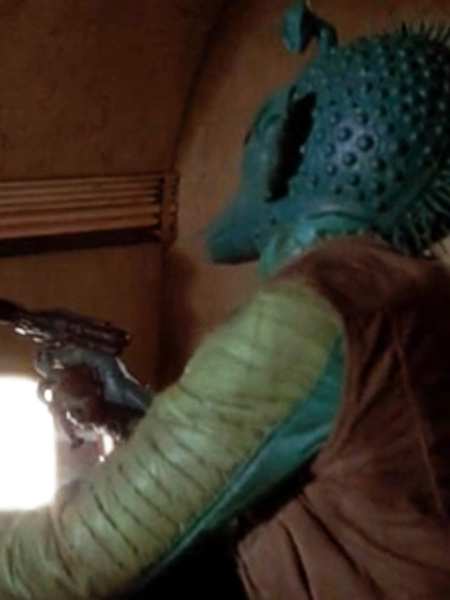 The scene is depicted on a beige base representing the sand of the planet Tatooine on which the cantina is located. The two characters are around a round grey table. On the left, we can see Han with his blue pants and his famous sleeveless vest and a foot on the table. 0 right we find Greedo on an identical grey armchair with his funny green skin and his kind of fish head with two big ears, antennas and purple eyes. 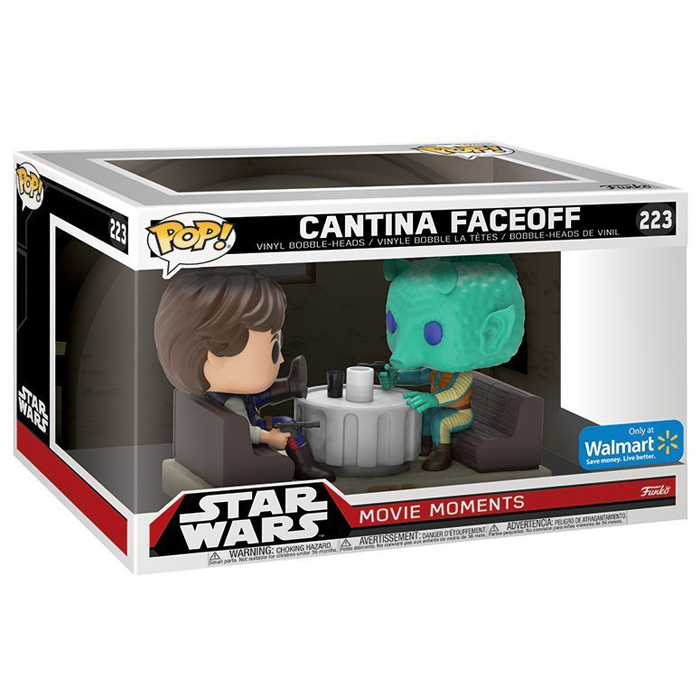