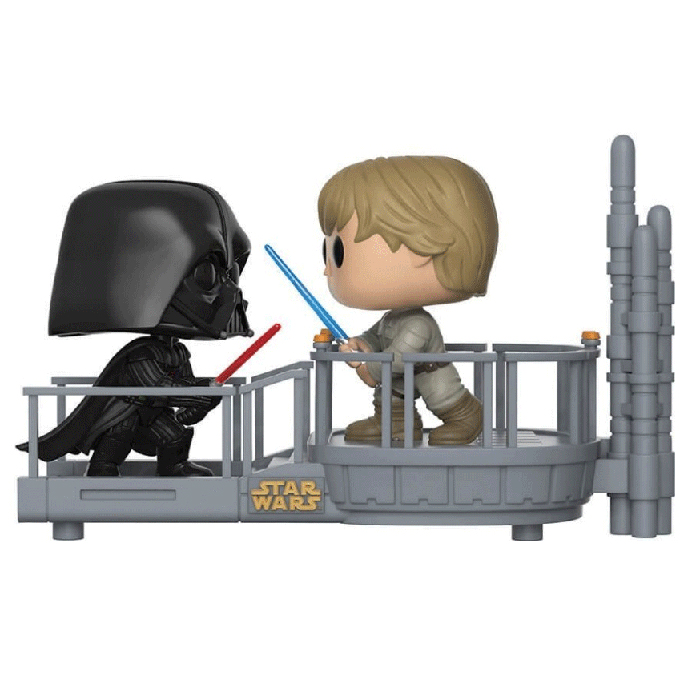 The duel on Cloud City is a cult moment in the Star Wars saga. This one takes place between Luke Skywalker and Darth Vader in The Empire Strikes Back, the second film of the first trilogy. Darth Vader sets a trap for Luke after missing his capture on Hoth. They fight with lightsabers on the different platforms of the city until Darth Vader reveals to Luke that he is his father. The fight ends with Darth Vader cutting off Luke’s right arm but Luke still manages to escape. 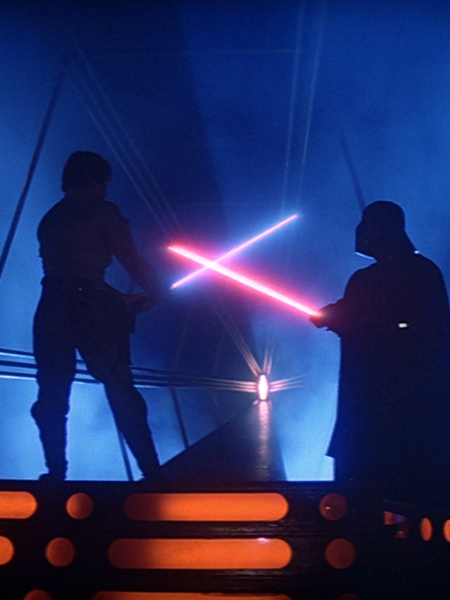 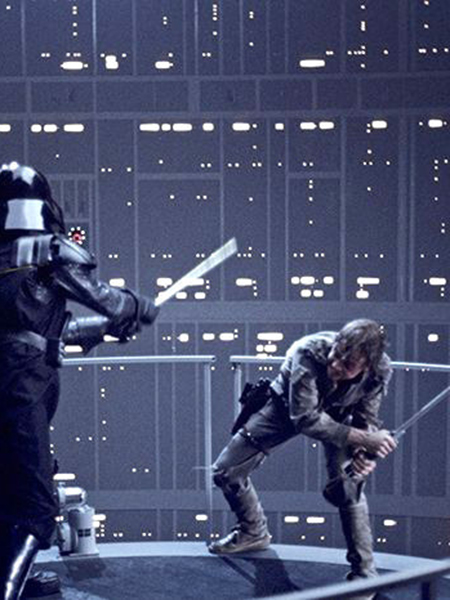 Being perhaps the most cult moment of the saga, it was logical that Funko decided to represent this scene in movie moments. So we find this kind of grey platform with many small details like the orange light behind Luke and some steps between the two characters. The two are face to face in fighting postures. Darth Vader is of course wearing his usual black outfit and holding his red lightsaber in front of him. Luke, on the other hand, is holding his blue lightsaber and wearing his beige Jedi outfit. 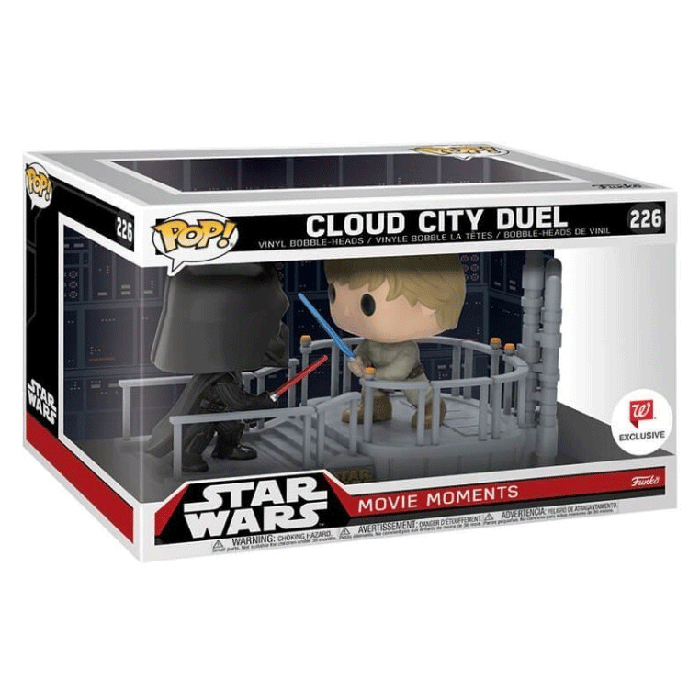