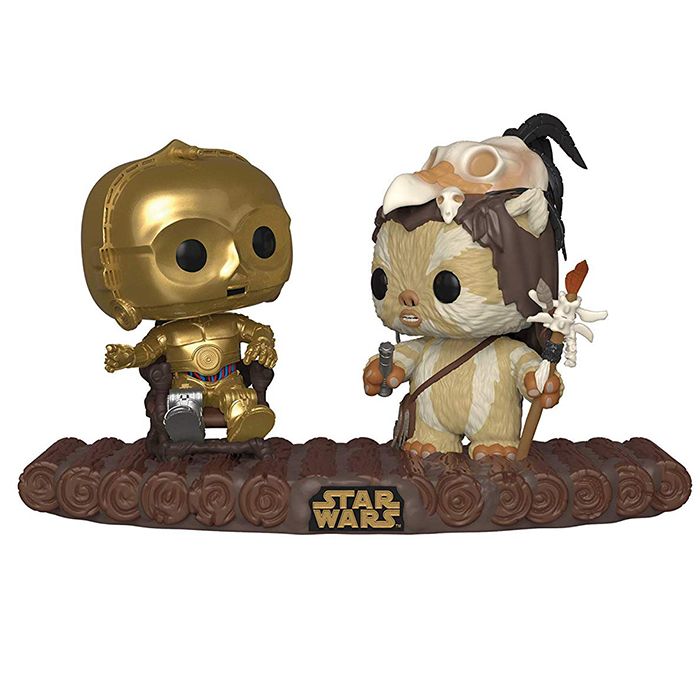 In the third episode of the first Star Wars trilogy, Return Of The Jedi, Leia, Luke, Han and their friends travel to the moon of Endor on behalf of the resistance to plan a final attack on Darth Vader’s Death Star. There they meet the Ewoks, small hairy creatures who are rather cute but are in fact real warriors who take them prisoner. After talking to the elders and explaining why they came to Endor, the Ewoks finally let them go. But during their stay with the Ewoks, one of them is particularly interested in C3-PO’s appearance with his human-robot look. 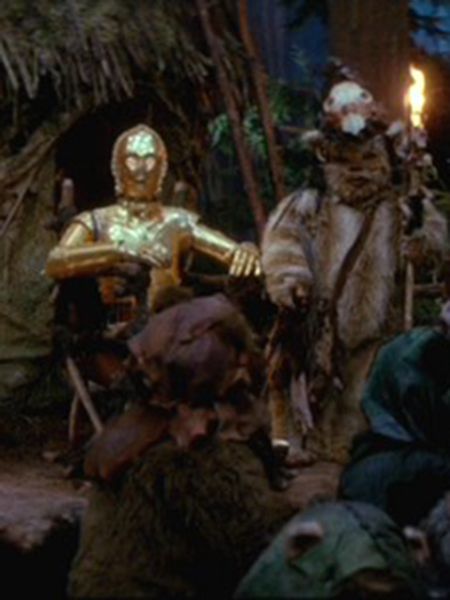 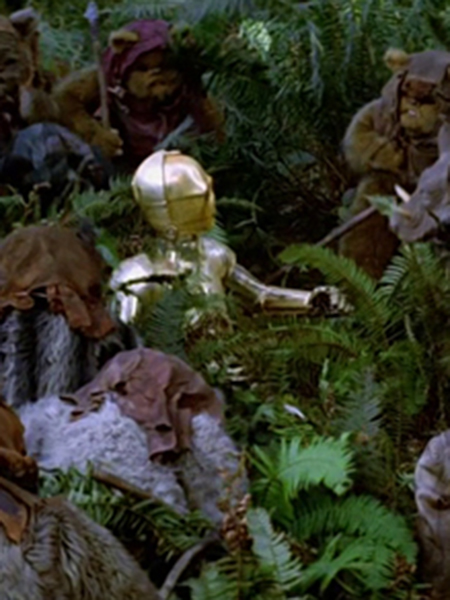 For this scene, the two characters are on a stand representing the wooden logs of the ewoks’ tree houses. C3-PO is sitting on a wooden chair with his silver leg standing out against the rest of his golden body and looking up at the little ewok with a slightly worried expression. The Ewok, meanwhile, is shown with his white and beige fur and wearing this impressive shaman headdress with a large skull and several small ones. He also holds a stick decorated with bones and feathers and holds Luke’s lightsaber in his right hand. 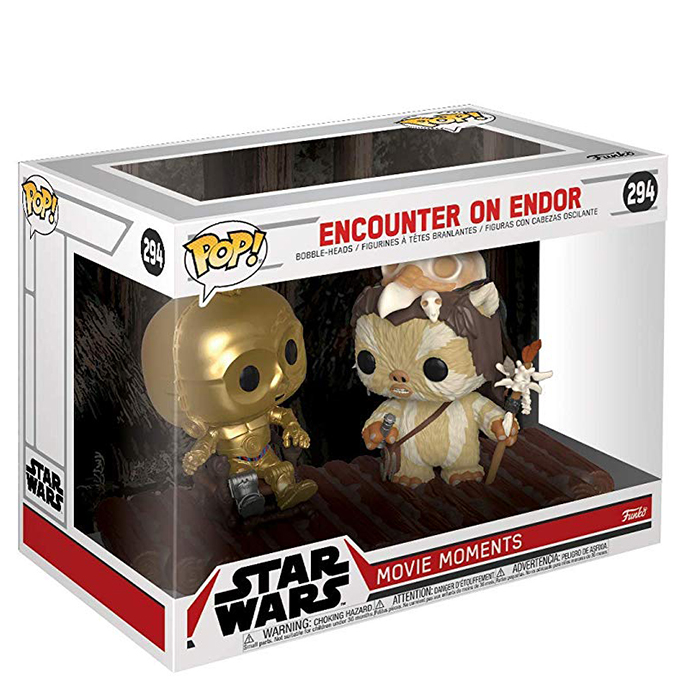